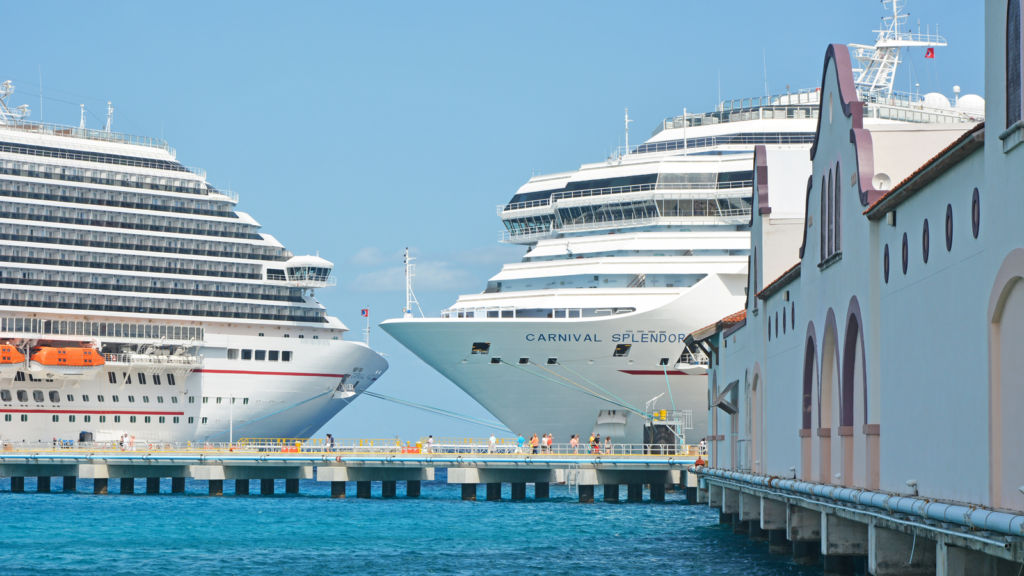 Shares of Carnival Cruise Lines (NYSE:CCL) have climbed approximately 20% in the last month. That puts CCL stock within hailing distance of its pre-pandemic price. I understand that the market is forward thinking, but this seems to be an example of irrational exuberance.

As of now, over 82 million Americans have received a Covid-19 vaccine. This is evidence, not just hope, but empirical evidence that the pandemic is much better.

But still, CCL seems to be a stock that’s moved too high, too fast. In this article, I’ll explain why.

Ships Are Still In Port

My colleague Josh Enomoto pointed out that airline passenger volume was up to about 38% of pre-pandemic levels from Feb. 1 through Feb. 19. Undoubtedly, those numbers will look even better as they are compared to pandemic numbers in the coming months.

However, airlines were operating, albeit in dribs and drabs, throughout the pandemic. Carnival is not going to be sailing for quite some time. In January, the company stated that the Carnival Magic, Carnival Paradise and Carnival Valor will not resume operations until November 2021. Overall, the cruise line will not be resuming operation until June of this year.

And that isn’t all. Here are just three headlines on Cardinal’s investor relations website:

This simply means it’s going to be quite some time before the cruise line sees smooth sailing from a revenue perspective.

In 2020, Carnival brought in about 5.6 billion in revenue. That was a year-over-year decline of more than 70%. However, that included a first quarter in which the company was operating under pre-pandemic conditions. When you look at the following four quarters, including the first quarter of 2021 that the company reported in January, the revenue picture is even worse.

Not surprisingly Carnival announced it was raising $1 billion from a public offering. Investors took a brief pause, but then CCL stock began trading at nearly a 12-month high.

And it’s also important to note that CCL stock was flat to slightly negative throughout much of 2019. And keep in mind that in 2019, the company had slightly more revenue than it delivered in 2018.

It would be one thing if Carnival was a pre-revenue company. But they’re not. Yet investors are buying CCL stock as if it was. That’s not a formula for success, when it’s likely that the company won’t start delivering meaningful revenue before 2022.

Wait For a Better Price For CCL Stock

I’m not intending to bash Carnival. The Covid-19 pandemic hit cruise lines particularly hard. As I noted above, airlines at least had a trickle of revenue. The same was true of hotels. But cruise lines were literally banned from sailing.

I believe the company is being transparent with investors. It’s not their fault, and to their benefit, that investors are getting excited about CCL stock.

But that doesn’t make it a good investment at this time. The stock price is approximating where the company was, revenue-wise, prior to the pandemic. However, the cruise line won’t be sailing for months.