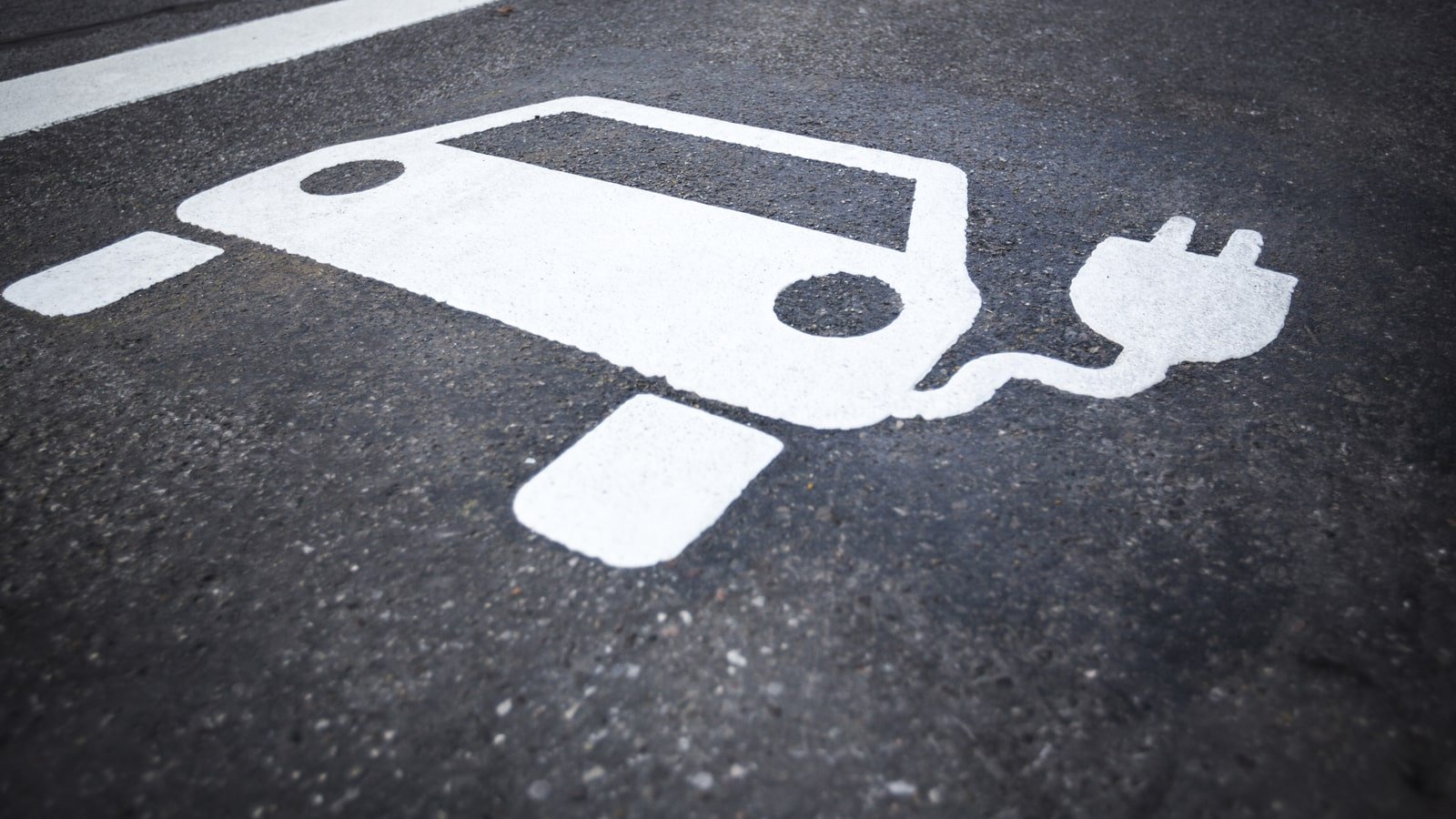 The commercial got a lot of attention when it aired during the Super Bowl. And it was definitely funny.

You probably saw the commercial. It featured well-known actor and comedian Will Ferrell, who was absolutely enraged because “Norway is out EVing us”… meaning beating us in electric vehicles.

In his goofy way, he recruits Kenan Thompson and Awkwafina to grab an EV and meet him in Norway to do something about it. Well, Thompson and Aquafina end up in Finland while Will Ferrell lands in Sweden. Both are right next door, of course.

Norway is one of the leaders in EVs and continues to push hard. Its goal is to become the first nation to sell only EVs … and to do it in the next four years.

But the thing is, if Will Ferrell really wanted to go to the epicenter of EVs, he went to the wrong place.

The trend toward electric vehicles is both massive and unstoppable.

Future cars will be many things — from self-driving to flying — but they will all be electric.

That’s what makes EVs a huge opportunity for smart investors.

Norway wants to be all electric by 2025.

General Motors (NYSE:GM) recently said it would only sell EVs by 2035.

Volvo (OTCMKTS:VLVLY) just announced that it will be all electric by the end of this decade (yet another reason I call it the “Roaring 2020s”).

Volvo, of course, is based in Sweden — which Will Ferrell thought was “adorable.” And yes, it is very nice there. But do you know who owns the company?

Geely Automotive (OTCMKTS:GELYF), which is based in the biggest EV market in the world …

So that’s where Will Ferrell should have gone.

China is actually the world’s largest car market overall, but it is especially dominant in EVs with 30%-40% of the global market. Five million EVs were estimated to be on the road there by last year, and government mandates and subsidies encourage even more sales. At least 12% of vehicles must be electric.

All those EVs need batteries to power them, and China is also a leader in that space with 70% of the world’s EV battery capacity and 80% of battery materials, according to UBS.

A big part of it is attitude. China’s car industry has grown in recent years as more EVs became available, so consumers have more of an openness to them than in other parts of the world.

And to top it all off, EVs manufactured in China are 20%-60% cheaper to build than they are in Europe. Money talks … and it’s practically shouting in this case.

In addition to the big money to be made in hypergrowth themes like EVs, I also like that there are often multiple ways to invest. To be clear, these companies are not recommendations. But I do want to show you just some of the possibilities.

There are the car manufacturers like Geely Automobile (OTCMKTS:GELYF), Great Wall Motor Company (OTCMKTS:GWLLF), Li Auto (NASDAQ:LI), and Volkswagen (OTCMKTS:VWAGY). And, of course, NIO Limited (NYSE:NIO), which has gotten most of the attention over the last year. 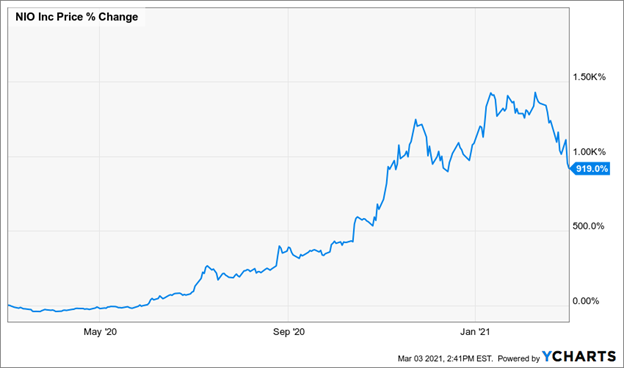 There are also dealers, like China Yongda Automobiles Services (OTCMKTS:CYYHF). Its Hong Kong Stock Exchange listing, which trades under the ticker 3669.HK is up 50% in the last year.

And then there are the “picks and shovels” plays — the suppliers. These are often some of my favorite ways to invest in big themes.

In the auto parts group, you have Minth Group, which focuses on battery housing. It also trades in Hong Kong with the ticker 0425.HK. And don’t forget about lights, which brings us to Changzhou Xingyu Automotive Lighting Systems. It is the country’s leader in lamps, and its Shanghai Stock Exchange listing (601779.SS) has nearly doubled in the last 12 months.

Underpinning all of this are the batteries. Contemporary Amperex Technology, or CATL for short, is best known as Tesla’s (NASDAQ:TSLA) battery supplier and is the world’s biggest EV battery manufacturer. It went public on the Shenzhen Stock Exchange under the symbol 300750.SZ in 2018 and is up more than 14X its offering price as its market value has increased 10X.

Most of these companies you don’t hear as much about because they are based outside of the United States. Some have listings on U.S. exchanges, but some don’t … and they may require a little more research and effort to buy. Still, I encourage you to think beyond borders and not limit your options. In our digital world, it is easier and cheaper than ever to invest in international stocks … and you want to go where the best opportunities out there.

In fact, batteries are a perfect example. All five of the stocks in our Solid State Batteries Portfolio are located outside of the United States. And they’re all making money. The portfolio is up 265% in a little over two years, including a 13-bagger.

Breakthrough battery technology will power the electric vehicles of the future. This hypergrowth trend is well underway, but it’s still early. That means now is the time for smart investors to get in position for the biggest profits.

The 3 Best Fertilizer Stocks to Buy for February
HLBZ Stock: A God-Tier Effort to Keep a Nasdaq Listing
Relief Rally For Chinese Tech
The Biggest Problem with Technical Analysis for Options Traders
TM Stock Alert: What to Know as Toyota CEO Steps Down