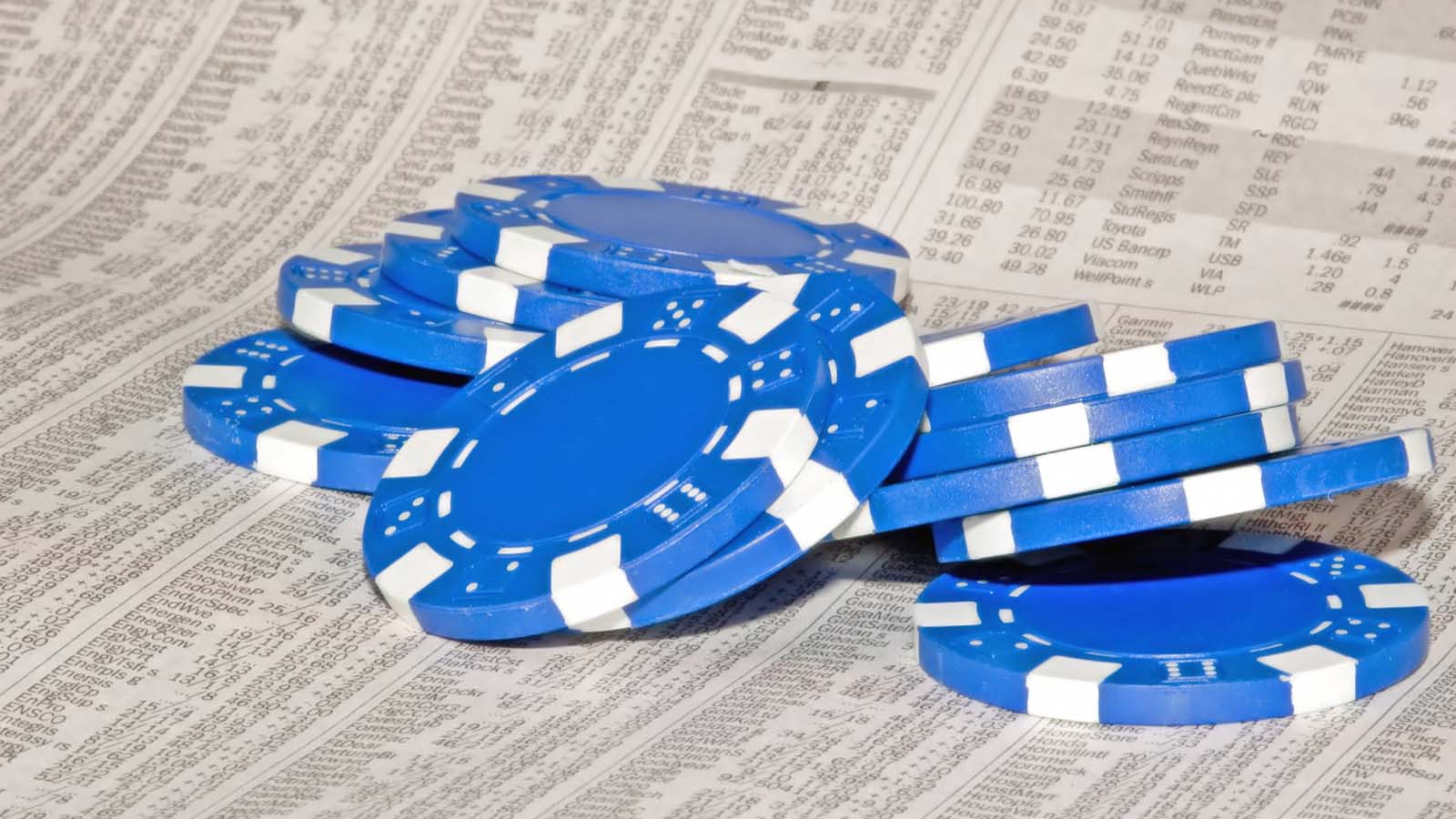 Blue-chip stocks are normally steady and dependable. Investors can count on them to deliver reasonable returns and consistent dividend payments while keeping volatility low and stress to a minimum.

However, several tried and true blue-chip stocks that otherwise performed well over the last 12 months are starting to look a little pale lately. Investor enthusiasm seems to have waned and share prices are slumping.

Is this a temporary downturn or the start of worsening trend? In this article, we look at seven blue-chip stocks that look a little pale.

With everyone focused on the economy recovering, one would assume shares of the Golden Arches would be rallying right now along with other reopening stocks. Sadly, that has not been the case. Since peaking at $231 a share in mid-October, MCD stock has been slumping, down 9% and hovering right below $210.

The stock has tried to breakout several times since mid-January but can’t seem to climb above $215 per share. The current slump is especially surprising as the median forecast of analysts that cover McDonald’s is for the share price to be at $240.

The company has been trying to overcome slumping sales by lowering prices and getting creative with its promotions. Last fall, McDonald’s launched a promotion with popular musician Travis Scott aimed at appealing to the youth market. Specifically, McDonald’s enlisted Scott to help sell a $6 meal combo. The promotion was a success and could prove to be a recipe for future marketing.

McDonald’s should also get a boost once people are again able to dine in at its restaurants around the world.

FedEx delivered for its customers throughout the pandemic, and FDX stock should also be delivering for investors. But after recording a stellar 240% gain between March and December of last year, the share price has turned anaemic in recent months. Today, FedEx’s share price is at $256 a share, down 16% from its 52-week high of $305.66 reached last December.

The company needs to shake the perception that its stock was a pandemic play and that its business peaked during last year’s holiday season.

Working in FedEx’s favor is the company’s strong pricing power coming out of the global pandemic. In December, FedEx’s ground segment reported its first year-over-year operating margin improvement since 2019, further margin gains are anticipated. Also, the company forecasts that its e-commerce delivery volumes will surpass 110 million packages annually by 2026, up from 35 million in 2019.

That should be enough growth to bring investors back to the fold. The median price target analysts have on FDX stock is $335.50 a share.

Costco’s stock was hit with a double whammy at the end of 2020. The company reported that sales growth slowed in the final months of last year, and it issued a special dividend of $10 a share in December. Since then, COST stock has been stuck in the penalty box with investors, down 15% to $333 a share.

Many analysts and investors are wondering if Costco can get its mojo back after enjoying a terrific bull run throughout much of 2020 as people stocked up on groceries and other household items in bulk.

Long-term, Costco should be just fine. The company’s monthly results for January showed comparable sales rose 15.7% and its e-commerce sales were up nearly 90% year-over-year in the fourth quarter. Plus, Costco’s annual memberships in its warehouse club remains rock solid with a greater than 90% renewal rate.

COST stock remains a high-quality stock. The median price target on it is $410, suggesting a potential 23% upside from its current level.

Viewed by many people to be the quintessential blue-chip stock, Walmart has been a disappointment in recent months. Despite exceptional growth during the pandemic, WMT stock has under performed of late. After reaching a 52-week high of $153.66 a share on Dec. 1, the share price has crumpled by 14% to its current level near $132. Strong holiday sales and a growing online shopping presence have not been enough to stop the slide in Walmart’s stock.

Yet despite its current doldrums, many analysts and professional investors remain bullish on WMT stock. The bulls point to Walmart’s continued strong fiscal position, noting that the company’s revenue rose 7.5% year-over-year in the fourth quarter to a whopping $152.3 billion. Plus, Walmart’s e-commerce sales grew an astounding 79% year-over-year in 2020, and the company is confident that much of that online sales growth will be retained after the pandemic has subsided.

The median price target on Walmart stock is $160 a share for a potential 21% gain from where the stock is today.

Given its role in the development, sale and distribution of a vaccine against Covid-19 (arguably the most important thing happening in the world right now), one would assume that Pfizer’s stock would be red hot right now. Not so.

PFE stock has been on a downward slide since the company’s Covid-19 vaccine was approved by the U.S. Food and Drug Administration (FDA) last December, dropping 20% in the last two months to its current price of $33.69 a share. What gives?

For starters, many analysts feel that Pfizer’s stock has been hurt by the company’s legacy prescription drugs. Medications that were once exclusive bestsellers, such as epilepsy treatment Lyrica, have come off patent and can now be sold by competing generic drug makers and this reality has hurt Pfizer’s financial performance. Plus, Pfizer’s Covid-19 vaccine is one of three currently approved by the FDA for widespread use. While Pfizer should get a boost from its Covid-19 vaccine, competition for it is fierce and likely to get more competitive in coming months as even more vaccines are approved.

Still, the median price target of analysts is for PFE stock to reach $40 a share within the next 12 months. So there’s hope. 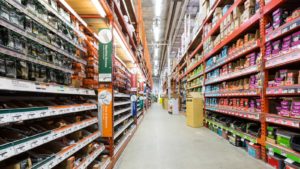 Home Depot is another retailer that seems to have run out of gas in recent months. Driven by people remodeling their homes during the pandemic, HD stock reached a 52-week high of $292.95 in October of last year. Since then it’s been all downhill. Home Depot’s share price has fallen 11% and now trades around $261 a share.

The stock seems to have been knocked down by investors who headed for the exit believing that the retailer would not be able to sustain the sales it saw as people were locked down at home because of Covid-19.

Yet sellers of HD stock may be in for a rude awakening. There’s no fundamental reason for the share price to be down as much as it is currently. The company just posted its latest quarterly earnings, which, by all accounts, were stellar. Sales jumped 25% in Q4 from a year earlier, while revenue came in at $32.26 billion versus the $30.73 billion expected by analysts, and earnings per share were $2.65 compared to the $2.62 consensus expectation of analysts.

If that weren’t good enough, Home Depot also announced that its board had approved a 10% hike in its quarterly dividend to $1.65 per share.

The impressive results prompted Bank of America (NYSE:BAC) to forecast that HD stock will rise 35% in short order. The current median price target on the stock is $310 per share. Although many analysts are now revising their price target higher following Home Depot’s latest financial results.

Visa is a surefire reopening stock that will rise as the economy fully reopens and people begin to once again travel, stay in hotels, eat in restaurants and shop in-person rather than online. That’s the conventional thinking, anyway.

However, looking at the way V stock has performed in recent months, it can be hard to see brighter days ahead for the venerable credit card company. Visa’s stock has been trading mostly sideways since the end of December, unable to break above $220 a share and instead hovering around $215 each.

To be sure, cards rival Mastercard (NYSE:MA) has seen a similar pattern. Not so for Square (NYSE:SQ) and PayPal (NASDAQ:PYPL), which are up 19% and 26.4%, respectively, in the last three months.

Yet, like most blue-chip stocks on this list, there’s reason for optimism when it comes to Visa. In addition to a strong rebound in consumer spending as the economy reopens, Visa is also a leading fintech company and a champion of Bitcoin and other cryptocurrencies.

Also working in its favor is the fact that Visa recently completed its acquisition of Latin American fintech start-up company YellowPepper. Oh, and the company currently has $18 billion of cash and investments. The median price target on V stock is $243 a share. Interestingly, share price has pretty much bobbed below the $216 per share low end of the analysts range for most of the last six months.

On the date of publication, Joel Baglole held a long position in MCD.

Joel Baglole has been a business journalist for 20 years. He spent five years as a staff reporter at The Wall Street Journal, and has also written for The Washington Post and Toronto Star newspapers, as well as financial websites such as The Motley Fool and Investopedia.