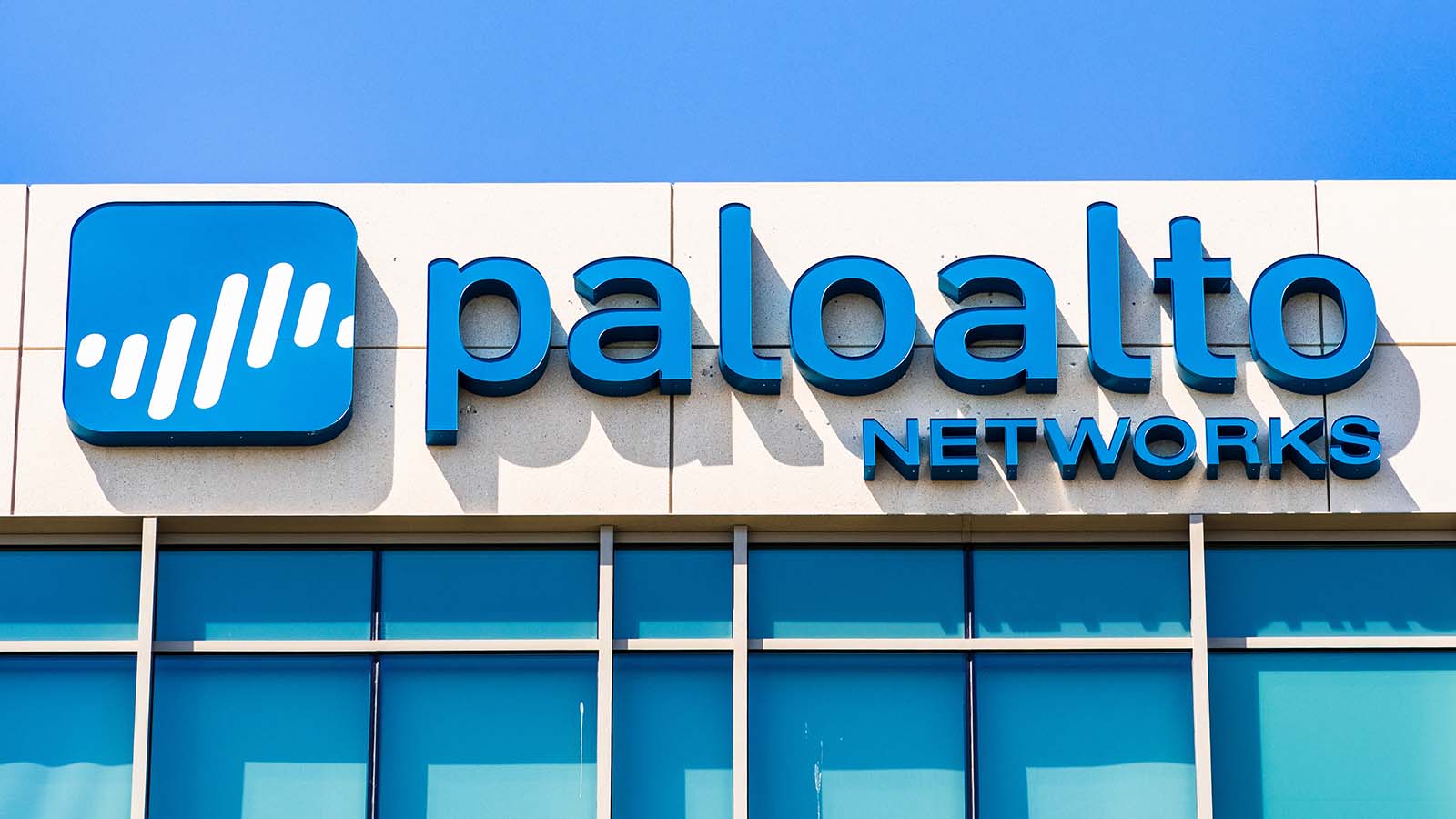 Even after dropping $25 per share recently as stock fashions changed, Palo Alto Networks (NASDAQ:PANW) opened for trade Feb. 25 worth twice what it was a year ago. The opening price of $370 per share represents a market capitalization of $36 billion. A year ago, PANW stock was trading around $185.

The company lost $142 million, $1.48 per share, on revenue of over $1 billion during the quarter ending in January. But it calculated $1.55 per share in net income after backing off stock-based compensation, acquisition-related costs and other charges. That’s where the stock’s story lies.

It wasn’t the numbers that scared off the punters. It was the outlook, which barely met expectations with the stock at the upper end of its buy range.

In other words, people took profits. And they left an opportunity for you.

As I’ve written before, Palo Alto is a leader in cloud security. But the crown hangs heavy. It takes enormous investment to stay ahead of the bad guys, as the SolarWinds (NYSE:SWI) hack attests. This is no longer a game of cops and robbers. It’s war by another name.

To stay in the game, Palo Alto must be alive to “new algorithms, new concepts and new threats” that could lead not only to hacker success but also to vendor failure. That doesn’t just require coding skills. It requires financial and strategic skills as well.

That’s where CEO Nikesh Arora, former chief business officer at Alphabet’s (NASDAQ:GOOG, NASDAQ:GOOGL) Google and, later, number two at Softbank (OTCMKTS:SFTBY), comes in. He recently created a vehicle whereby employees can invest only in its cloud and artificial intelligence (AI) security. This keeps the talent happy and provides a route to new equity. That’s because network security companies are valued based on cash flow, which at Palo Alto is now $1.5 billion a year, while cloud security companies are valued based on annual recurring revenue, now growing at 77%.

Arora is doing this because Crowdstrike (NASDAQ:CRWD), a cloud security specialist that came public in 2019, is now worth 25% more than Palo Alto despite having one-fourth its revenue. The move doesn’t change the company’s operating structure, he said. It just brings in the extra value.

Arora needs to keep equity flowing, not only for today’s talent but also for talent he might buy. The $156 million purchase of Bridgecrew shows what’s both possible and necessary.

Bridgecrew was founded in 2019 and has just 49 people, and its open-source scanner Checkov (attention trekkies) is just a year old. But it has brought leading-edge customers like Robinhood, Databricks and Lending Home to its platform. Getting it now means Palo Alto won’t be competing with it later.

That’s how Arora earns his own pay packet. He turns talent and concepts into services that sell. The latest is a service that protects medical devices, the latest way hackers get into hospital networks.

Arora’s creativity is also how Palo Alto remains compelling to investors. Palo Alto’s next-generation firewalls made it a hardware company. Its new products make it a subscription software outfit. That’s where three-quarters of the money now comes from.

The Bottom Line on PANW Stock

If you’re buying Palo Alto stock now, you’re betting on Arora’s savvy — his ability to see the future of his field and get there ahead of other companies. It’s a good bet.

Former Palo Alto CEO Mark McLaughlin was still in his early 50s when he stepped aside for Arora to become vice chairman of the board. He’s also worth $216 million — much of it thanks to Arora — and chairs the board at Qualcomm (NASDAQ:QCOM).

Here’s the bottom line: The security business is more dependent on talent than any other area of tech. Arora has proven his quality. He’s a jockey worth betting on.

At the time of publication, Dana Blankenhorn owned no shares (directly or indirectly) in any company mentioned in this story.

Dana Blankenhorn has been a financial journalist since 1978. His latest book is Technology’s Big Bang: Yesterday, Today and Tomorrow with Moore’s Law, essays on technology available at the Amazon Kindle store. Follow him on Twitter at @danablankenhorn.

6 F-Rated Penny Stocks Not Worth Your Dime
7 Sorry Semiconductor Stocks to Sell in February Before It’s Too Late
Why SOFI Stock Is Not Out of the Woods Yet
7 Heavily Shorted Penny Stocks for Your Short-Squeeze Watch List
Hold Up! Don’t Be Too Eager to Buy AMZN Stock Now.