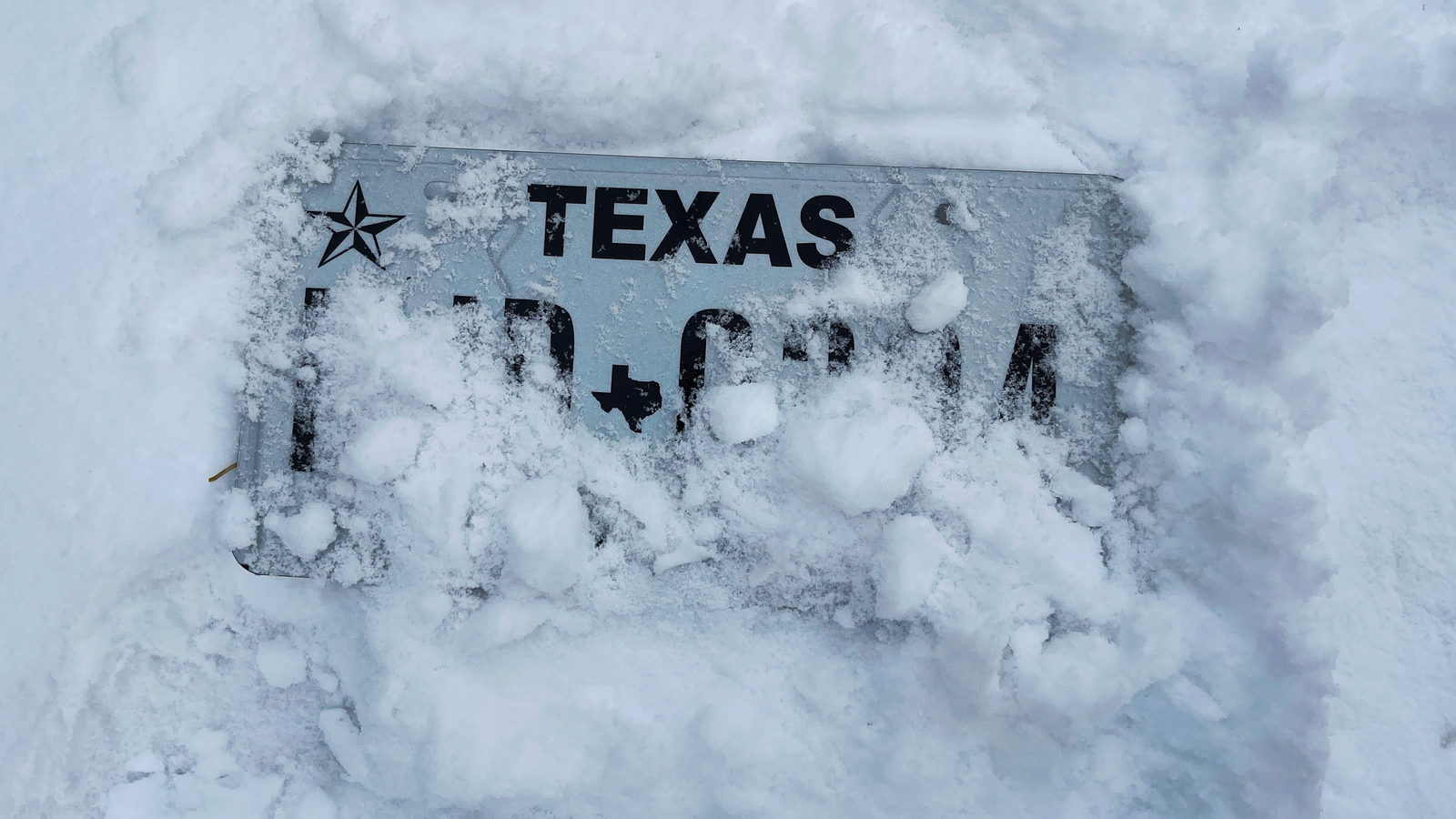 Much of the United States felt the sting of extremely cold weather this month. Perhaps no part of the country was hurt more than Texas, which saw millions go without power. This has caused energy prices to surge higher. For investors, that puts the focus on energy stocks.

Consider that WTI crude increased 6.5% over the last week and 14.5% since the beginning of February. Demand for natural gas, as well as a decrease in production due to freezing temperatures, have seen prices skyrocketed to approximately $9,000 per megawatt-hour. Under normal conditions, the wholesale price of a megawatt-hour in Houston is just $22.

Many energy stocks have had depressed share prices over the last few years, but as demand as improved recently so too have the share prices. Even after solid gains, many stocks in the energy sector are also high dividend stocks paying a 5% yield or higher in some cases. This article will examine three companies we feel that investors looking to play the harsh weather across the U.S. should consider purchasing for high yields and exposure to rising oil and gas prices.

It has been a difficult period of time for energy stocks as the sector has dealt with several bear markets over the last decade coupled with weaker demand related to the ongoing pandemic. The recent extremely cold weather, especially in Texas, has driven energy prices higher, lifting many names in the sector.

First, BP is one of the largest oil and gas companies in the world. The company is fully integrated and consists of an upstream and downstream segment. The downstream is primarily focused on refining. The company generated $180 billion of revenue in 2020 and trades with a market capitalization of $76 billion.

The last decade or so has not been kind to the company. BP is probably best known for its major oil spill that occurred at the Deepwater Horizon site in 2010 that spewed as much as 210 million gallons of oil into the Gulf of Mexico. The company has continued to feel the pain of this incident as it paid $2.4 billion, or nearly a quarter of its earnings, for damages in 2019. BP will likely pay $1 billion in damages in 2021 as well.

We do believe that BP will be able to grow its EPS at a rate of 4% per year through 2026 off its mid-cycle level of $2 as demand for energy products improves following an eventual recovery from the pandemic. The company announced its intention to invest more in renewable energy, which could prove to be a catalyst for growth.

This last 10 years or so have taken its toll on BP’s dividend. Following a dividend cut in 2010, BP raised its dividend seven times from 2011 through 2019. However, last year, the company cut its dividend in half. Even so, the annualized dividend of $1.26 results in a yield of 5.6% today.

Using the annualized dividend and expected earnings-per-share of $1.50 for the current year, the payout ratio is 84%. Nothing has been certain about BP’s dividend since 2010, but we feel that the dividend is much more sustainable following the recent reduction.

BP has a price-earnings ratio of 11.3. We believe that shares have a fair value somewhere around 12x earnings, allowing for some benefit to total returns from valuation reversion. If the stock were to trade with our target multiple by 2026 then valuation would add 0.6% to annual returns over this period of time.

Total returns would consist of the following:

All combined, we expect that BP will provide 10.2% of total returns per year over the next five years, an attractive setup when combined with a yield better than 5%. 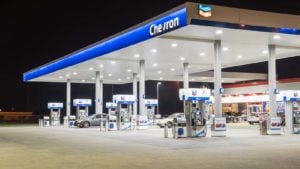 There are very few energy stocks that are larger than Chevron. It had revenue of almost $95 billion last year and has a market capitalization of $184 billion.

Chevron has invested heavily in projects in recent years in an effort to boost its production, which has started to pay off. With the addition of Noble Energy, which was completed in mid-October of last year, production grew 6% in the most recent quarter.

With oil prices currently on the rise, the increase in production should go a long way in helping the company to improve its top and bottom lines. We expect EPS  to grow at a rate of 12% annual through 2026 off of mid-cycle earnings of $4.36.

Improving business fundamentals should help propel dividend growth as well. Chevron raised its dividend 8.4% for the March 10 payment. The company has announced that it was maintaining the same payment of $1.29 for the upcoming March 10 distribution date, marking the fifth consecutive quarter of such an amount. An increase anytime in 2021 will allow Chevron to extend its dividend growth streak of 33 years, which qualifies the company as a dividend aristocrat.

Chevron offers yield of 5.4% based off of its annualized dividend of $5.16 With expected EPS of $3.50 for 2021, the payout ratio is 147%. Long-term, this payout ratio is unsustainable, which explains the lack of a dividend raise at the usual time. Chevron isn’t in uncharted territory as it has managed to increase its dividend through several recessions and oil bear markets before.

Eventually, the world will enter a recovery phase from the Covid-19 pandemic and we expect that demand will likely be heightened for energy products. Dividend growth may be muted in the near term, but we believe that Chevron’s dividend will be well covered in future years.

The stock recently closed at $94.98, which results in a price-earnings ratio of 21.8 using mid-cycle earnings-per-share. We have a five-year valuation target of 14x earnings for the company, which would result in a headwind of 8.5% to annual returns through 2026.

Total returns would be the following:

In total, we project Chevron to offer an annualized return of 8.9% for the next five years. Shares of the company are higher than our targeted valuation. Although the dividend is relatively safe given the strength of the company, investors should consider waiting for a pullback before purchasing shares of Chevron. 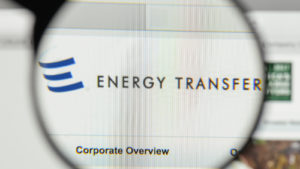 Due to its business model, ET acts as a toll booth for the transportation of energy. We believe that natural gas is likely to be a long-term winner for the company. Renewable energy is growing, but much of the nation’s energy consumption is of fossil fuels. Natural gas is a cleaner, more efficient and usually a cheaper alternative form of energy. Many utility companies have turned to natural gas as a means for electric production instead of coal for these very reasons.

That said, we expect some headwinds to distributable cash flow, which we feel is a better way to measure ET’s growth, as it is likely that the company will have renegotiate contracts with clients due to weaker demand for energy products prior to this month. We expect a modest decline of 1% per year in annual DCF-per-unit over the next five years.

ET’s dividend had been growing at a steady clip over the last decade until it was cut by 50% in November. The stock’s annualized dividend of 61 cents per share still results in a very high yield of 9%, with better distribution coverage at the reduced payout level. We expect ET to produce $2.07 of cash flow per share in 2021, resulting in a payout ratio of 29%. This would be the company’s lowest payout ratio in more than a decade.

We believe that ET stock’s valuation of 6x distributable cash flow, which is in line with peers, is appropriate. Using estimates for the year, ET trades at 3.3x distribute cash flow. Multiple expansion could play a significant role in total returns in the coming years. We believe that shareholders could see a valuation tailwind of 12.7% annually through 2026.

Total returns would consist of the following:

Even with a decline in cash flow per share, shareholders of ET could see 21% annual returns over the next five years. While considering ET and other energy stocks, investors should note that MLPs carry unique risk factors.

The 3 Best Fertilizer Stocks to Buy for February
Op-ed: Salesforce appoints ValueAct’s Morfit to its board and a proxy fight may loom ahead
3 Stocks Set to Crash as Used Car Prices Plummet in 2023
Wednesday Predictions: 3 Hot Stocks for Tomorrow
7 Cybersecurity Stocks to Sell ASAP