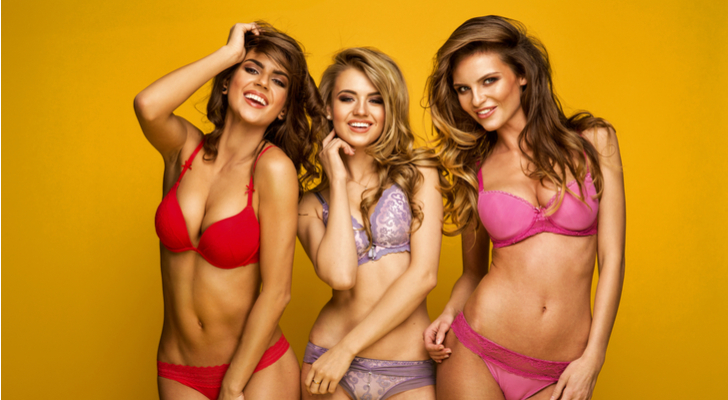 Until a few months ago, it was a given that Naked Brand (NASDAQ:NAKD) would file for Chapter 11 soon. However, Reddit changed the equation. As several posts on r/WallStreetBets encouraged users to buy NAKD stock, the share price made a miraculous recovery. 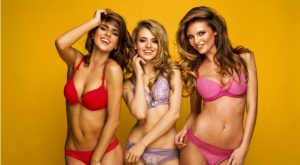 It’s an interesting time for investors. The wild swings in stocks such as GameStop (NYSE:GME) are fueled by a battle between Wall Street and the thousands of traders taking their cues from Reddit.

Among all the hoopla, Naked Brands’ resurgence has largely flown under the radar.

Although the stock has pulled back slightly, it’s still up more than 1,600% in the last three months. For its part, NAKD is trying to ensure that this is not a false dawn. It has revamped its business model to focus more on e-commerce and has replaced its CEO as well.

However, the question remains: Does Naked Brands have a product line that consumers still desire? On that end, there are still several concerns.

Robinhood and Reddit are now redefining the world of finance. As regulators and Wall Street scratch their heads to tackle the situation, the investing world has been turned upside down. Several companies breathing their last now have another lease on life—case in point, NAKD stock.

The intimate apparel and swimwear retailer was dead in the water when the novel coronavirus pandemic reared its head last year. Many considered it the final nail in the coffin for the embattled company. Naked has reported constant year-over-year drops in revenues each semi-annual period since July 2017, with net losses widening in each calendar year as well.

Its business model has failed to inspire its consumer base, but why is that? With the pandemic, companies like NAKD should have done well. Since we have more time on our hands and several states have instituted strict stay-at-home instructions, sales of men’s and women’s underwear have surged.

Naked hasn’t had the same luck, further frustrating the investors hoping for a quick rebound. Reddit users have given it a new lease of life. However, if the company wants to sustain the recent surge in market cap, it has to deliver triple-digit revenue growth for several quarters.

There are no signs that the New Zealand-based intimates and swimwear manufacturer will accomplish this task within the foreseeable future. It has already divested its flagship brand Bendon. Although a long-term strategic initiative, it won’t help the top line in the interim.

Naked was already on the ropes when the pandemic hit in full force. Blindsided, there was little the company could do to fuel business operations other than issue equity.

As of May 2020, Naked had 7.2 million shares outstanding due to a 1:100 reverse split on Dec. 20, 2019, to regain compliance with NASDAQ regulations. However, as I mentioned above, the company had little option but to issue shares.

After a recent $50 million at-the-market offering of 29.4 million shares, the total count stands close to 476 million shares. Hence, it has increased by 469 million shares or 6,700% in the span of nine months.

That kind of dilution will be hard to stomach for stockholders, but there is little that they or the company can do. It needs the money to cover expenses and service current liabilities and can’t take on more debt.

Naked Brand recently announced a restructuring plan to shift its focus to e-commerce and its online platform. In pursuit of this plan, NAKD said it was divesting its Bendon subsidiary, which supervises its physical retail locations. It will retain a small percentage of the overall profits generated through the subsidiary.

However, the focus is squarely on FOH Online, its e-commerce platform that generates roughly $20 million in annual revenue in the U.S., a minuscule sum considering retail e-commerce sales worldwide but a starting point nonetheless. The company has said that it will develop artificial intelligence to enhance its online shopping experience and purchase other e-commerce brands as part of its expansion efforts.

It goes without saying that e-commerce is huge and will continue to grow exponentially. In 2019, total e-commerce sales came in at more than $3.5 trillion worldwide and were expected to jump to $6.54 trillion in 2022. That is a huge pie, and if Naked manages to get a small slice, it will more than make up for years of lackluster performance.

Naked isn’t a growth or value stock. Its resurgence is the product of luck and one of the most extraordinary investing themes to emerge in years.

NAKD has faced sustained financial distress for several years now. Reddit users have provided a shot in the arm, but the effect will only last a few quarters before the eventual plunge back to the depths from which it arose.

Its strategic shift may pay dividends eventually, but it will lead to a loss of revenue and an increase in management costs as the company changes gears in the interim. The e-commerce segment makes just $20 million in the USA. That’s not enough to sustain a $521.51 million market cap.

If you have NAKD stock in your portfolio, best to take profits before you get burned.

124 TIP: One Up on Wall Street by Peter Lynch
The 3 Most Undervalued Fintech Stocks to Buy in February 2023
My Arrival (ARVL) Stock Price Prediction for 2023
Is TSLA Stock a Buy or Sell? Here’s My Call
Is GOOG Stock a Buy? The Answer is Definitely No! (For Now)