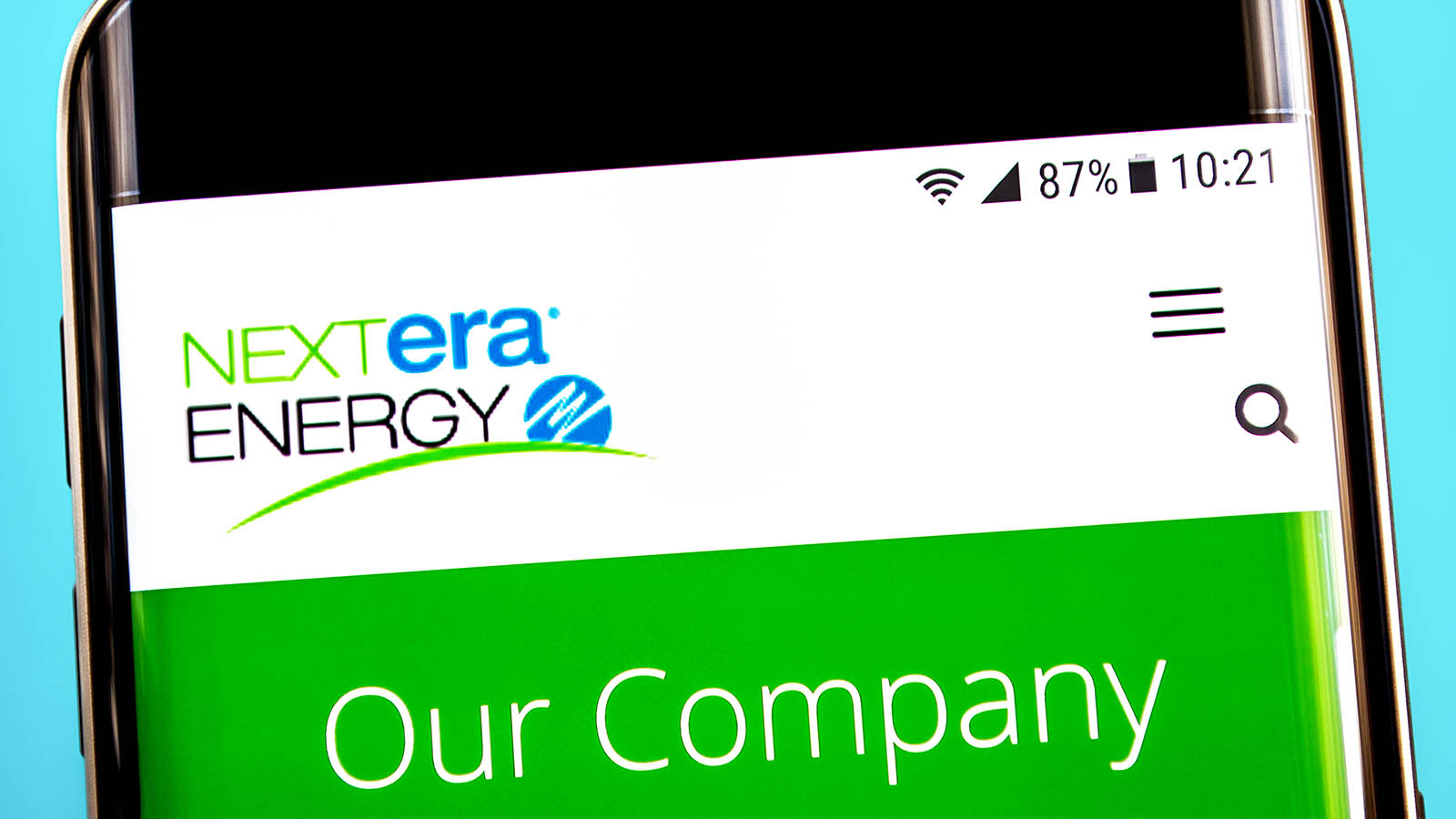 Most electric utility stocks are distinctly unloved right now. But there’s an exception to this rule: NextEra Energy (NYSE:NEE). Right now, NEE stock is up.

In fact, while the S&P 500 is up a little under 41% over the last two years, the Utilities Select SPDR Fund (NYSEARCA:XLU) is up just 12%. This is despite the fund delivering a dividend that currently yields 3.17%.

NEE stock, however, is up almost 76% over those last two years. Deliver alpha like that and you don’t need dividends. But the cherry on top? NextEra still has them. It’s current dividend yield is 1.90%.

NextEra Energy is beloved because it distributes a lot of renewable energy, not just electricity from coal and natural gas. It’s a green utility — a utility with a future. But that doesn’t mean it’s the best investment for you.

NextEra has a reputation for being the “cleanest” electric utility, with fewer carbon emissions than the industry average. But in 2016, half of its power still came from burning natural gas. Another 26% came from nuclear power.

What makes NEE stock special is its own power generation — 70% wind and 10% solar. However, while NextEra’s own efforts are green, those of its utility subsidiaries are anything but. In 2019, 48% of the power produced by Gulf Power, which NEE bought in 2018, came from burning coal. The same year, its Florida Power & Light utility was getting nearly 74% of its electricity from natural gas.

NextEra’s dependence on fossil fuels continues to dog its results. For instance, full year net income was down for 2020, as it wrote off $1.2 billion on a natural gas pipeline that regulators have been reluctant to approve. The result was a small loss for the fourth quarter, obscured from view by a 10% dividend increase.

For NextEra, however, it’s also important to consider what has been happening with energy pricing when NEE is compared with its peers.

Wind power costed about 5 cents per kilowatt hour to harvest in 2019.  That sounds expensive compared to coal’s cost of 3.3 cents. But there’s an additional 5.6-cent cost for coal from pollution and climate change. In other words, renewables are the cheaper source of power.

Renewables are also continuing to get cheaper while fossil fuel plants always need new fuel. Once a wind turbine is spinning, you only pay down its capital costs and maintenance.

So, what NextEra is doing actually makes good business sense. It’s continuing to invest in what works. The company plans to add 14.4 gigawatts (GW) of solar power through 2024 as well as “6.3GW of energy storage.”

Over the next five years, I expect rivals to follow it. But if you’re buying a company’s tomorrows rather than its yesterdays, why is NEE stock still getting a premium?

NextEra Energy is being bought for capital gains, not dividends. Even its fans in the financial press believe it’s at a “nosebleed valuation.”  The best strategy that the bulls can come up with is based on options — using leverage to create fat gains on slim margins.

So, if you want to buy into the NextEra Energy story, the way to do that is through its energy generation unit. NextEra Energy Partners (NYSE:NEP) is organized as a master limited partnership (MLP). NEP stock pays a fatter dividend and it’s up twice as much as NEE stock over the last year, with a gain of 30%.

None of this should be read as a criticism of CEO Jim Robo, NextEra Energy or its strategy. What the company is doing makes both economic and environmental sense.

It’s just that investors are now overpaying for this name. So, if you want capital gains, buy NEP. And if you want income from a utility stock, look at The Southern Company (NYSE:SO) or Duke Energy (NYSE:DUK), where the yields are much higher and there’s potential for capital gains — if they just follow the industry leader.