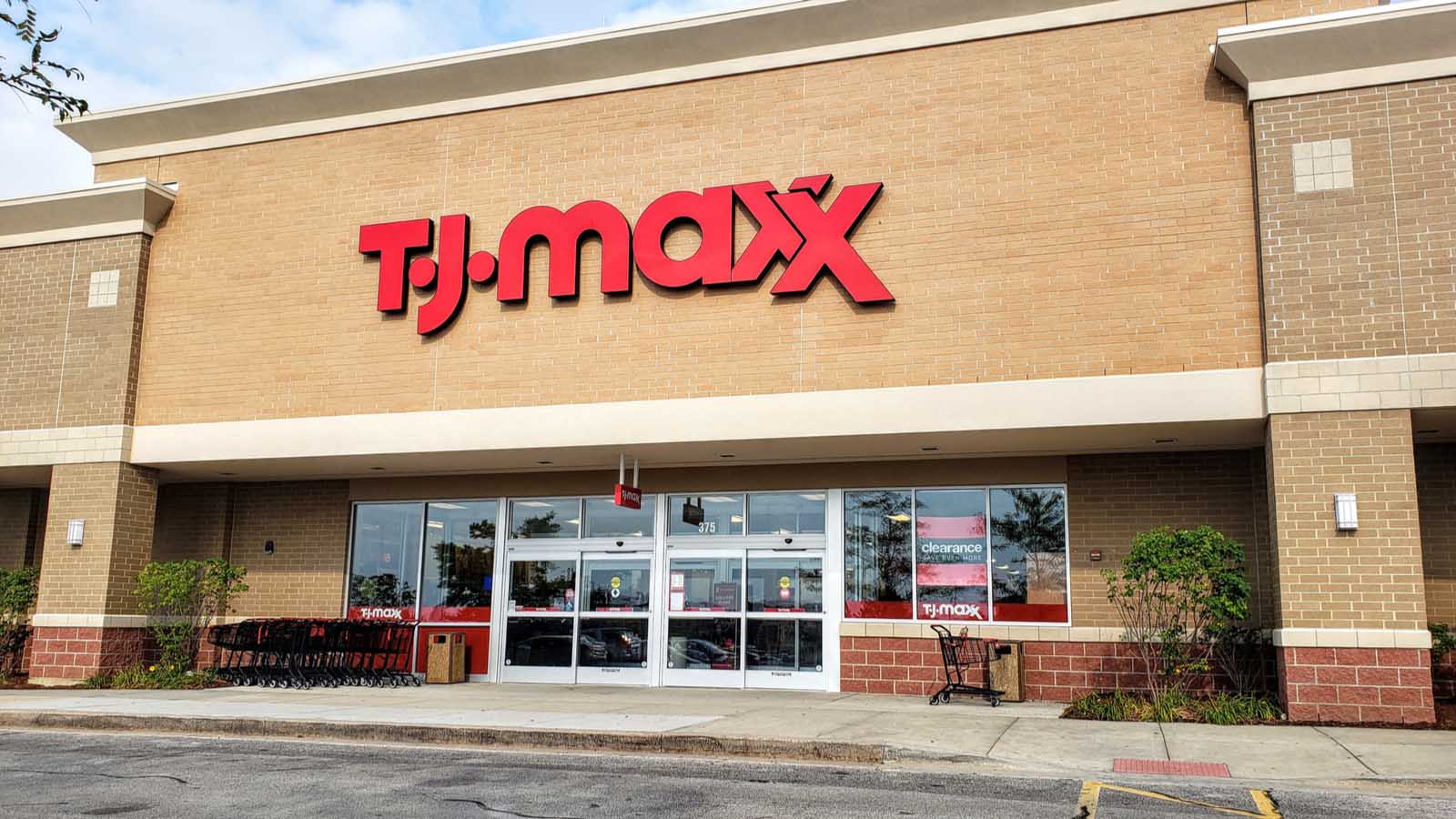 Shares of off-price retailer The TJX Companies (NYSE:TJX), operators of TJ Maxx, Marshall’s and HomeGoods, managed to stay in line with the market during the pandemic. Since vaccines have arrived, TJX stock is fading, up just 1.1% since Jan. 1 while the S&P 500 Index is up 4.3%.

This has happened despite TJX reinstituting its dividend, which was suspended during the pandemic. A 20-cents per share payout went out Feb. 10.

In a market that’s chasing butterflies, TJX stock looks like a dog. But it’s a well-run company and every dog has its day.

TJ Maxx has made it through the pandemic by reshuffling its store pack and going where the shoppers are.

The company is closing city-center stores while opening in outlet malls. After years of resistance, it’s launching online sales at HomeGoods. It has taken the virus seriously and created senior hours for older shoppers. The company has focused on its strongest regions and on lowering costs, with a new mid-Atlantic warehouse.

The numbers tell the tale. Sales fell off a cliff in the first quarter of the pandemic, to $4.4 billion, but recovered to $10.1 billion during the October quarter. Net income also returned to near-normal, at $867 million, which is why the dividend is back. For its Christmas season report, due Feb. 24, analysts are expecting net income of 60 cents per share (meaning the dividend is affordable) on revenue of $11.6 billion, close to the pre-pandemic Christmas haul of $12.2 billion.

The balance sheet is also looking good. While long-term debt expanded $2.5 billion from January to October, to $13.2 billion, cash on hand tripled to $10.6 billion from $3.2 billion. Operating cash flow is now better than it was before the pandemic, coming in at $4 billion for the most recent quarter.

Bears are looking at the stores’ margins, which have been falling since the middle of the 2010s. The business model has been to grab name merchandise at close-out and sell it at a discount. But many companies now have either tightened their supply chains to reduce that excess or found other ways to sell it on their own.

Bears also look to TJX’s past, when it resisted digital expansion, as a reason for caution. Walmart (NYSE:WMT) and Target (NYSE:TGT) have a chance to grab share as their store brands deliver similar prices as national brands at TJX. Then, there are rival department stores opening off-price chains, including Macy’s (NYSE:M) Backstage and Nordstrom’s (NYSE:JWN) Nordstrom Rack. (See my take on JWN from earlier this week here.)

TJX is the product of a more Walmart-like retailer called Zayre, which opened the first of the brand-extension stores in the 1970s. The apparel brand’s management eventually replaced that of the old department store, launching HomeGoods in 1992 and buying Marshall’s in 1995.

This is not the first rodeo for TJX. CEO Ernie Herman has been in place for over five years.

The retailer has a strong balance sheet and has recovered from the pandemic, even while its middle-class customer base has not. The winners in the K-shaped recovery aren’t in the TJX wheelhouse.

As policymakers shift to boosting demand and creating middle-class jobs, from boosting assets with tax cuts, stores like TJX should benefit. The company has proven it can make money in a challenging environment. It’s boosting its e-commerce presence, and the return of the dividend shows confidence.

Assuming a return to normal, with net income for fiscal 2022 near 2020’s $2.67 a share, you’re paying about 25 times forward earnings with a dividend that yields just 1%.

TJX stock is purely a defensive play, portfolio ballast against a potential market fall. Buy some if you need that.

At the time of publication, Dana Blankenhorn held no shares, directly or indirectly, in any companies mentioned in this article.