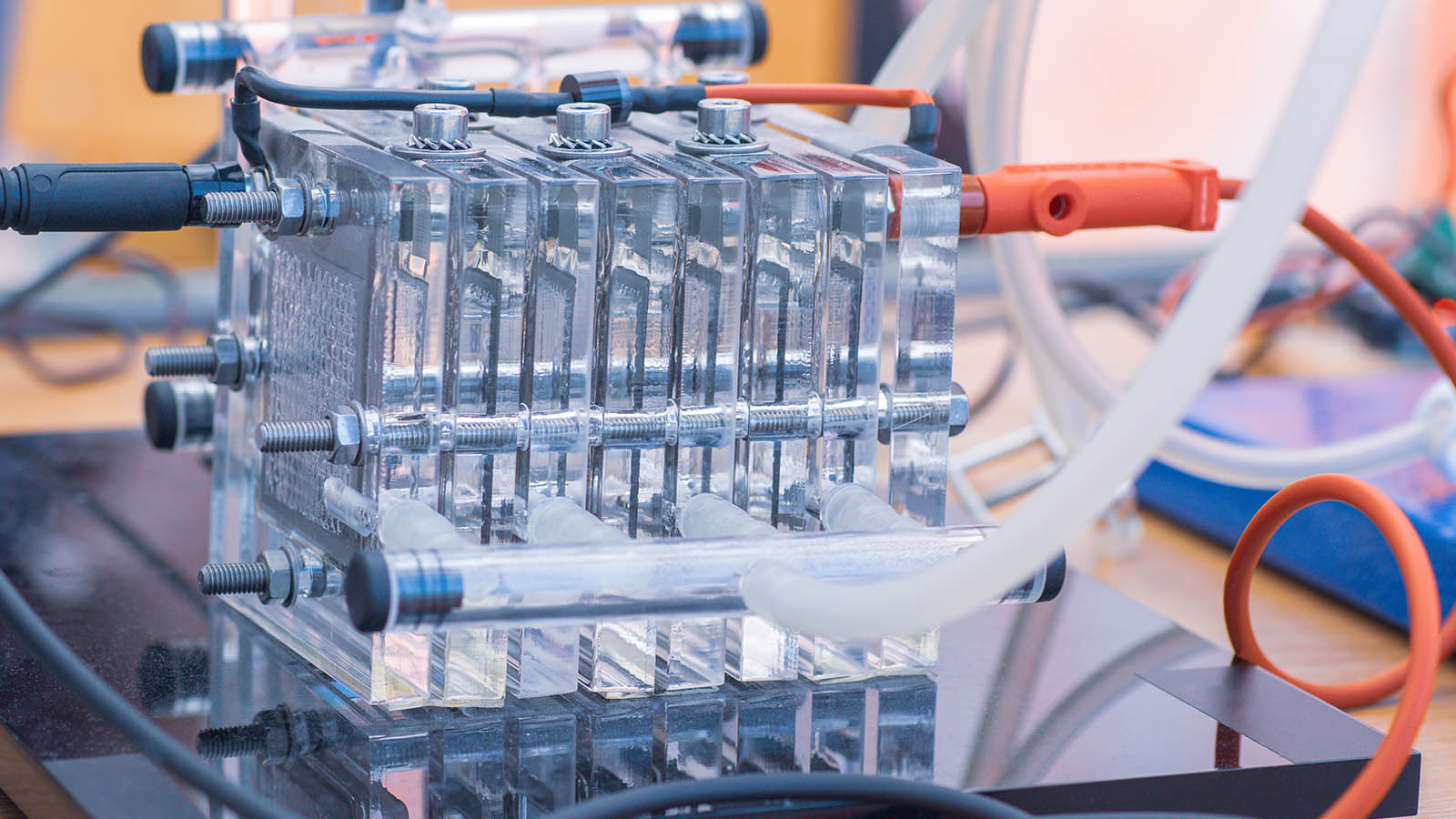 If you’ve followed my work over the years, you know that the one thing I consistently advise — beyond advantaging the “Roaring 2020s” — is to get into a habit of taking profits. If you don’t, you’re not in control of your investments. So, where should you start taking back the reins? FuelCell Energy (NASDAQ:FCEL). After FCEL stock jumped double digits in its Feb. 8 session, it’s time to sell.

Again, if you’ve followed my work, the act of selling doesn’t necessarily mean that you’re bearish. This is about controlling your emotions so that you can benefit from others who may not share the same discipline. Yes, you would be costing yourself an opportunity in not getting the exact tops and bottoms correctly. However, the market tends to punish you for extending longer than you should.

In other words, if you’re profitable on FCEL — and you are if you bought it at any point last year — then now’s time to take that money off the table. You should deploy it for better investments. While the rally in FuelCell shares has been nothing short of impressive, it lacks fundamental justification.

Admittedly, the company’s underlying narrative is relevant, particularly its hydrogen storage business. According to data from Statista.com, hydrogen demand is expected to explode higher worldwide over the next three decades. On top of that, there are domestic policies that should theoretically benefit investments like FCEL stock. With the Biden administration poised to push for eco-friendly initiatives, hydrogen will likely play an important role in the broader clean-energy discussion.

Still, the one factor that you should remember is that hydrogen as a fuel source, storage medium and energy carrier is not a new concept. Many organizations have attempted to crack the hydrogen code and failed. So, it’s unlikely that FuelCell has the most viable solution.

If there was one key headwind that has stymied FCEL stock from being a comfortable investment, it’s economic viability. Advocates of the company will point to the science underlining its many businesses. I don’t think anyone’s questioning that. What does come up in criticisms of FuelCell, though, is its financial performance.

For decades, this company has failed to generate positive net income. Every major methodology of valuation indicates that FCEL is trading in loony-toon territory. At some point, you have to figure that the fundamentals will matter. When they does, the windfall could just end up being wind.

Further, the speculative case for the stock runs parallel with the broader hydrogen market. Both demonstrate significant promise, yet both run into the same practical and economic headwinds. On the positive angle, here’s what Hydrogen Europe had to say:

“Batteries are not suitable in storing large amounts of electricity over time. A major advantage of hydrogen is that it can be produced from (surplus) renewable energies, and unlike electricity it can also be stored in large amounts for extended periods of time. For that reason, hydrogen produced on an industrial scale could play an important part in the energy transition.”

But the operative phrase here is “could play an important part in the energy transition.” When it comes down to it, reality offers a different perspective. Essentially, current hydrogen processing requires the expenditure of energy to extract more energy. That costs money. Plus, the University of Southern California states that there’s an environmental cost to utilizing hydrogen as an energy source:

“Most hydrogen is made from methane [natural gas] in a process that produces carbon dioxide and other greenhouse gases. Hydrogen can also be made from water using electrolysis, but that requires electrical energy. To get that, we’re back to burning fossil fuels.”

While these issues could be resolved over time, that may not be enough to save FCEL stock from a sudden correction.

Lastly, I strongly believe investors should read the room when it comes to hot names like FCEL stock. As you know, there’s recently been a big push within social media communities like Reddit to drive up out-of-favor companies in a battle against hedge funds.

Perhaps this strategy could work, but there’s no telling where it might end up. Historically, though, we have ample evidence that speculation of this intensity always ends badly for those who are greedier beyond rationality.

Besides, if FuelCell Energy had more fundamental substance, it surely would have been somewhat profitable by now. That just goes to show you that science and economics don’t always gel.