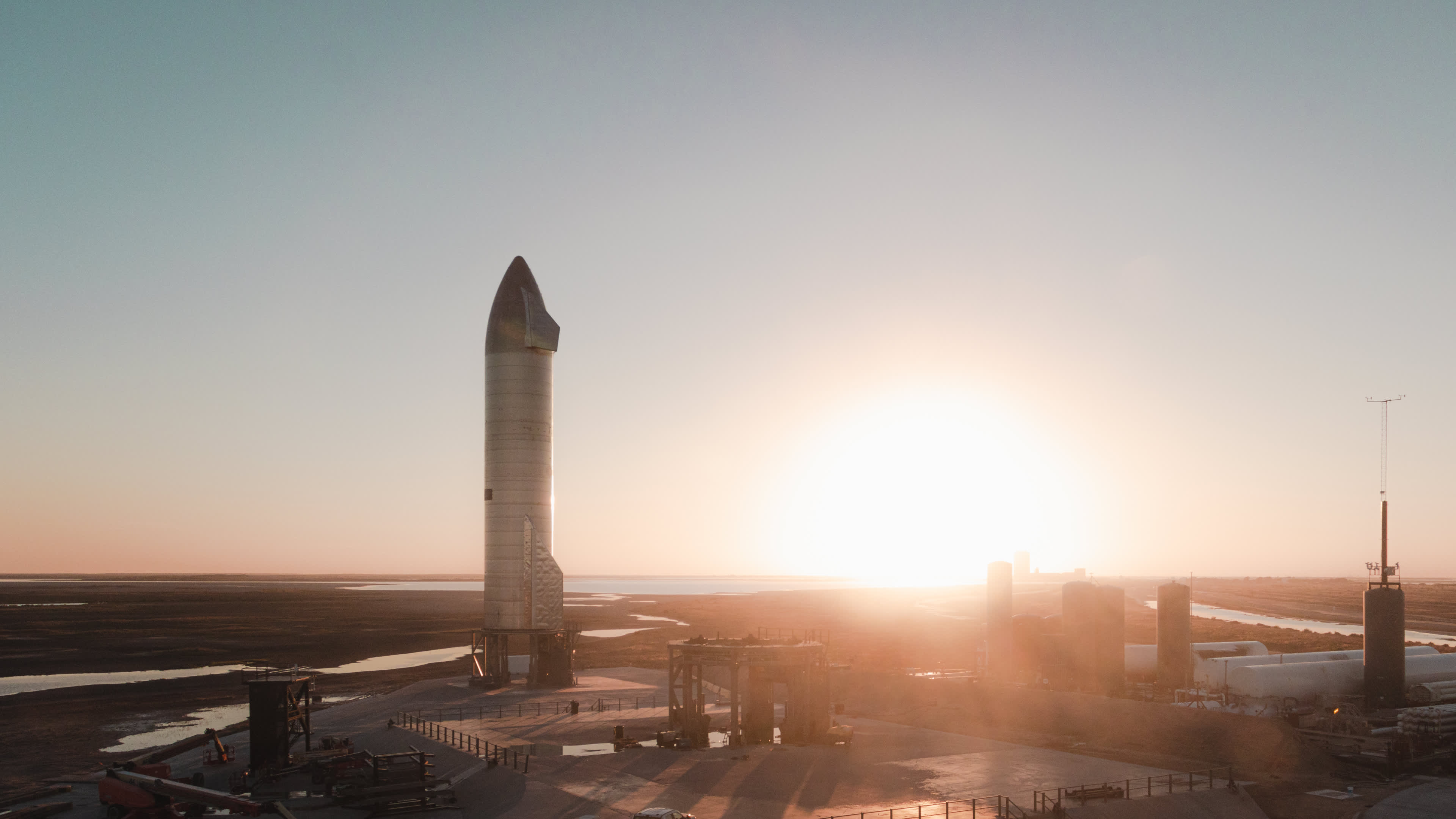 [This livestream is scheduled to begin momentarily. Please refresh the page if you do not see the player above.]

SpaceX is preparing to launch the latest prototype of its next-generation Starship rocket on Tuesday, in the second high-altitude flight test of the system.

Starship prototype Serial Number 9, or SN9, will fly as high as 10 kilometers, or about 32,800 feet altitude. The flight will be similar to the one SpaceX conducted in December, when it launched prototype SN8 on the highest and longest flight to date. The SN8 flight completed several development objectives, including testing the system’s aerodynamics and completing a flip to orient itself for landing, but the prototype exploded on impact as the rocket was unable to slow down enough.

SN9 is built of stainless steel, with the prototypes representing the early versions of the rocket that CEO Elon Musk unveiled last year. The company is developing Starship with the goal of launching cargo and as many as 100 people at a time on missions to the moon and Mars.

Like SN8, the goal of the SN9 flight is not necessarily to reach the maximum altitude, but rather to test several key parts of the Starship system. The Starship prototype stands at about 150 feet tall, or about the size of a 15 story building, and is powered by three Raptor rocket engines. SpaceX will fire all three engines for liftoff and then shut them down one at a time in sequence as it nears the top of the flight’s intended altitude.

The SN9 launch attempt was delayed for about a week as SpaceX worked to get the Federal Aviation Administration’s permission to launch. Its SN8 flight violated the company’s existing Starship license, The Verge first reported and the FAA later confirmed, as the federal aerospace regulator had denied a SpaceX request for a waiver to exceed the maximum public risk allowed by federal safety regulations, the FAA said in a statement.

SpaceX was required to investigate its non-compliance, forcing Musk’s company to suspend launches until the investigation finished and the FAA signed off.

“The FAA determined late Monday (Feb.1 ) that SpaceX complies with all safety and related federal regulations and is authorized to conduct Starship SN9 flight operations in accordance with its launch license,” the FAA said.

Key tests for the SN9 flight include shutting down the engines in succession, transferring propellant from the main tanks to the header thanks, flipping itself for its “belly flop” reentry maneuver, and controlling its descent through the air with the four flaps on the rocket.

SpaceX emphasized that “the dynamic schedule of development testing” may cause the launch attempt to be delayed, as has happened with prior Starship launches.

Subscribe to CNBC PRO for exclusive insights and analysis, and live business day programming from around the world.