The pandemic served as a tailwind for Facebook (NASDAQ:FB) and the gains were reflected in the company’s blowout fourth-quarter earnings. But despite the results, Facebook stock is up just a little over 20% for the year and underperformed Nasdaq’s 45% spike. 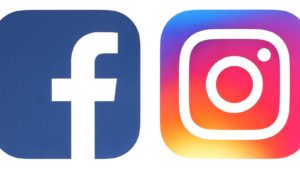 The weak rally can be attributed to “significant uncertainty” in its future ad revenue.

With the pandemic still raging across the globe, Facebook’s ad revenue potential remains in question. But, although ads are a significant revenue generator, they are just one part of the puzzle.

On Wednesday, Facebook reported its earnings for the fourth quarter. The pandemic tech rally of 2020 resulted in some hefty gains for the company. The tech giant was able to beat analyst expectations on all counts. Revenue for the period was recorded at 28.07 billion versus an estimated $26.4 billion. Earnings per share at $3.88 also beat a forecasted $3.22 per share.

A spike in revenue and users should have led to a rally in Facebook stock, but this isn’t exactly what happened. Despite the numbers, the company announced that it continues to face significant uncertainty in ad revenue due to the pandemic.

This could ultimately impact its performance in the first quarter of FY21. Shares slid following the news. Nonetheless, a potential dip in ad revenue is only a prediction.

There is a good chance that Facebook will pick up the slack in the coming months and report strong results. After all, its high-growth platforms are a major pull for many advertisers.

“Ad price will take an increasing role in Facebook’s revenue growth,” according to a Credit Suisse analyst, “as the company ramps up the volume in tandem with engagement growth.”

This is a likely scenario because the remote economy has led to significant growth in e-commerce. With the online catalog features on Facebook’s primary platform and Instagram, the company is in a great position to utilize ad pricing to its benefit.

Add to that, the fact that Facebook’s monthly active users increased to 2.8 billion this year from 2.5 billion in 2019.

Facebook is fundamentally a great investment in today’s digital-first environment.

Looking ahead, investors have several reasons to remain optimistic about Facebook stock. For instance, eCommerce will be a huge boon for the company in the coming years.

Facebook will be able to build on this service as it continues to collect more data from its eCommerce platforms. This, coupled with a growing number of merchants on the platform, will allow them to take advantage of greater ad spending on the platform.

Facebook is also developing a promising hardware business. In 2014, it acquired Oculus, a company that creates virtual gaming headsets. Although hardware, as a segment, is not a major revenue generator for the company right now, this could change in the future.

The potential for augmented reality in gaming is vast, but Facebook will be able to use this technology in other sectors like education and eCommerce as well. When virtual reality goes mainstream, Facebook’s strong position in the space will result in some significant tailwinds.

According to Todd Gordon, the founder of TradingAnalysis.com this overlooked segment could be a “game-changer” for the company.

The only way to generate long-term wealth in the stock market is to buy and hold stocks for an extended period of time. Using this as a framework, I don’t see the short-term dip in Facebook stock as a major cause for concern.

With the potential for massive ad revenue and a growing presence in other sectors like virtual reality, Facebook is still one of the best tech investments on the market today. The pandemic has imposed an element of uncertainty on a lot of businesses, but it’s worth looking at trends in the new normal when making long-term investing decisions.

On the date of publication, Divya Premkumar did not have (either directly or indirectly) any positions in any of the securities mentioned in this article.

Divya Premkumar has a finance degree from the University of Houston, Texas. She is a financial writer and analyst who has written stories on various financial topics from investing to personal finance. Divya has been writing for InvestorPlace since 2020.