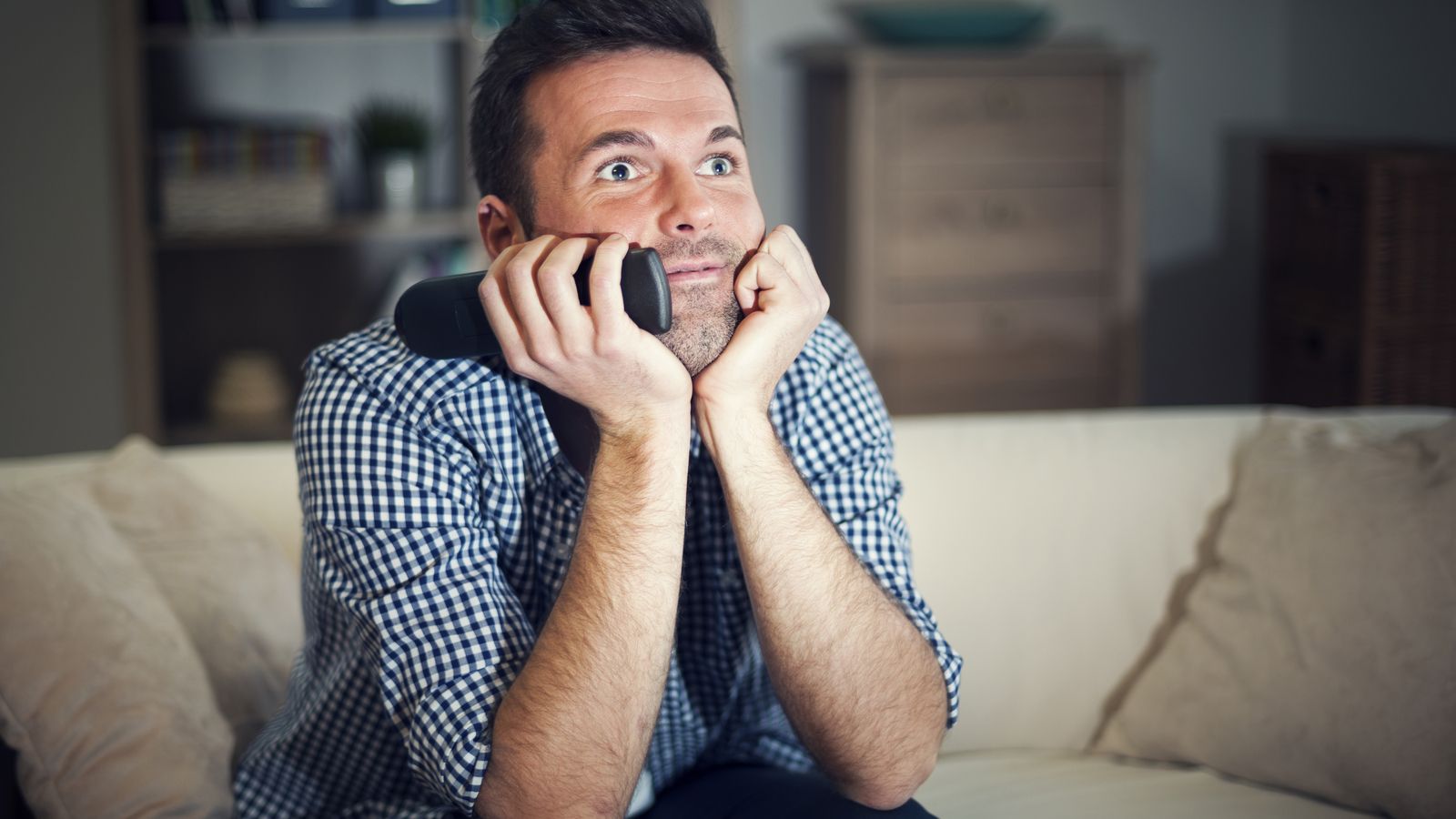 It’s been a quiet week for the markets as we head into a few major earnings reports to watch. In fact, all three major indices have traded mostly sideways. This includes the S&P 500, which actually has fallen more than 1% over the past four trading sessions.

That said, it may well stay quiet. The CBOE S&P 500 Volatility Index, popularly known as the “VIX,” sits near a ten-month low. And with the elections over and the holidays approaching, market-moving news seems unlikely until 2021.

Nonetheless, there should be some news, and perhaps even some fireworks, from earnings next week. The calendar is somewhat surprisingly full, with a solid cross-section of companies reporting.

All told, there are some key earnings reports to watch next week — with these seven being the most important:

Now, let’s dive in and take a closer look at each one.

Hexo admittedly isn’t a force in the Canadian cannabis industry. In its July quarter, Hexo generated 36 million CAD in revenue. By contrast, in its September quarter Canopy Growth (NYSE:CGC) sales were nearly four times as high.

Meanwhile, HEXO stock has struggled even in a sector that had headed south until a recent rally. Hexo shares still are off more than 85% from March 2019 highs. Its market capitalization now sits below $500 million.

And yet Hexo earnings on Monday morning do provide an interesting test for the suddenly hot sector. The ETMFG Alternative Harvest ETF (NYSEARCA:MJ) has rallied 43% just since Oct. 30. Optimism about state-level election results and a broader small-cap rally seem two of the primary causes. Solid earnings reports from Canopy and other majors too have contributed.

So HEXO does provide a bit of a test for the sector. The company’s size and recent struggles mean it probably can’t bring the sector down with it. But as one of the higher-risk, higher-reward plays in the sector (and indeed in the market), HEXO will provide an interesting sentiment check in trading Monday. 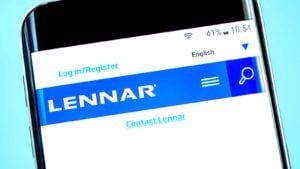 There’s an interesting disconnect in the housing sector at the market. By any reasonable measure, the housing market is on fire. Yet the stocks that might be expected to benefit from that torrid growth, and in the case of homebuilder Lennar, historically low inventories, are struggling.

Indeed, LEN stock has pulled back 17% from its highs, and rival D.R. Horton (NYSE:DHI) 14%. Both stocks now have traded roughly flat since July. Home improvement giants Home Depot (NYSE:HD) and Lowe’s (NYSE:LOW) too have lagged over the past couple of months.

It would seem likely that Lennar’s fiscal fourth-quarter report could be a catalyst for the sector. Given current data on the housing market, Lennar’s report should impress. An expected exodus out of urban areas post-pandemic would provide higher demand in 2021 and beyond. Lennar should detail plans to meet at least some of that demand.

Of course, that case is largely known — and for months now, investors have shrugged. We’ll see if trading in LEN stock on Thursday is any different. 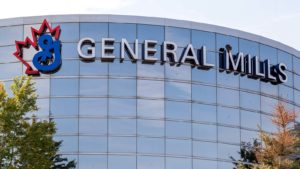 It’s hyperbole to call General Mills earnings on Thursday morning a last chance both for GIS stock and the sector. But there’s some truth to it.

Early in the pandemic, packaged food plays were winners. “Stay at home” orders and restaurant closures spiked revenue and profits. It presented giants like General Mills a chance to recapture lost customers and potentially attract new ones.

But as investors look toward a return to normalcy, stocks like GIS too have returned to normal. And the pre-pandemic normal wasn’t good. Even with a strong 2019 performance, General Mills stock entered 2020 down almost one-third from 2016 highs. An increasingly fragmented market and the growth of private-label options left the sector seen largely as value traps rather than value plays.

That sentiment seems to have returned. Campbell Soup (NYSE:CPB) is the latest victim. Despite an impressive fiscal first-quarter report on Wednesday, CPB stock dropped 2% even after selling off ahead of the release, largely due to less-than-spectacular guidance.

It wouldn’t be stunning to see the same trend play out next week with GIS stock, which too has weakened of late. Investors are looking forward — and the likes of General Mills haven’t done enough to convince those investors the future is all that bright. It likely takes an absolute blowout quarter, and above-expectations guidance, for that to change for GIS next week. 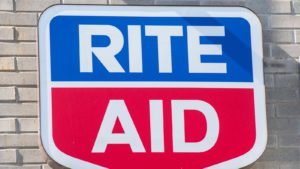 The pharmacy sector is seeing its own brief bout of strength after years of underperformance. Not even the entry of Amazon (NASDAQ:AMZN) has fazed investors. RAD stock has roared, more than doubling since the beginning of November. CVS Health (NYSE:CVS) and Walgreens Boots Alliance (NASDAQ:WBA) too have rallied, albeit to far lesser extents.

That sets up a huge report for Rite Aid and the sector on Thursday morning. Bear in mind that RAD stock plunged after the fiscal second-quarter report in September largely due to ugly guidance for the second half of the year. The problems that have plagued the industry for years — lower reimbursement rates from insurance companies, and fewer generic drugs to drive cost savings — were the same problems that led to the soft outlook.

Investors apparently believe the situation is going to get better. We’ll see on Thursday if it gets better fast enough.

There was a time when FedEx earnings could move the market. The company’s correlation to business confidence, in particular, was airtight. Strong FedEx earnings generally meant a strong economy, and vice versa.

With the growth of Amazon and rapid technological change in the business world, FedEx earnings don’t have quite the same import. But they’re still quite meaningful, particularly when the company reports in December.

After all, we’ve seen e-commerce names even outside of Amazon perform exceedingly well so far in 2020, thanks in part to the pandemic. It’s those companies that still are using FedEx to ship their goods, a key reason why FDX stock almost incredibly has more than doubled just since late June.

So FedEx earnings and commentary should provide key data on what looks like an enormously important holiday shopping season for online players. Given the rally in FDX stock, it’s a big report for FedEx itself. In short, both FedEx and its customers will be looking to keep their momentum intact.

DRI stock exemplifies the strength of the aforementioned “return to normalcy” trade. Incredibly, despite a global pandemic that closed nearly all of its restaurants, Darden has seen its stock price rise 6% so far in 2020.

That would seem to set up a potentially dangerous report on Friday morning. Darden is recovering from the pandemic, but slowly. Fiscal first-quarter revenues (for the quarter ending Aug. 30) still declined 28% year-over-year. Wall Street expects a 17% decrease in Q2, with earnings per share dropping some 35%.

Of course, investors don’t seem all that focused on the near term. They’ve bid up DRI, cruise companies, and airlines even as “second wave” concerns grow. They might be willing to look past another soft report, especially if that report is not quite as soft as feared.

As the old saw goes, bad news should be delivered on Friday at 5 p.m. Coincidence or not, Nike’s rare Friday afternoon earnings call starts at 5 p.m. EST.

To be sure, the rare timing of the release doesn’t mean that Nike is going to deliver bad news on Friday afternoon. But it wouldn’t be a huge surprise if it did. Analysts still expect a double-digit decline in EPS and minimal revenue growth. Lingering effects of the pandemic on youth sports, in-store shopping, and even casually worn basketball shoes likely impacted fiscal second-quarter results.

Like DRI, there’s a question as to how much investors will care. But NKE stock is a very different story, because of very different performance this year. The stock has gained a sizzling 36%. It now trades at 37x consensus earnings expectations for fiscal 2022.

That is an enormous multiple, even for a company as quality as Nike. And it gets to one of the key questions that has faced this market for years: how expensive can even the best companies get? The answer, as NKE stock itself shows, repeatedly has been: more expensive. The reaction to NKE stock in the short week after earnings might show whether valuation concerns finally are hitting home.