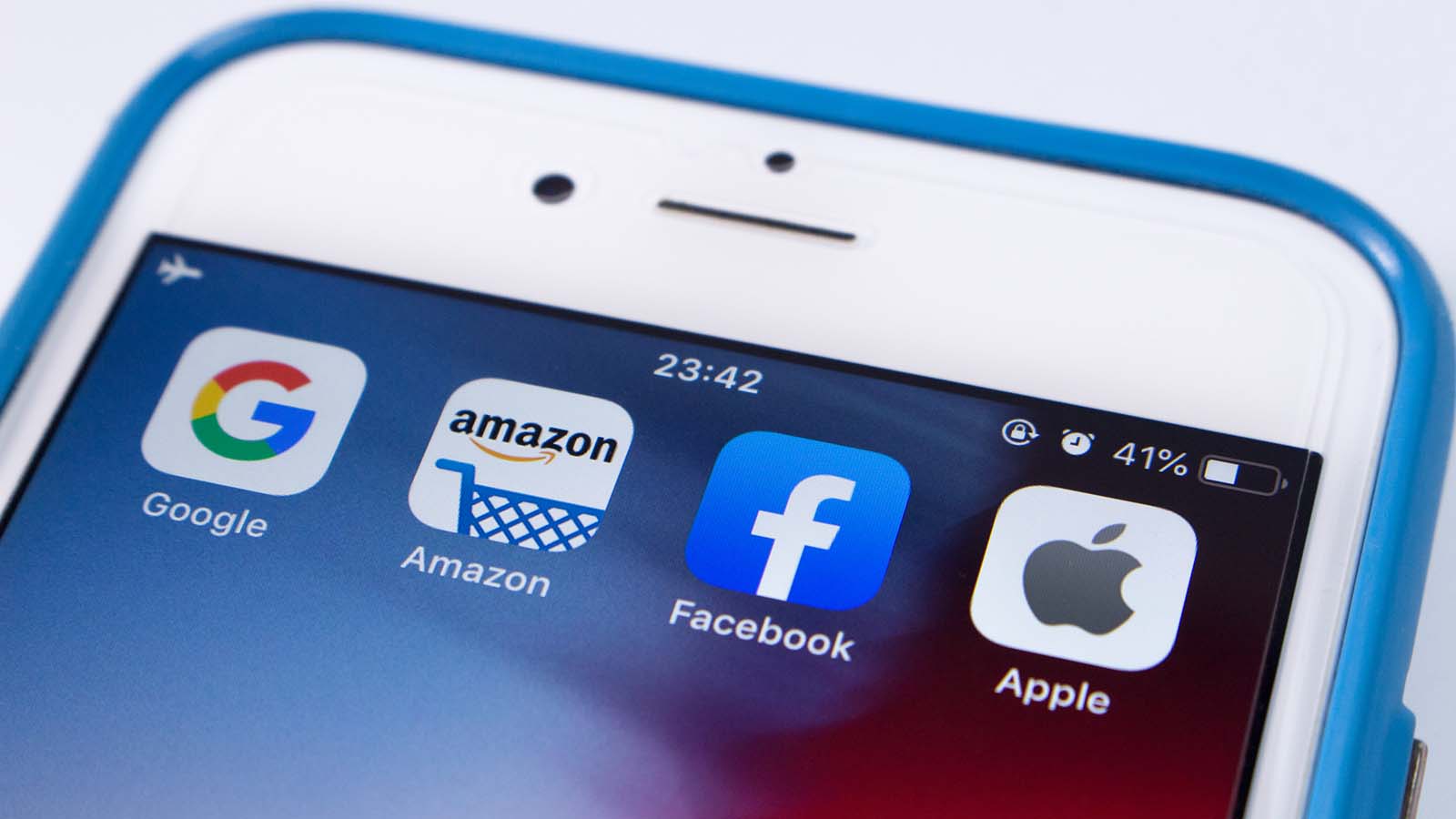 The novel coronavirus pandemic greatly disrupted economies last year. Yet, in the worst economic situation in recent memory, the stock market is holding pretty steady thanks, in part, to FAANG stocks, which make up about 15% of the S&P 500 and act as an economic indicator.

In fact, the S&P 500 and Dow both closed at record highs to polish off the year.

Furthermore, the pandemic has acted as a tailwind for the companies. However, investing in FAANG stocks is not a zero-sum game. Timing your entry and exit points is key to the success of your portfolio.

For that, you need to know about the latest and upcoming events that can have an effect on these major companies. This list will help you in that respect. So, without further ado, let’s explore the FAANG stocks and see what they are up to.

Our first entry on the list is no stranger to controversy. Facebook recently suspended the page of one of its most famous users. Donald Trump had more than 88 million followers on Twitter and 35 million on Facebook.

Nevertheless, after attacks on the U.S. Capitol in January, he was blocked from using both accounts. Of course, this is not the first time the company has become embroiled in domestic politics. We all remember the Cambridge Analytica scandal.

Additionally, with Facebook subsidiary WhatsApp confirming that its software was used to install spyware on phones, many are considering deleting the popular messaging app.

This makes Facebook one of the riskier picks among the major FAANG stocks. But if you are willing to look past all this, Facebook is an all-around consistent performer.

In the past six quarters, it has disappointed Wall Street analysts just once. Most recently, in the fourth quarter of 2020, the social media giant reported better than expected profits against a backdrop of mushrooming political and regulatory challenges.

Despite EPS and revenue beating expectations, FB stock slid. Investors are spooked regarding the new Democratic White House leadership bringing the hammer down on Facebook and Big Tech.

Facebook has not formally confirmed its next earnings publication date. However, the company’s estimated earnings date is likely May 5 based on the prior year’s report dates. I believe that shares are at an attractive valuation at the moment. FB stock has a 12-month price target of $336 per share, a 30.1% upside, and are trading at 22.9 times forward price-to-earnings. In the run-up to earnings season, it should continue to do well.

That could confuse certain investors. After all, Amazon was one of the key beneficiaries of the pandemic. Now that vaccines are rolling out, we will see the pandemic’s effects starting to wear thin.

However, what many people fail to factor in is that Amazon does not rest on its laurels. For instance, Amazon Logistics is an important lynchpin in its future growth plans. After relying on third-party vendors for much of its fulfillment needs, the company can rely on its own transportation network.

Meanwhile, Amazon Prime is constantly growing in the United States. In 2020, Amazon crossed over 150 million paid Prime members worldwide. On average, Amazon Prime members spent 1,400 U.S. dollars on the e-retail platform per year. With e-commerce orders growing with every quarter, expect both revenues and memberships to keep growing as we move forward.

The gift that keeps on giving, NFLX stock has outperformed the S&P 500 by 37.3% and its sector by 28.1% in the past year. That may come as a surprise, considering four consecutive negative earnings surprises.

However, there are a couple of trouble spots that investors should keep in mind. First, Netflix keeps on investing a lot of money in content. Back in 2013, Netflix started making original content with House of Cards. After spending $2.4 billion on content that year, the company never looked back.

Last year, it spent $17.3 billion, and this year, that figure will rise to $19.03 billion. I am sure that is great news for subscribers but not for investors, who will want the figure to come down. However, that doesn’t look like happening anytime soon.

There are a plethora of content makers in the industry battling for subscribers. AT&T’s (NYSE:T) HBO Max, in particular, gained some significant ground by announcing that every Warner Brothers theatrical release will release simultaneously on the platform.

Countering this, Netflix will release new movies every week in 2021. And time does not permit me to get into what Disney (NYSE:DIS) and Amazon have planned for the year.

Generally, the trajectory is up for NFLX stock. But along the way, I expect it to lose a bit of steam as the competition heats up. At 53.6 times forward P/E, it is one of the more expensive stocks out there.

Apple is coming off a quarter in which revenue topped $100 billion for the first time.

CEO Tim Cook said the results could have been even better if not for the Covid-19 pandemic that forced some Apple stores to shut down worldwide.

“Taking the stores out of the equation, particularly for iPhones and wearables, there’s a drag on sales,” Cook said.

The tech giant also warned that the forthcoming quarters could be muted. However, Apple has a habit of under-promising and over-delivering. Apple has profited from the pandemic. PC and gadget sales are increasing as people working or going to school from home upgrade their devices.

Additionally, in October, Apple released four iPhone 12 models, the first to include 5G. Analysts believe the release can lead to a “supercycle” of users clamoring for an upgrade.

Apple is known for holding four to five launch events in a year. However, due to the pandemic, the company may release products via press releases. The tech giant is expected to launch a new iPad Pro model with mini-LED display technology and the AirPods Pro 2.

Meanwhile, the revamped version of Apple TV is also expected to arrive this year. Considering all these product launches, you will want to keep a keen eye on the company’s press release section. All of these releases can and will act as catalysts for AAPL stock.

Google parent Alphabet is all set to report fourth-quarter and full-year 2020 results. For the full year, analysts expect revenues of $178.7 billion, a 10.4% increase over the year-ago period.

However, much like Facebook, Google also has several legal and regulatory challenges that it has to bear. In the US, the Federal Trade Commission has requested a broad range of information from the five major tech companies. The House Judiciary Committee has also expressed interest in an antitrust action.

Nevertheless, Google’s biggest regulatory troubles are undoubtedly rooted in the EU. The company has paid $2.7 billion over search manipulation and $1.9 billion for AdSense contract terms. German regulators are also examining how Google stores data from its voice assistant, along with certain smaller claims.

Let’s not get anything wrong here. Alphabet is a company with sound fundamentals. Google is the world’s largest search engine, which dominates Internet search activity globally. In fiscal Q3, the company reported an EPS of $16.40 versus an earnings estimate of $11.21, a positive beat of 46.3%. Total revenues of $46.2 billion reflect broad-based growth led by an uptick in advertiser spend in Search and YouTube.

Again, considering the company is such a solid performer, share prices will heat up in the runup to earnings. Alphabet has only done one stock split as a publicly-traded company, so I am not expecting anything major on that end.

Faizan Farooque is a contributing author for InvestorPlace.com and numerous other financial sites. He has several years of experience analyzing the stock market and was a former data journalist at S&P Global Market Intelligence.

7 Cybersecurity Stocks to Sell ASAP
Wednesday Predictions: 3 Hot Stocks for Tomorrow
My SOFI Stock Price Prediction for 2030
The 3 Best Fertilizer Stocks to Buy for February
7 Cheap Chinese Stocks to Buy Before the Rebound