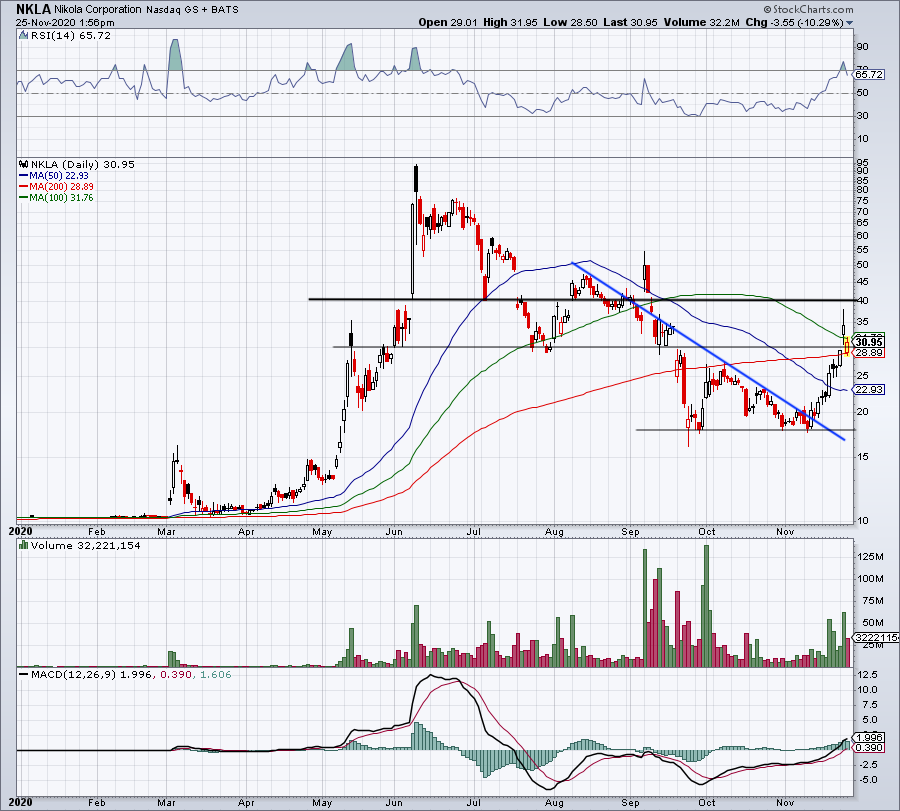 It was a quiet session on Wednesday, the last full day of trading this week. Remember, the stock market is closed on Thursday for Thanksgiving and only open for a partial session on Friday. Let’s look at a few top stock trades moving today.

Investors already know Nikola (NASDAQ:NKLA) is a volatile holding, but it has really been proving it over the past few sessions.

Shares were up for eight straight sessions coming into Wednesday. While up nicely from the session lows, Nikola is still down over 10% at the time of this writing. 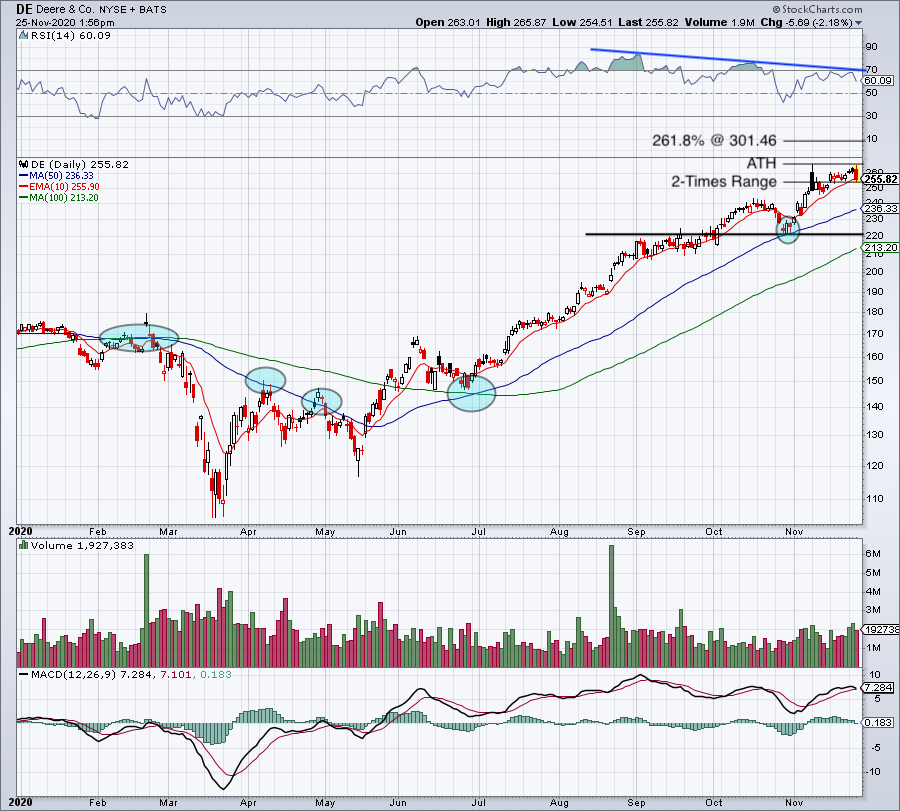 Deere (NYSE:DE) is dipping ever so slightly on earnings, down about 2% on the day.

Shares are now struggling to hold the 10-day moving average and the two-times range extension.

If the stock holds this area, look for Deere to retest the $266 area, which is near the all-time high and is current resistance. Above it could kickstart a move up toward the $300 mark, with the 261.8% extension coming into play at $301.46.

If support fails to hold, it could open up a retest of former resistance near $240 and the 50-day moving average. Thus far, the latter has been a very solid support mark.

Deere has been a trustworthy long, but the divergence in the RSI (as it makes lower highs while the stock makes higher highs) is something to note. It doesn’t ruin the bullish setup necessarily, but again, it’s just something to keep an eye on for the shorter-term traders. 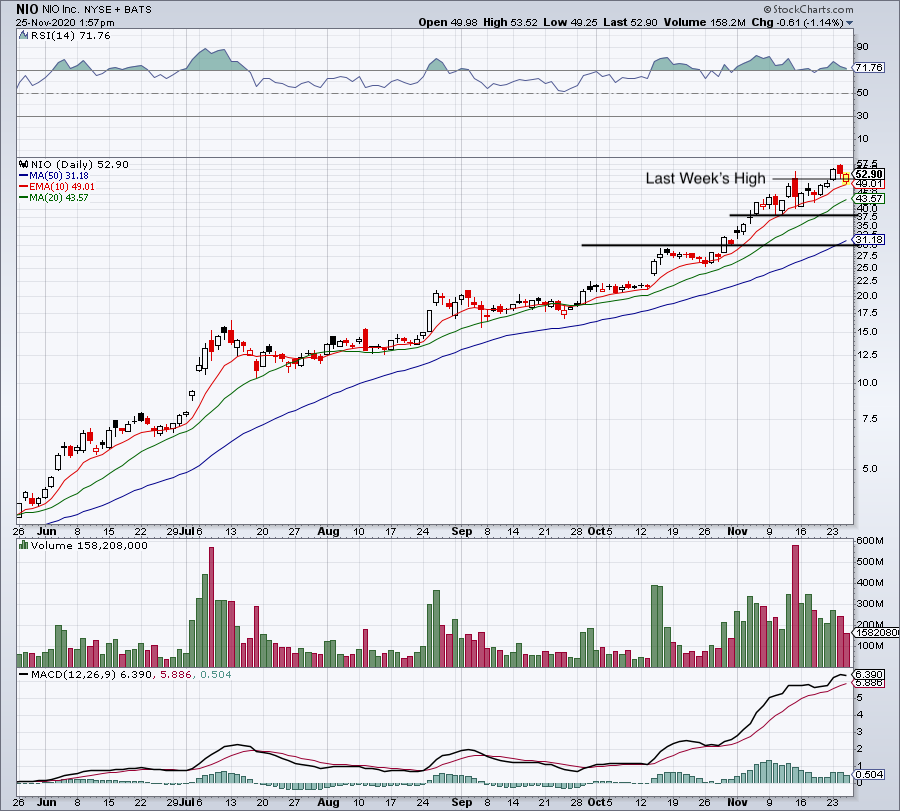 Nio (NYSE:NIO) has been one of the most robust names in the market this year as it relentlessly grinds higher.

As has been the case for a few months now, the stock continues to hold the 10-day moving average. However, bulls have to be feeling a little giddy here, which could create volatility.

Falling below these marks could put the 20-day moving average in play. Ultimately, I would love to someday see a test of the $38 area, which should be support as long as Nio remains in good shape.

Speaking of strength, have you seen Corsair Gaming (NASDAQ:CRSR)? Holy moly, this one has been on a run.

Perhaps the stock just blew off its top or maybe it makes new highs on Black Friday. It’s hard to know anymore with some of these stocks.

All I have to say is, be careful with it. Dip buyers will likely jump at the opportunity to buy CRSR on a test of the 10-day moving average. This mark hasn’t been tested in 11 sessions, so it’s bound to act like a magnet here.

Initially, that could be good for a bounce. If the stock knifes right through the 10-day though, CRSR may need some more time to reset. On the upside, reclaiming $46 could put $50-plus back on the table.

All in all, take care with CRSR. It’s a wild mover. And for that matter, take care with all your trading endeavors. Happy Holidays and good luck on your Black Friday and Cyber Monday shopping.

On the date of publication, Bret Kenwell did not have (either directly or indirectly) any positions in any of the securities mentioned in this article.