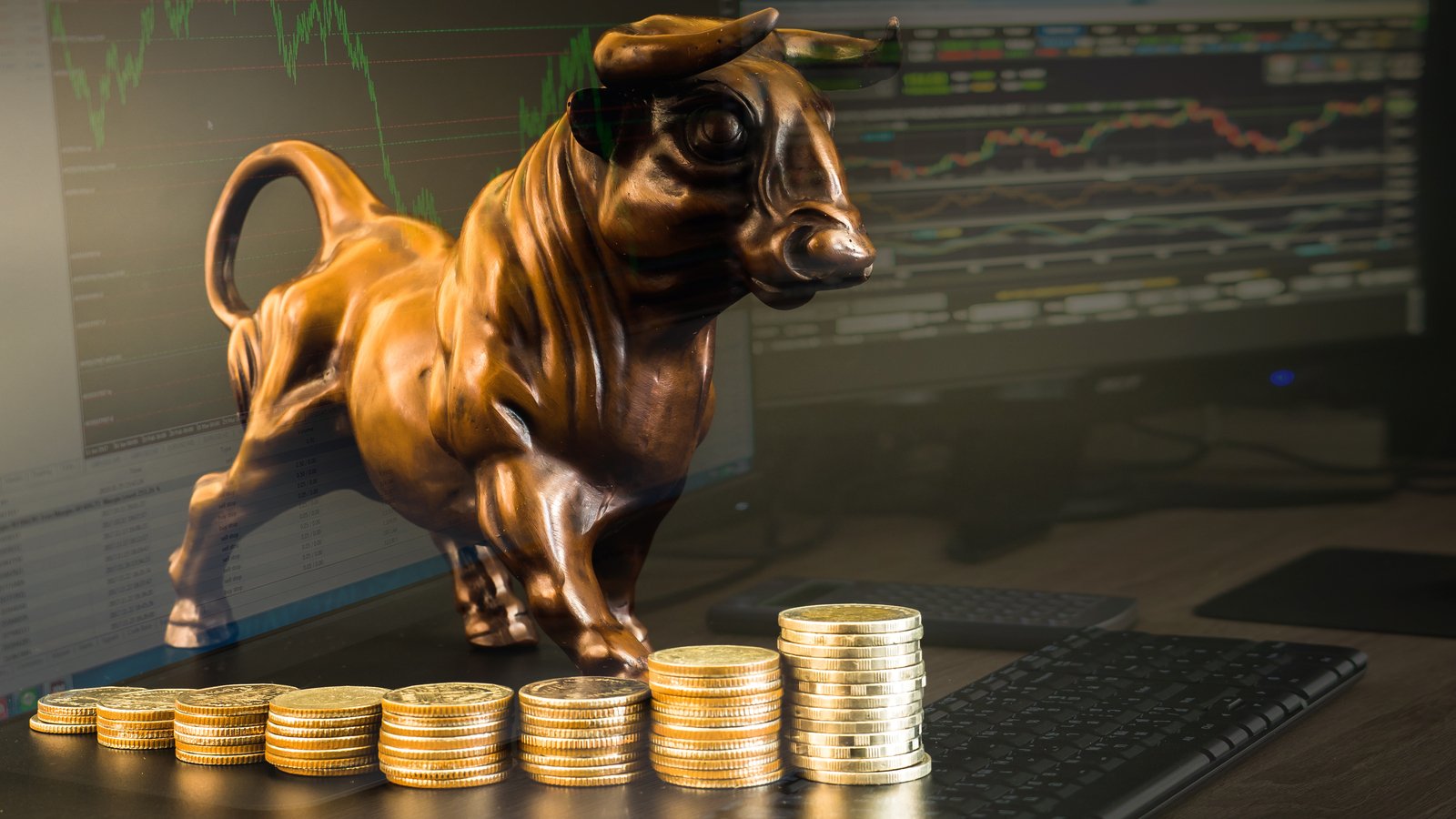 The average investor is probably very familiar with some of the more well-known dividend growth stocks like 3M Company (NYSE:MMM), The Coca-Cola Company (NYSE:KO) and Johnson & Johnson (NYSE:JNJ). But when it comes to Dividend Kings, those stocks with at least 50 consecutive years of dividend growth, there are many names with smaller market capitalizations that fly under the radar.

But even small-caps can offer market-beating dividend yields along with continued dividend growth in the future. So don’t let these potentially unfamiliar names stop you in your tracks. There’s a lot to like about these companies, both now and for years to come.

This article will discuss three Dividend Kings that income investors should not overlook just because they have smaller market caps than the more familiar mega-caps.

My top three picks are: 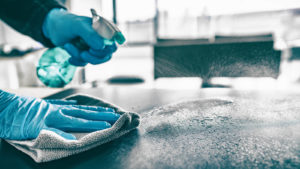 ABM Industries (ABM) is a leading provider of facility solutions, including in the areas of janitorial, energy, parking, landscape and turf, and electrical and lighting. The company has offices in both the U.S. and Canada.

ABM Industries has a market capitalization of $2.6 billion and generated sales of almost $6 billion in fiscal 2020 (the company’s fiscal year ends Oct. 31).

ABM Industries has grown over the years through acquisitions. Although the company’s international presence is mostly confined to Canada, ABM has entered the United Kingdom market in recent years with its 2014 purchase of GBM Support Services and its 2015 purchase of Westway Services. We feel that international markets are a good source of future growth going forward.

In addition, as one of the largest companies in its industry, ABM Industries has a scale that can’t be matched by peers. This allows the company to go after national accounts, which allows it to acquire a significant amount of business all at once.

ABM Industries benefits from an excellent reputation in its industry which gives it an advantage when competing for accounts. This also allows the company to expand its services for different work with clients it already has.

The industry is also very low-margin which helps to keep smaller competitors at bay. All of these competitive advantages helped ABM Industries see a 34% increase in earnings-per-share from 2007 to 2009, an excellent return considering the economic environment at the time.

This performance during the last recession has us believing that the company is recession-proof. Riding out recessions helped ABM Industries increase its dividend for 53 consecutive years, one of the longest dividend growth streaks among all industrial companies.

With a low payout ratio and a business model that can be extremely successful during tough economic times, it is likely that ABM Industries will continue to grow its dividend and remain among the dividend kings for years to come.

Black Hills Corporation has had some volatility over the last decade but has plans to help ensure future growth through new projects. For example, the company has an investment backlog of almost $3 billion for the 2020-2024 timeframe. Given its market capitalization and annual sales, this is a pretty aggressive investment strategy. The company also exited its oil business in 2018, avoiding looming commodity prices.

Demand for natural gas and electricity doesn’t change all that much regardless of how strong or weak the economy is. Black Hills Corporation doesn’t operate in many densely populated states. but it does enjoy rate reviews that allow it to recover its investments, all but guaranteeing that revenues will rise in the future.

Black Hills Corporation’s earnings-per-share declined 94% from 2007 to 2008 but resumed growth the very next year. It did take the company until 2014 to make a new earnings-per-share high. While this may seem to undermine the notion that utility companies are recession proof, Black Hills Corporation has raised its dividend through several recessions, including the most recent.

Following a dividend increase at the end of 2020, Black Hills Corporation has now increased its dividend for 50 consecutive years, making the company one of the newer Dividend Kings.

The stock pays an annualized dividend of $2.26 and yields 3.8% at the moment. The payout ratio did move above 100% during the last recession, but has declined greatly since then. We expect that the payout ratio will be 62% in 2021 based off of our expected earnings-per-share of $3.65 for the year.

Black Hills Corporation is a more focused utility company since divesting its oil business. This should help smooth out earnings-per-share growth over the long-term. With a payout ratio in solid shape and operating in an industry that has fairly consistent demand for services, Black Hills Corporation should continue to grow its dividend.

Lancaster Colony Corporation has been making housewares and food products since the early 1960s, but the company has shifted towards food products primarily.

Landcaster makes meal accessories, such as croutons and bread products, in both the frozen and non-frozen categories.

Key products include Marzetti and New York brands. Lancaster has a market capitalization of $4.9 billion and produced revenue of $1.3 billion in fiscal 2020 (the company’s fiscal year ends June 30). Annual revenues are almost split evenly between foodservice and retail.

Lancaster is another company that has found growth through acquisitions. This has helped the company diversify away from foodservice sales, which have struggled significantly since the onset of the COVID-19 pandemic and the resulting social distancing restrictions.

Fortunately, acquisitions and product lines related to the retail consumer already in-house have helped to offset these challenges.

The company’s key competitive advantages are that it has distribution partnerships with big box stores, such as Walmart (WMT), and McLane Company, a leading restaurant distributor. This gives Lancaster access to a nationwide customer pool of both retail and restaurant clients.

Lancaster performed well during the last recession as earnings-per-share grew almost 119% from 2007 to 2009, showing that its products remain in high demand even under adverse conditions. Restaurant demand certainly wains during recessionary times, but consumers still need to eat and Lancaster’s national brands have loyalty amongst shoppers.

Lancaster has increased its dividend for 58 consecutive years as the company has navigated a wide variety of economic environments. With an annualized dividend of $3.00, shares offer a 1.7% yield. Despite nearly six decades of dividend growth, the projected payout ratio for the current year is just 57% using our expected earnings-per-share of $5.20.

The company has definitely felt pain from its foodservice business related to the COVID-19 pandemic, but consumer sales made up for this headwind. This helps to show the strength of Lancaster’s business. If the company can hold up decently during this unprecedented time then it is likely to continue to thrive in almost any other economic environment.

The Bottom Line on the Dividend Kings

The Dividend Kings are full of well-known large-cap stocks, but they also contain some smaller names that have equally impressive dividend growth streaks. ABM Industries, Black Hills Corporation and Lancaster Colony are three such companies. Each has encountered difficult operating environments and still managed to raise their dividend payments to shareholders for at least 50 consecutive years.

Redditors Didn’t Start the GROM Stock Squeeze. And They Shouldn’t Finish It.
3 Things Investors MUST Consider Before Making a Bet on Mullen Stock
Beware! Why the Recent NIO Stock Rally Could Be Fleeting
Is TSLA Stock a Buy After Earnings? Not So Fast
Fintech Stocks Face-Off: SOFI vs. UPST vs. AFRM