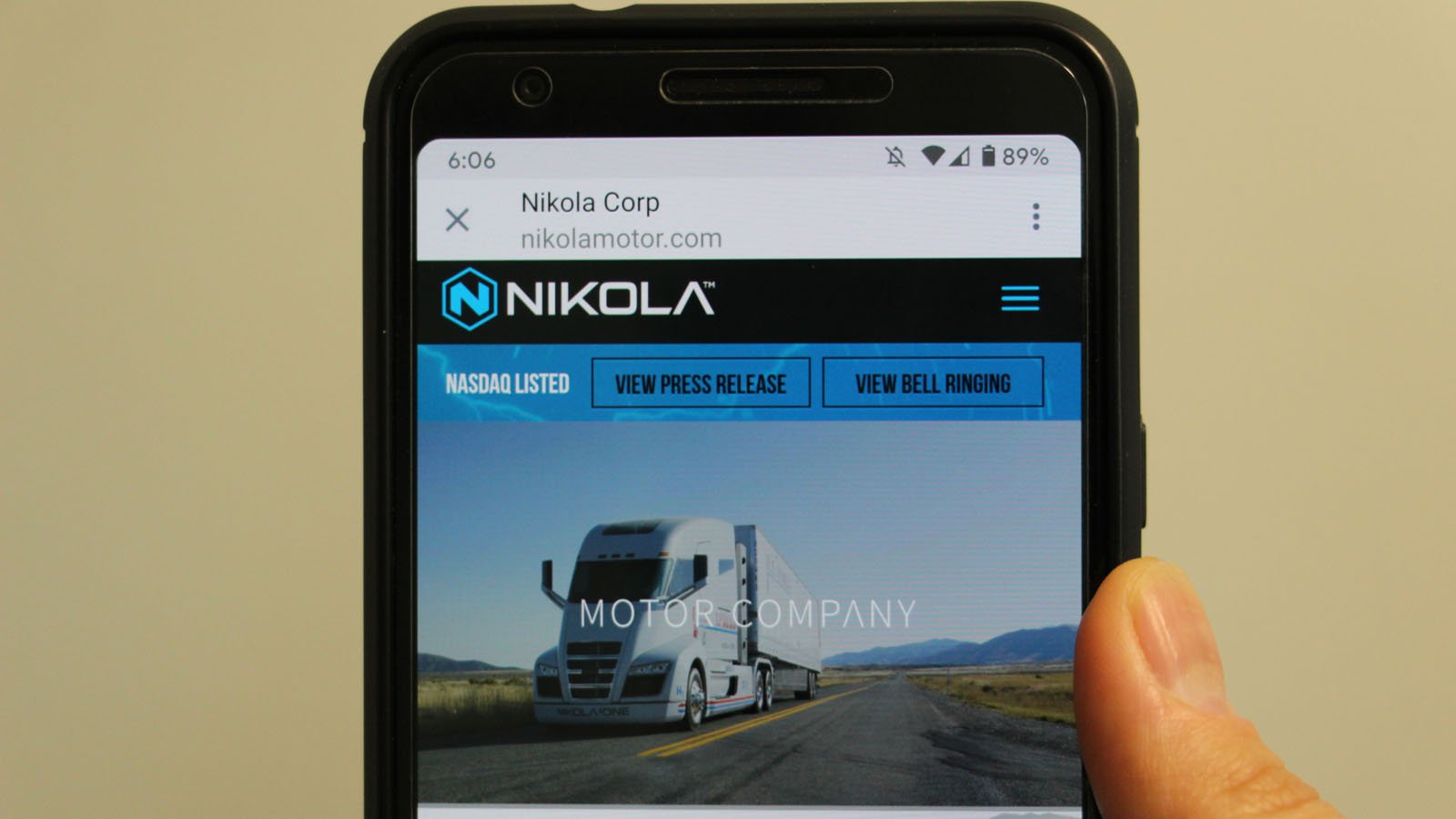 Electric vehicle (EV) companies entered 2021 running hot, with their stocks sporting massive gains. However, one name that has so far failed to win over Wall Street is Nikola (NASDAQ:NKLA). NKLA stock has been doing better lately, but still remains 78% off its June highs.

The truth is, Nikola never deserved to trade as high as it did. I don’t have any sort of vendetta against the company. But its valuation was completely out of whack.

Consider that in June, the company had a market capitalization of almost $29 billion. Heck, even the lowest market cap NKLA stock sported, $5.3 billion, seems too high as well.

Why? Because there are no real fundamentals to work with. How can we possibly value a company this high without a real business?

I don’t throw around the term “bubble” loosely and when it comes to EVs more broadly, I don’t believe there is a bubble. However, there are some pockets of euphoria.

It seems some investors are perfectly fine throwing hard-earned dollars behind SPAC plays in the EV space — even if there’s no current business to speak of.

In the case of NKLA stock though, the company sporting a near-$30 billion valuation had the word “bubble” floating around a lot of investors’ heads. Keep in mind, that valuation made Nikola worth more than a number of well-established, profitable automakers.

Even at its current valuation of almost $8 billion, where’s the justification? Nikola is forecast to generate $50,000 in sales for 2020. In 2021, analysts expect $62.5 million in sales. In two years — far out, and thus difficult to predict — consensus estimates call for ~$250 million in sales.

So we’re talking about an EV company that trades at 32 times its 2022 revenue estimates. Even some of the most promising overvalued tech companies don’t trade at such a rich valuation.

That doesn’t even take into consideration that Nikola’s losses are forecast to accelerate as revenue grows. Or the fact that Nikola had a very public falling out with a well-known automaker and the companies’ failed partnership.

It also doesn’t include the humiliating exit its founder went through or the fact that Nikola never really fought off its allegations of fraud, at least not convincingly.

Perhaps most importantly, we are left looking at an automaker with a massive valuation and no real current revenue, that will eventually step into a ring with massive competition.

No thanks. There are way too many red flags here with NKLA stock.

If investors want to invest in automakers, there are a number of traditional companies doing quite well. If bulls want to put their cash to work in EV stocks, there are several that have products on the road today and those stocks are doing well too.

Simply put, even for speculative holdings, there’s no room in our portfolio for NKLA stock. The risk is simply too high for a company that has proven multiple times that it doesn’t deserve that risk.

There are worthy speculative plays and I encourage investors who find them attractive to take a shot at them. Of course, doing so with the right expectations and proper position sizing.

Unfortunately for Nikola though, its fundamentals simply don’t warrant a position, and neither do the technicals.

Here’s the thing: Just because something is unjustified, doesn’t mean it can’t happen. Remember, Nikola trades at 32 times its two-year revenue estimate. It doesn’t deserve to, but it does. Who’s to say that it can’t go to 50 times the two-year estimate?

Regardless, we won’t be here to find out. Because in reality, it doesn’t even deserve $20. The charts have an ugly pattern of higher lows. So while it’s possible that that pattern ends and shares move higher, it’s also possible that the floor falls out.

Directional Vertical Strategy with Protection from a Shorter Duration Vertical (Members Preview)
The 3 Most Undervalued EV Stocks to Buy in February 2023
3 Fintech Stocks That Will Be Big Winners in 2023
Buy SOFI Stock? Yes! The Bull Case for SoFi Technologies.
The 7 Best Growth Stocks for the Next 10 Years