The start of the year is the time for predictions, and why shouldn’t those predictions be bold ones? After the past 12 tumultuous months, it’s nice to take a deep breath and think about what is likely to happen in the coming year, especially in the fast-moving and often volatile technology sector. Plus, tech stocks were the undisputed winners in 2020.

The tech laden Nasdaq index gained 43% last year, while the S&P 500 gained just over 16% and the Dow Jones Industrial Average rose 7.25%. Many tech stocks such as Apple (NASDAQ:AAPL) and Amazon (NASDAQ:AMZN) rose more than 75% last year, while some high flyers such as Nvidia (NASDAQ:NVDA) more than doubled their share price.

In this article, we offer seven bold predictions for tech stocks in 2021.

Bold Predictions in Tech Stocks: 1. Alphabet Stock Will Soar Above $2,000 a Share

Shares of Alphabet (NASDAQ:GOOG, NASDAQ:GOOGL), parent company of Google, ended 2020 basically flat. But analysts see big things for Alphabet in the year ahead. Bank of America (NYSE:BAC) recently issued a report stating that it sees Alphabet’s stock rising 22% in the next 12 months to $2,150 a share.

Bank of America also expects Alphabet to outperform all the other FAANG stocks, notably Amazon and Apple. BAC isn’t alone in its forecast. Among 39 analysts offering 12-month price forecasts for GOOGL stock, the median price target is $2,000 a share, with a high estimate of $2,300.

The reasons for the optimism include a rebound in search advertising, as well as strong returns for Google’s cloud business, which Bank of America foresees generating $24 billion in revenue by 2022.

Additionally, Google just concluded its $2.1 billion acquisition of Fitbit, concluding a months-long investigation into the deal by the U.S. Department of Justice. There had been concerns GOOGL would use personal data from Fitbit’s 120 million devices to support advertising directed at consumers. However, executives said that the deal was “about devices, not data.”

Regardless, the Fitbit acquisition further diversifies Alphabet’s business, which now includes smartphones, music streaming and self-driving cars, to name only a few.

2. Amazon Will (Finally) Split Its Stock

Will they or won’t they? That has been the question concerning a potential stock split by Amazon since last summer. After Tesla and Apple each split their stocks within days of one another last August, investors began demanding that Amazon also split its stock.

The online retail juggernaut has one of the most expensive stock prices on the market today at $3,310 a share. And the company hasn’t split its stock since 1999 at the height of the tech bubble. Retail investors are clamoring for AMZN to finally split its stock and make it more affordable for individuals to take a position.

Amazon supremo CEO Jeff Bezos has been coy about any current or future stock split, saying that AMZN stock is “not the company.” However, analysts and investors offer no shortage of reasons for the company to again split its stock. Astute observers note that Amazon would be unable to join the Dow at its current stock price, explaining that AMZN would account for roughly one-third of the Dow Jones total market weight at its current stock price.

And theories on the form that a stock split could take abound — from a 5-for-1 split to a 10-for-1 split and even a 65-for-1 split. Regardless of whether the Dow Jones comes knocking, 2021 might be the year that Bezos finally relents and gives investors a break.

3. The Global Microchip Shortage Will Get Worse 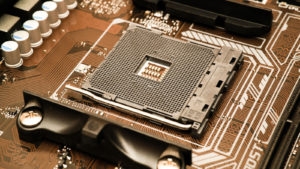 There is currently a microchip shortage around the world, and it is impacting everything from smartphones to automobiles. The situation is so bad at the start of 2021 that many automakers have been forced to idle their production plants as they wait for microchips that power everything from Bluetooth and touchscreen displays to transmissions and blind-spot monitoring.

Makers of smartphones and television sets are also under threat because of the shortage of chips. Many tech manufacturers say the situation is hampering their ability to roll out new 5G-enabled devices.

The reasons for the shortage range from sanctions on Chinese manufacturers, to a fire at a manufacturing plant in Japan, to Covid-19 lockdowns around the world and a workers’ strike held in France. The automakers say that lengthy shutdowns at auto plants last spring, coupled with a ramp-up of production in recent months to replace depleted inventories contributed to the microchip shortage.

Record demand for new 5G-enabled smartphones and next-generation video game consoles has exacerbated the microchip shortage, according to industry experts. Regardless of the reasons, the shortage of microchips is likely to get worse this year before it gets better. Demand for chips is expected to increase as the global economy recovers from Covid-19. 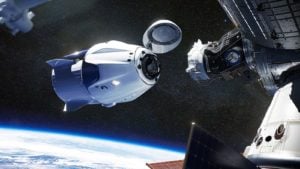 If there’s one initial public offering (IPO) that could cause a feeding frenzy in 2021 it’s the market debut of privately held SpaceX. Not only is the Hawthorne, California-based company a leading player in the red-hot commercial space sector, but it has the added pedigree of being run by Tesla’s (NASDAQ:TSLA) head honcho Elon Musk. And as far as many investors are concerned, Musk has the Midas touch, especially when it comes to tech stocks.

Plus, commercial space is one of the most exciting sectors right now, with stocks of companies such as Virgin Galactic (NYSE:SPCE) and Maxar Technologies (NYSE:MAXR) enjoying big gains in recent months. ARK Investments caused a commotion in markets recently when it announced plans to launch a new exchange-traded fund (ETF) focused on commercial space companies.

SpaceX is in the midst of fulfilling a $2.6 billion contract it has with NASA to provide commercial services to the U.S. space agency. The company has also launched more than 950 Starlink satellites into Earth’s orbit with the aim of providing low-cost internet access to remote locations around the world.

SpaceX is a current leader in the commercial space industry and its IPO would likely dwarf any mania seen around Tesla or other tech stocks in recent memory.

5. 5G Will Become the Global Standard 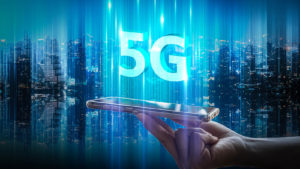 They say that 5G networks are the future. And that future can’t get here soon enough. By all accounts, 5G internet is great. If you can access it. Despite a host of smartphones and other internet-connected devices promising that they are 5G enabled, the reality is that the infrastructure needed to make 5G the new global standard has been woefully lacking to date.

This year could see the industry catch up and unleash the true potential of fifth-generation internet. Research and Markets forecasts that the global 5G market will grow from $630 million in 2020 to $9.5 billion by 2025, for a compound annual growth rate (CAGR) of 72%. Not bad.

The market for 5G is expected to gain traction as cellular networks are upgraded to support the technology and as cloud-native and service-based architectures improve in coming months and years.

Many technology companies are actively involved in the 5G infrastructure build-out and stand to benefit from the transition to the fastest possible internet. These companies include American Tower (NYSE:AMT), Qualcomm (NASDAQ:QCOM) and Ericsson (NASDAQ:ERIC), among others.

In the end, 5G will become the global standard. It’s just a question of how long it takes. Progress is expected this year, and it could mean big things for tech stocks.

6. Congress Will Ease Up on Social Media Companies 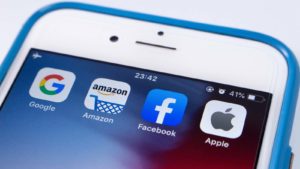 Technology companies, especially ones focused on social media, have been beaten up a lot by politicians over the past year. In October of last year, Congress released a report on Big Tech that followed a 16-month investigation into whether Google, Facebook (NASDAQ:FB), Amazon and Apple engage in anti-competitive practices and essentially break the law to maintain their dominant positions.

The report, issued by the House Judiciary Committee after in-person testimony from the leaders of each company, suggested that it might be time to break up some of America’s biggest and best known technology companies. This threat has largely kept the tech stocks of the FAANG companies stagnant in recent months.

However, a new political era has dawned in Washington, D.C. with the inauguration of President Joe Biden and the Democratic Party’s effective control of both houses of Congress. This change brings new hope that the temperature in the U.S. Capital will cool down. And maybe that lawmakers will focus their energies on other priorities (such as the distribution of Covid-19 vaccines) and worry less about the potential monopolies of technology companies such as Google and Facebook. One can certainly hope.

And, to be sure, less scrutiny of Big Tech names and threats to dismantle them is good news for markets and shareholders. Biden might get around to Big Tech eventually, but he certainly has other issues to tackle more immediately.

7. There Will Be Consolidation Among Streaming Services

How many streaming services do you subscribe to? Let’s see, there’s Netflix (NASDAQ:NFLX), Walt Disney’s (NYSE:DIS) Disney+, Apple+, Amazon Prime, HBO Max, the list goes on and on. And at a monthly cost of $5 to $15 each, it can seem relatively inexpensive to subscribe to multiple streaming services. But how much time do each of us have to watch all the available content? And how many new subscribers can each service sign up month after month? The streaming industry is fast reaching a saturation point, and some form of consolidation could come in 2021.

Most of the major streaming platforms are owned by sizable companies, and they are not likely to buy each other outright. But the war over content is heating up. Netflix reportedly paid $100 million to keep 1990s sitcom Friends on its platform for one additional year, and more content could be bought up by deep-pocketed streaming companies such as Apple and Disney at the expense of smaller streaming platforms.

Nobody is quite sure what the future holds, but it is clear that, when it comes to streaming, content is king. One hit show, such as Netflix’s The Queen’s Gambit, is enough to lift subscriptions. Within the industry, the latest buzz words are “premium content.” Who has it and who doesn’t will ultimately determine which streaming platforms survive and which ones bite the dust.

Joel Baglole has been a business journalist for 20 years. He spent five years as a staff reporter at The Wall Street Journal, and has also written for The Washington Post and Toronto Star newspapers, as well as financial websites such as The Motley Fool and Investopedia.

2 Red Flags That Make GOOG Stock a No-Go Right Now
6 F-Rated Penny Stocks Not Worth Your Dime
The 3 Most Undervalued Retirement Stocks to Buy in February 2023
7 Sorry Growth Stocks to Sell in February Before It’s Too Late
META, AAPL, AMZN Predictions: 3 Hot Stocks for Tomorrow