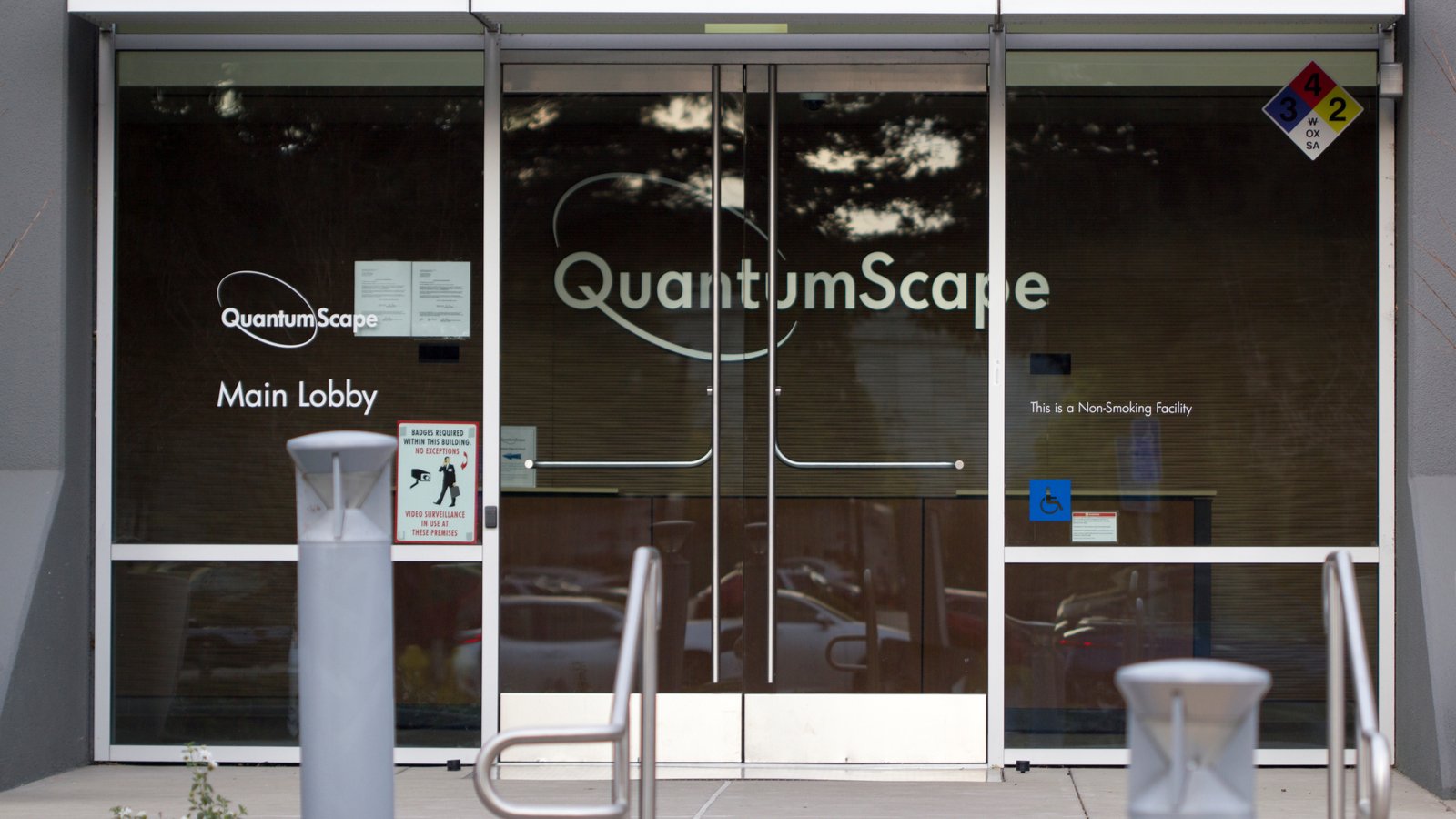 QuantumScape (NYSE:QS) stock doesn’t rise and fall. It gyrates as if it were dancing in a darkly lit nightclub after having a few too many cocktails.

While the world suffered through 2020, QuantumScape stock went on a tear in the fourth quarter, gaining more than 600%. Then QuantumScape gave back much of its gains in January, tumbling 40% so far this year.

Since QuantumScape only isn’t followed by Wall Street analysts, it’s hard to put these numbers in context. I guess it depends on which way the wind is blowing on that particular day, which is a gigantic red flag.

QS stock surged 55% when they debuted in November following a merger with a special purpose acquisition company (SPAC) called Kensington Capital Acquisition. Under the terms of the deal, Kensington provided about $680 million and a $500 million private investment in public equity (PIPE).

QuantumScape loses money and has no clear path to profitability. The company has about $1 billion in cash on its balance sheet, including Volkswagen’s (OTC:VWAGY) $300 million investment, which is nowhere near enough to scale up its manufacturing operation. QuantumScape and the German automaker have a joint venture to manufacture batteries.

Here’s the company’s warning, via its prospectus.

We expect the rate at which we will incur losses to be significantly higher in future periods as we continue to incur significant expenses in connection with the design, development, and manufacturing of our batteries. (And) as we expand our research and development activities; invest in manufacturing capabilities; build up inventories of components for our batteries; increase our sales and marketing activities; develop our distribution infrastructure, and increase our general and administrative functions to support our growing operations.

QS Stock Has Many Twists, Turns

Having close ties to Volkswagen, though, isn’t necessarily a plus. As the Wall Street Journal noted, the auto industry’s $50 billion investment in Volkswagen’s ID3, which was supposed to be Germany’s answer to Tesla (NASDAQ:TSLA), has been a “debacle” because of technical glitches that rendered features such as futuristic display panel useless. ID3 also lags Tesla when it comes to battery range, a key metric for electric vehicles.

QuantumScape’s $19 billion market capitalization makes no sense for many reasons, not the least of its lack of profitability. According to the company’s latest S-1 filed with the Securities and Exchange Commission, QuantumScape’s accumulated deficit was $701 million as of Sept. 30.

Its profitability pathway isn’t clear either, although its goals are certainly ambitious for its battery development for Volkswagen and other automakers.

“We believe that our technology enables a new category of battery that meets the requirements for broader market adoption,” according to the prospectus. “The lithium-metal solid-state battery technology that we are developing is being designed to offer greater energy density, longer life, faster charging, and greater safety when compared to today’s conventional lithium-ion batteries.”

Hype Is Based On Incomplete Data

QuantumScape claims that its batteries can charge 80% in less than 15 minutes, less than half the time needed to charge a Tesla Model 3. According to MIT Technology Review, the batteries retain more than 80% of their capacity over 800 charging cycles, which is the equivalent of driving 240,000 miles.

While QuantumScape’s claims are impressive, they are based on a single-cell prototype and haven’t been independently verified. It’s way too soon to get excited about the company’s technology since the company will need loads of cells in any battery that it would develop. Tesla’s batteries have more than 7,000 cells in them.

“We will need to acquire certain tools that we currently do not possess and develop the manufacturing process necessary to make these multi-layer battery cells in high volume,” the prospectus says. “If we are not able to overcome these developmental hurdles in building our multi-layer cells, our business is likely to fail.”

Several lawsuits allege that QuantumScape made “materially misleading” statements about its technology. That includes its ability to scale up to multi-layers cells necessary to power electric vehicles in the wake of a Jan. 4 Seeking Alpha article that claimed the risks associated with the company’s vehicles made them “completely unacceptable for real-world field electric vehicles.” The article claimed that it is unlikely that QuantumScape would scale up its technology for multiple cells. The company denies any wrongdoing.

When an MIT Technology writer asked CEO Jagdeep Singh about the company’s refusal to release its data publicly, he snapped: “No offense, but we don’t really care what you think, The people we care about are our customers. They’ve seen the data, they’ve run the tests in their own lab, they’ve seen it works, and as a result, they’re putting in massive bets on this company.”

QuantumScape is garnering a lot of attention. But the risks of buying QS stock far outweigh the potential rewards.

On the date of publication, Jonathan Berr did not have (either directly or indirectly) any positions in the securities mentioned in this article.

Jonathan Berr is an award-winning freelance journalist who has focused on business news since 1997. He’s luckier with his investments than his beloved yet underachieving Philadelphia sports teams.

3 Morgan Stanley Stock Picks With Room to Run
SBUX, QCOM, F Predictions: 3 Hot Stocks for Tomorrow
7 Tumbling Tech Stocks That Have Much Further to Fall
Up 64% This Year, SoFi Stock Is Still the Buy of a Lifetime
124 TIP: One Up on Wall Street by Peter Lynch