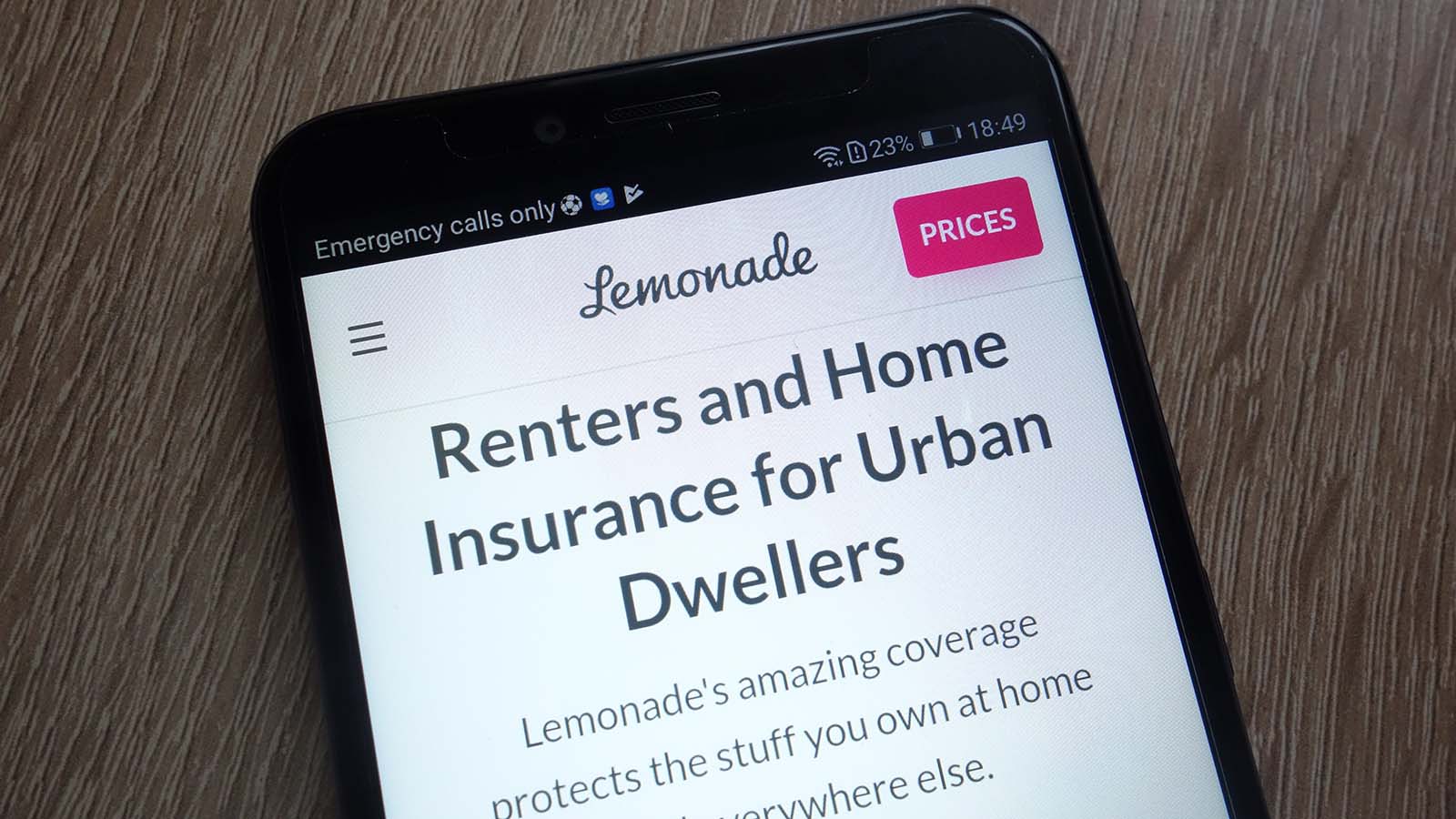 After the meteoric jump of Lemonade (NYSE:LMND) stock in December and earlier this month, many bears are piling on the name, declaring that the shares are overvalued and overbought.

I, however, continue to remain upbeat about the company’s outlook, as the positive points about Lemonade that I discussed in previous columns are still intact.  Specifically, I believe that the company’s growth outlook remains strong. Meanwhile, the stock’s market capitalization is still relatively low/ And many of the bears’ negative points will likely become irrelevant over the longer term.

Bears note that Lemonade sold 3.3 million shares for $165 each earlier this month. Further, prominent short seller Citron predicted on Jan. 14 that LMND stock would plummet “right back to $100.”

Additionally bears have pointed to what they see as the stock’s exorbitant valuation, its lack of profitability, slowing growth and supposed inability to become profitable in the future, as reasons to be skeptical about the shares’ outlook.

For example, Seeking Alpha author Bill  Maher noted earlier this month that Lemonade stock was trading for 82 times analysts’ average 2021 revenue estimate. And another Seeking Alpha columnist, Jeremy Blum, wrote that the company’s weaknesses included its “massive” losses, “no clear pathway to earnings,” “slowing growth,” and its decision to lower its profit potential by giving reinsurers a majority of its premium revenue to reinsurers.

Blum concludes that LMND stock is “a sell.” Largely, he said it was because he does not believe that the insurer has “a clear path to profits.”

Ratios, such as price-sales and price-earnings, are one viable way to determine how expensive a stock is. However, another is comparing a young company’s market capitalization to the marketing capitalizations of its older, highly successful peers.

In other words, let’s say that an investor believes that the market capitalization of a young company could, within five years, become, 50% as large as the market capitalizations of its larger peer. The investor can then determine what the younger company’s stock price would be if it achieves that goal. Subsequently, the investor could calculate whether it’s worth investing in it for the next five years.

The actual return will be somewhat lower if, as is likely, the company issues additional shares of LMND stock in the next five years. Still, if Lemonade’s popularity and profitability rapidly increase, its current valuation will have proven to be relatively low.

Concerns About Profitability and Slowing Growth

Lemonade’s gross profit, excluding certain items, came in at $9.3 million in the third quarter of last year, up 138% versus the same period a year earlier. And its Q3 revenue was $17.8 million.

The data indicates that its gross profit will likely increase much more rapidly than its costs. Indeed, in the 12 months that ended in September 2020, Lemonade’s total expenses rose 24% from 2019 levels to $175 million. Over time, as the insurer’s gross profit rises much more than its expenses, its bottom line should turn positive. Other trends should also boost its profitability. These include its expansion to new insurance markets and additional geographic markets. Also, higher reliance on cross-selling will be positive, as will word-of-mouth as its customer base climbs.

As far as its growth is concerned, multiple factors should cause the company’s growth to accelerate over the long-term. Among them are the exodus to the suburbs and the higher earnings of millennials and Generation Z. Also, Lemonade’s expansion to new geographic and insurance markets will have an impact.

As I mentioned, some bears criticize Lemonade’s decision to outsource large portions of its claim obligations to reinsurers. In exchange, the company pays reinsurers a high proportion of its premiums.

However, I think the company took this measure as an abundance of caution. The goal would be preventing insurance losses from surpassing cash reserves. I expect that practice will change when profitability improves.

The Bottom Line on LMND Stock

Lemonade’s growth and profitability are poised to surge, while its valuation remains reasonable. Therefore, I continue to recommend that longer-term, more conservative investors buy LMND stock.