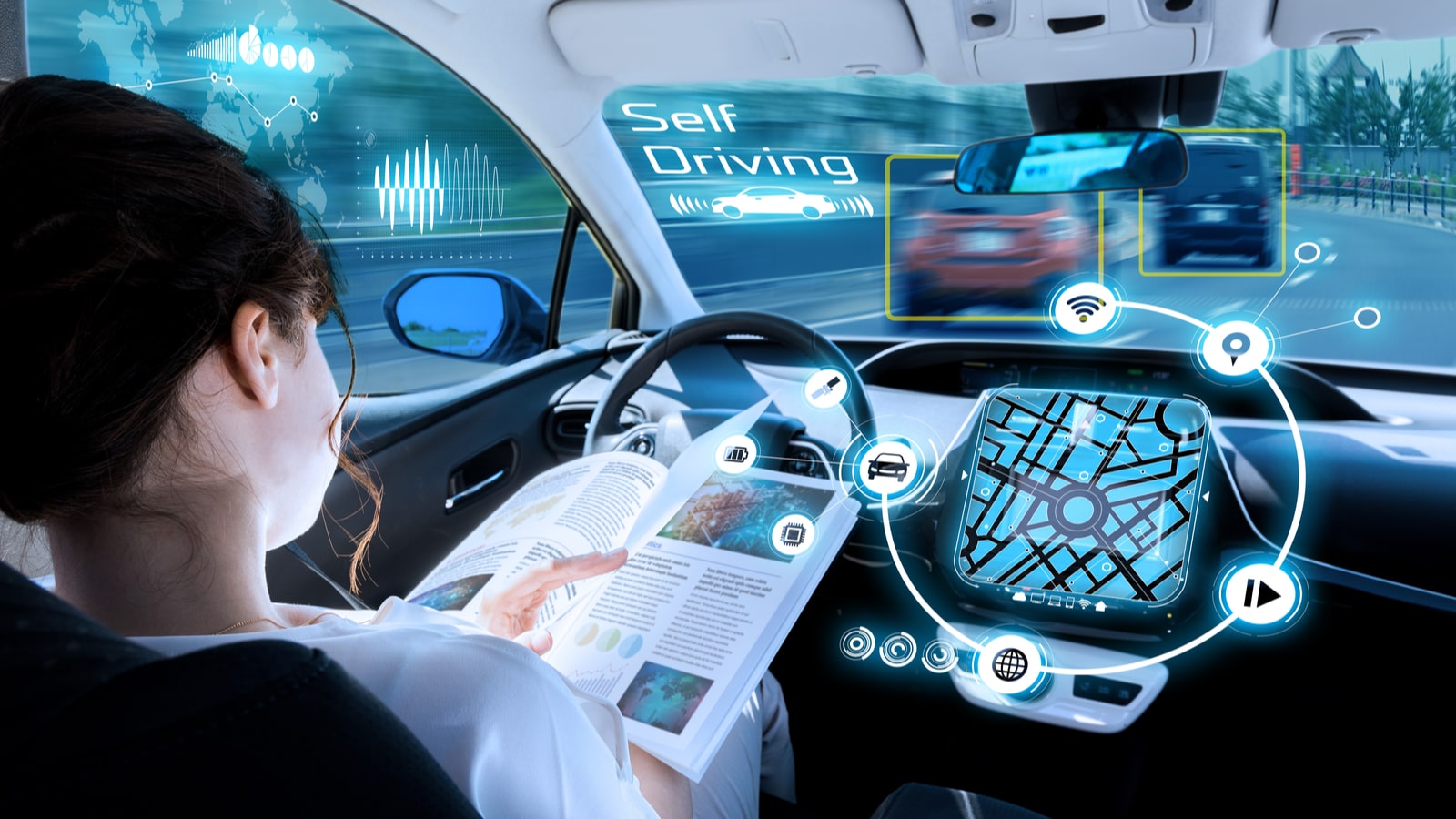 The positive momentum for electric vehicle (EV) stocks shows no signs of slowing. To say that traditional automakers were caught napping by the rise of Tesla (NASDAQ:TSLA) is an oversimplification of epic proportions. Nevertheless, not a day goes by without another company throwing its hat in the ring. Hence, it can get a bit confusing swimming in these waters. But in the middle of all this, Luminar (NASDAQ:LAZR) stock has emerged as a strong candidate to play the space.

Luminar is a leading designer and manufacturer of lidar – light detection and ranging – remote sensing equipment that allows cars to see and respond to their immediate environment. It went public through a reverse merger between Gores Metropoulos, a “blank check” company, and Luminar. Special purpose acquisition companies (SPACs) are becoming a popular way to go public versus the traditional IPO process. SPACs allow retail investors to pour capital in private equity-type transactions, particularly leveraged buyouts. If direct listings were the most popular way to go public in 2019, SPACs are the new direct listings.

According to Goldman Sachs, in 2020, 219 “blank-check” companies raised $73 billion in proceeds. The 462% year-over-year gain by SPACs this year outpaced conventional IPOs, which attracted $67 billion. However, picking SPACs is a tough proposition because of the lack of financial data at an investor’s disposal. However, that kind of issue should not impact LAZR stock. The company has a strong vision for its product and already achieved several milestones in its short journey.

But like a lot of EV SPAC stocks, LAZR has blown past most consensus estimates. It is now a bit overvalued, considering the size of its target market. Shares need to cool before this becomes a viable investment again.

LAZR Stock Is Not a Nikola

Whenever you talk about EV SPAC plays these days, you’re bound you get a few eye-rolls. When you go public through a SPAC, disclosures put more weight on forecasted financial data. In contrast, IPO prospectuses require audited past financial statements.

This is extremely bad for investors who often use this financial information to decide whether a company is a worthwhile investment or not. Nikola (NASDAQ:NKLA), a start-up aiming to develop long-haul semi-trucks powered by hydrogen and electricity, came under fire when short-seller Hindenburg Research published a report on Sept. 10 alleging that the company is “an intricate fraud.” Trevor Milton, founder and executive chairman of Nikola, resigned as a result of the allegations.

This scandal shook up the EV space, and understandably so. Investors asked themselves what guarantee they had that other companies were not going the Nikola way. However, if you are investing in LAZR stock, you can rest easy. Luminar is a strong and growing company. Lidar is an accepted, battle-tested piece of technology. And there is a huge addressable market that Northland analyst Gus Richard pegs at up to $2.5 billion.

Mobileye is an Israeli subsidiary of Intel (NASDAQ:INTC) that produces vision-based self-driving cars and advanced driver-assistance systems (ADAS) with more than 25 automaker partners.

Last November, it selected Luminar to provide lidar systems for its first-generation AV fleet starting in 2022. However, just a month later, Mobileye unveiled plans for an in-house lidar system. Northland Capital analyst Gus Richard believed it was unlikely that its lidar is ready by 2025, saying Intel “has other priorities.”

At Intel’s CES 2021 media day presentation, Mobileye doubled down on plans for an in-house lidar system on chip to use in AVs by 2025. LAZR stock fell 5.4% as a result. However, I don’t believe this is a major cause for concern.

Luminar is projecting sales of $837million, 55 times higher than this year’s expected revenue. It implies a forward 13.85 times price to sales. You could say that $837 million out of a potential $2.5 billion market is ambitious. But a company with a solid product in a nascent industry can certainly attain those numbers.

However, it’s still early days for the company. Expect competitors to come out of the woodwork and challenge Velodyne Lidar’s (NASDAQ:VLDR) hegemony. The Silicon Valley-based lidar technology company is in the game ever since founder David Hall invented modern lidar sensors in 2005.

But there are three reasons that Velodyne is losing ground. Firstly, it charges $75,000 for its best sensors. Luminar believes it can get the cost of its sensor down below $1,000. Second, several companies are building their own lidar technology. We’ve already discussed Intel’s plans. Waymo, the Google self-driving project that spun out to become a business under Alphabet (NASDAQ:GOOG,NASDAQ:GOOGL), also utilizes in-house custom lidar sensors. And lastly, the competition will only ramp up from here due to surging investor interest in electric vehicle and lidar companies. However, two of these three points are also valid for Luminar, which outperformed its sector by 34.5% in the past year.

In conclusion, as InvestorPlace’s Luke Lango explains, Luminar has the technology to back up its claims. It’s also one of the few players operating in the space at the moment. That gives it a first-mover advantage that several other startups will not have.

However, like many other EV plays out there, LAZR stock is overvalued. Bulls should take their profits while the rest should wait for a better price point to initiate a position. The long-term story is there. And so are the risks. Unfortunately, the stock price is only reflecting the former.

Faizan Farooque is a contributing author for InvestorPlace.com and numerous other financial sites. Faizan has several years of experience in analyzing the stock market and was a former data journalist at S&P Global Market Intelligence. His passion is to help the average investor make more informed decisions regarding their portfolio.

Is SOFI Stock a Good Buy? No. Here’s Why.
7 Heavily Shorted Penny Stocks for Your Short-Squeeze Watch List
My Arrival (ARVL) Stock Price Prediction for 2023
Stocks making the biggest moves midday: Meta, Align Technology, Coinbase, Eli Lilly and more
Up 64% This Year, SoFi Stock Is Still the Buy of a Lifetime