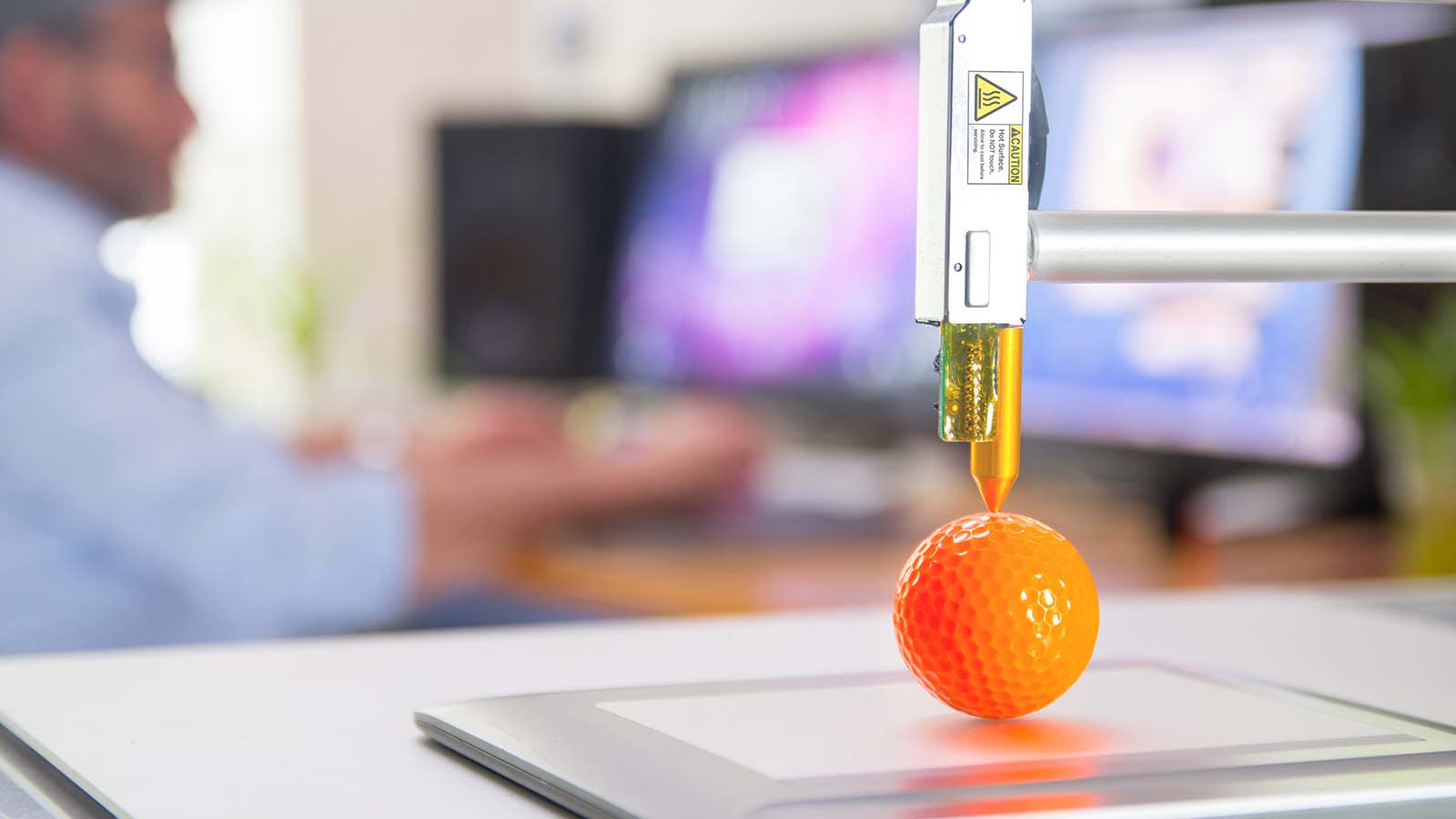 Remember 3D printing stocks? Back in 2013, they were all the rage on Wall Street … for a few months.

But the “factory in every home” dream was short-circuited by the reality that 3D printing is a complex, costly, laborious and time-consuming process. Most consumers and businesses felt the limitations of 3D printing were too numerous to overlook. The industry soon abandoned its dreams of printing a pizza dinner, leaving 3D printing stocks to fend off the bears.

Shares of industry leader 3D Systems (NYSE:DDD) doubled overnight this week after the company reported much better-than-expected fourth-quarter numbers. Long story short, analysts were looking for revenues to fall 15% year-over-year in Q4, and for profits to fall about 20%. Instead, revenues are going to come in up 5% year-over-year, while adjusted profits are expected to more than double, and maybe even triple.

That’s a huge delta. It can be explained by the fact that the once-overhyped, now-depressed 3D printing industry is finally ready to break out.

Old 3D printers were slow, expensive and niche, since they could only print in plastic. But these machines have made huge advancements in terms of cost, speed and ability since 2013. It’s to the point where 3D printers are now capable of quickly (and cost-effectively) mass-producing metal end-use parts on the factory floor.

That means 3D printers can now be integrated into assembly lines — and that’s exactly what will happen, since these printers offer certain automation and customization advantages over legacy manufacturing process for creating specialty parts.

In other words, the long overdue 3D Printing Revolution has finally arrived. And it’s going to be everything that 2013 hoped it would be. The “additive manufacturing” market (which is just a fancy term for 3D printing) is expected to grow by more than 1,000% — from $12 billion today to nearly $150 billion by 2030!

To get a foothold in this hypergrowth megatrend, you have to know the right players. Here are my favorite 3D printing stocks to buy to play this emerging megatrend:

For starters, the company has the right roots. Desktop Metal was founded in late 2015 by a bunch of genius MIT professors and well-respected 3D industry veterans, meaning it’s the brain-child of some of the most capable people in this space. Kleiner Perkins — the venture capital firm that backed Amazon and Google in their early days — is also one of Desktop Metal’s earliest and largest investors.

Thanks to this confluence of unrivaled talent, Desktop Metal has created and patented a breakthrough technological process in industrial AM called “single pass jetting.”

The nuts and bolts here are complex (at a high level, AM machines build objects layer-by-layer, and while most printers have to go over a single layer multiple time before it’s finished, Desktop’s printers only have to do a “single pass”). But the result is simple: Desktop Metal’s printers are the fastest in the industry. By a long shot.

Faster means lower costs, because one Desktop printer can print as many end-use products in one day as three or four traditional 3D printers.

In addition to all of that, Desktop Metal has secured a global distribution network over 80 partners across 60 countries, and created a SaaS offering to complement its printers (thereby setting up a highly profitable, recurring software business model on top of its hardware AM business).

From head to toe, Desktop Metal is the best-in-breed player in a 3D printing market that’s set to soar by more than 1,000% over the next decade. That’s a winning recipe for huge gains ahead for DM stock.

Next on this list of 3D printing stocks to buy we have Protolabs. Protolabs is what you would call a “digital manufacturer.” Most companies outsource manufacturing. About 84% of organizations outsource at least some part of their manufacturing process. Traditionally, such outsourcing went to legacy manufacturers, or companies with big, mechanical factories. Protolabs is a fresh twist on that tried-and-true market, providing a modernized service built on automation technologies which dramatically accelerates, cheapens and improves the process.

On the acceleration front, everything is automated: Project proposals; Quotes; Editing of designs; Even the actual manufacturing of the product. In a traditional model, those steps would take weeks to complete. But Protolabs automates all those steps with fast-firing software, yielding customers firm quotes in minutes. It even ships parts as soon as the same day after the receipt of a design submission.

Meanwhile, on the cheap front, most of the labor is removed. Legacy models were powered by teams of engineers and factory floor workers, all of whom carry a cost. But the Protolabs model is powered by software, which carries a much, much lower cost than physical labor. By removing most human labor from the manufacturing process, Protolabs is pioneering a new digital manufacturing model that is significantly cheaper.

Lastly, on the “improving the process” front, Protolabs removes human error. Regardless of where you lie on the human versus machines debate, it’s pretty inarguable that a well-designed machine is far less error-prone than even the best of human workers. That’s why Protolabs has a 97% on-time delivery rate with predictable lead times and consistent finished product quality. Of course, that’s big, because speed-to-market and quality-of-product are increasingly important in today’s hypercompetitive global markets.

Big picture: Protolabs is on the cutting edge of defining a new era of digital manufacturing that, simply put, is much better than the way we currently make things.

That’s a winning recipe which broadly implies huge gains ahead for PRLB stock.

Last, but not least, on this list of 3D printing stocks to buy we have Materialise. Materialise is a decades-old AM company which splits evenly into two parts: software and services.

On the services side, Materialise operates multiple 3D printing sites across Europe – which together host about 150 3D printers – and uses those large manufacturing sites to create 3D end-use parts and prototypes for various industries, like healthcare, automotive, aerospace, art & design, and consumer goods.

Cool business. But also immersed in a very competitive market. That’s why when it comes to MTLS stock, I’m much more excited about the software business.

Materialise has constructed a portfolio of proprietary AM software platforms which are increasingly turning into the backbone of the 3D printing industry. These software platforms enable multiple mission-critical and value-additive processes across the AM supply chain.

For example, the company’s Magics software converts computer-aided design (CAD) formats – which are the genesis of most all 3D designs – into standard tessellation language (STL) files that can be read by 3D printers. It’s what allows 3D printing to turn a design into a finished product.

Another one of the company’s platforms, Streamics, is a central logistics and control system which links together all of the 3D printer systems in a network and enables coordinated, seamless workflow between them. It’s basically the “brain” of an AM network.

Meanwhile, yet another one of the company’s platforms, Mimics, allows medical professionals to convert medical imaging data into a 3D model – and also in the medical field, Materialise’s ProPlan CMF enables surgeons to pre-operatively plan their surgeries in 3D based on CT or MRI images.

Across the board, Materialise’s software platforms are emerging as the mission-critical backbone of various 3D printing processes.

And, to that end, MTLS stock is a high-quality, explosive and competitively-shielded tech play on the 3D printing rebirth.