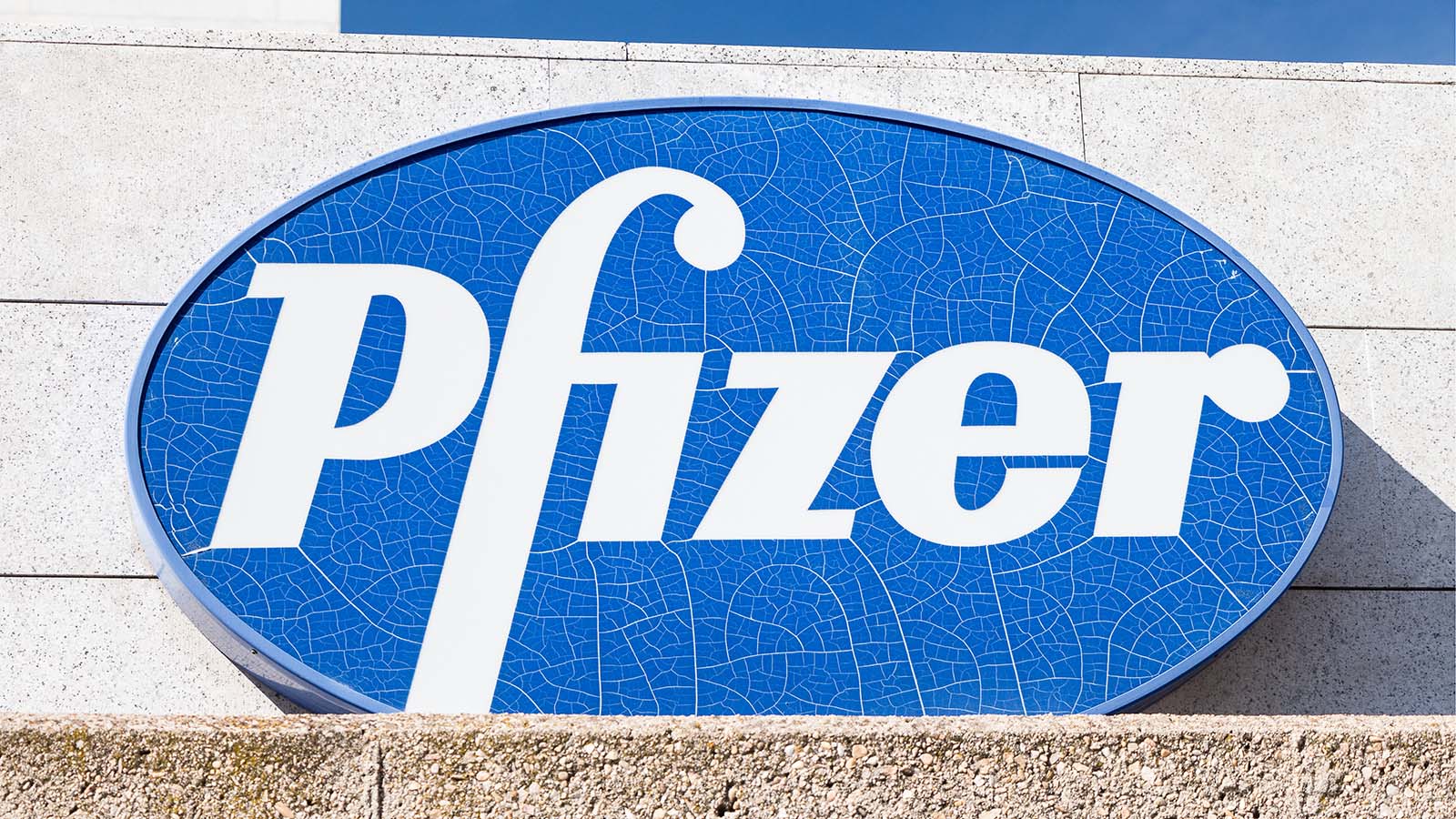 Shares are trading at a relatively low valuation, and there are multiple promising drugs and vaccines in Pfizer’s pipeline. Plus, the company is won’t face several key patent expirations until 2026.

Moreover, given the numerous “shots on goal” the drugmaker has over the next few years and the stock’s meaningful dividend, the shares almost definitely will not drop significantly over the longer term.

A Closer Look at PFE Stock

Pfizer’s next wave of patent expirations is not poised to begin until 2026, Fierce Biotech recently reported. So, for the next five years, investors don’t have to worry about the drug maker’s top and bottom lines tumbling due to its loss of exclusivity over its drugs.

Meanwhile, the company has many promising drugs in development. Last September, Pfizer reported that it was developing three gene therapies that could cure hemophilia and muscular dystrophy. Those therapies alone could eventually generate a cumulative $4 billion of annual revenue, the company said.

Pfizer last month reported “promising” data on its giroctocogene fitelparvovec gene therapy for the treatment of hemophilia A. Pfizer is developing the therapy in partnership with another drug maker, Sangamo (NASDAQ:SGMO).

Last October, the FDA put the company’s gene therapy for Duchenne muscular dystrophy on a fast track. Importantly, the therapy has already produced statistically significant, positive results in a small number of patients with the rare disease.

Additionally, Pfizer predicted in September that its abrocitinib drug for Atopic dermatitis its vupanorsen treatment for triglyceriude reduction, and its Pneumococcal vaccine for protection from bacterial infection would each generate peak annual revenue of $3 billion.

Further, as I pointed out in my previous column on PFE stock, Pfizer is working with BioNTech on more mRNA influenza vaccines. This continues building on the work done by Pfizer and BioNTech as well as by Moderna (NASDAQ:MRNA) on the Covid-19 vaccine. I still believe there are more mRNA vaccines Pfizer will develop in this partnership that will keep driving the stock.

In 2019 and 2020, Pfizer raised its dividend by eight cents per share, and it increased the payoff by another four cents headed into this year.

The PFE dividend is now $1.56 per share and yields around a fat 4.25%. Meanwhile, given its emerging drugs and lack of key patent expirations in coming years, as well as its vaccine for the novel coronavirus, it’s likely to keep raising its dividend in the coming quarters and years.

So investors who buy the shares now will get paid pretty meaningfully until Pfizer’s pipeline starts to mature further. Despite Pfizer’s high dividend yield and strong pipeline, the forward price-earnings ratio of PFE stock is an affordable, attractive 12.3.

I stand by my belief that Pfizer stock is unlikely to get a further, meaningful lift from the vaccine for the coronavirus that it developed in partnership with BioNTech. (NASDAQ:BNTX). As a result, I remain convinced that short-term investors and those looking for relatively fast growth should not buy the shares.

For conservative, long-term investors and those looking for dividend income, Pfizer, however, looks like an excellent stock to buy.

On the date of publication, Larry Ramer held a long position in Moderna.