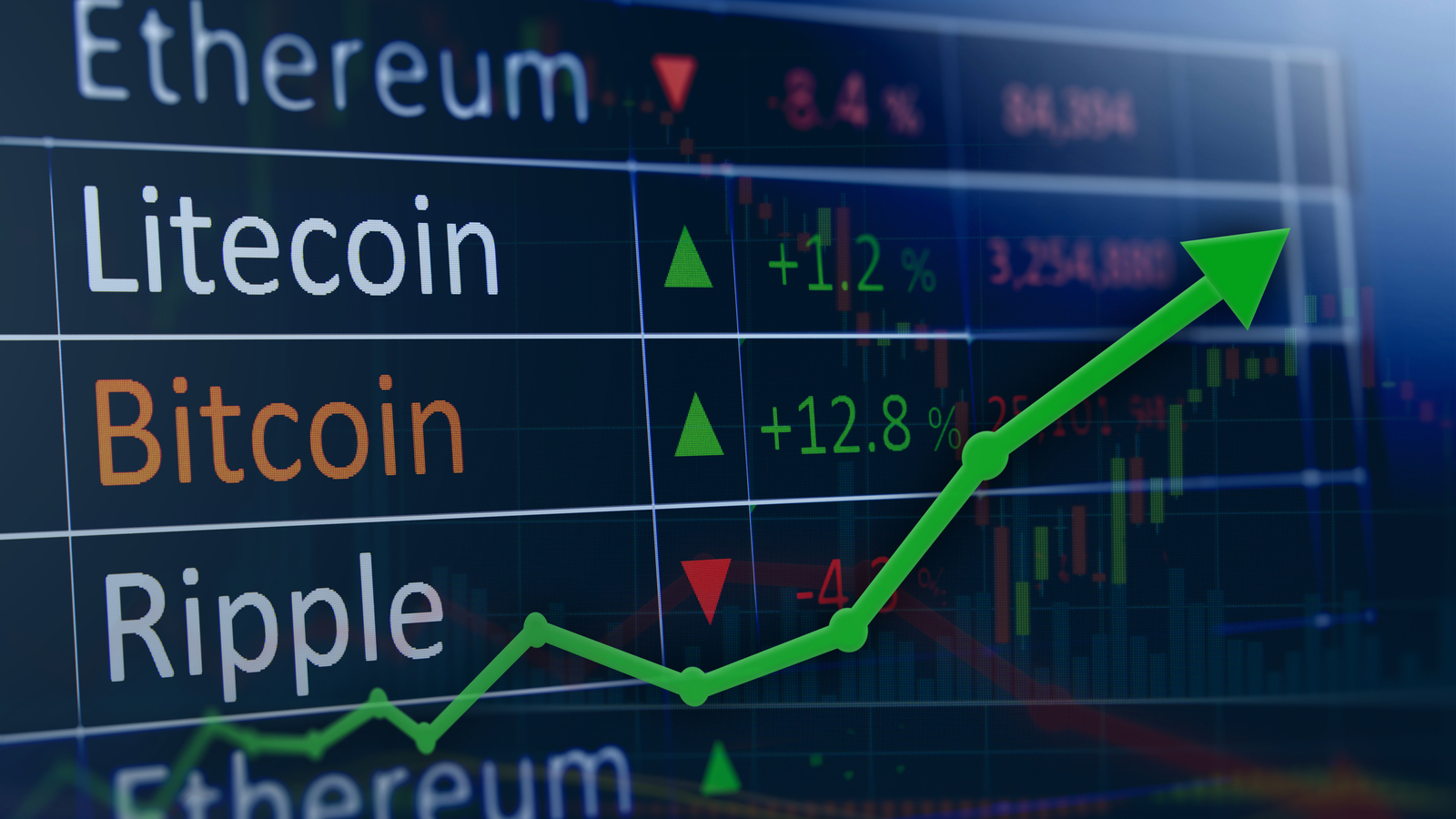 When gold was discovered at Sutter’s Mill in the 1850s, thousands upon thousands of people rushed to California hoping to strike it rich.

Some got lucky and did. Most did not.

A few very smart folks made their fortunes another way — by selling basic goods to the miners.

You may not have heard of Sam Brannan, but he was the first millionaire of the California Gold Rush. He made his fortune selling pots, pans, shovels, and picks to all the gold hunters.

But you probably have heard of Levi Strauss, or at least Levi’s jeans. He started producing a new kind of durable pants for the miners. They became a huge hit and Strauss got rich. And as you know, his company’s blue jeans and now other products are still successful nearly 170 years later.

This “picks and shovels” strategy is a brilliant business model … and a brilliant investing strategy.

It may have originated long before the technologies driving our world today, but you can still get rich using it today …

One of the great things about investing in massive transformational technologies is that there are a few ways you can do it.

One is the direct route, which would be like going for the gold.

Another is to invest in related companies that will profit from the growing value of an industry or product.

And a third is to invest in ancillary plays — the good old picks and shovels strategy. I’ve had a lot of success investing this way through the years, and I’m not stopping now.

The picks and shovels strategy can even be applied to something as modern as bitcoin, cryptocurrencies, and the underlying blockchain technology that they are built on. In fact, I just recommended two blockchain-related stocks in the new Investment Opportunities issue that was just released. 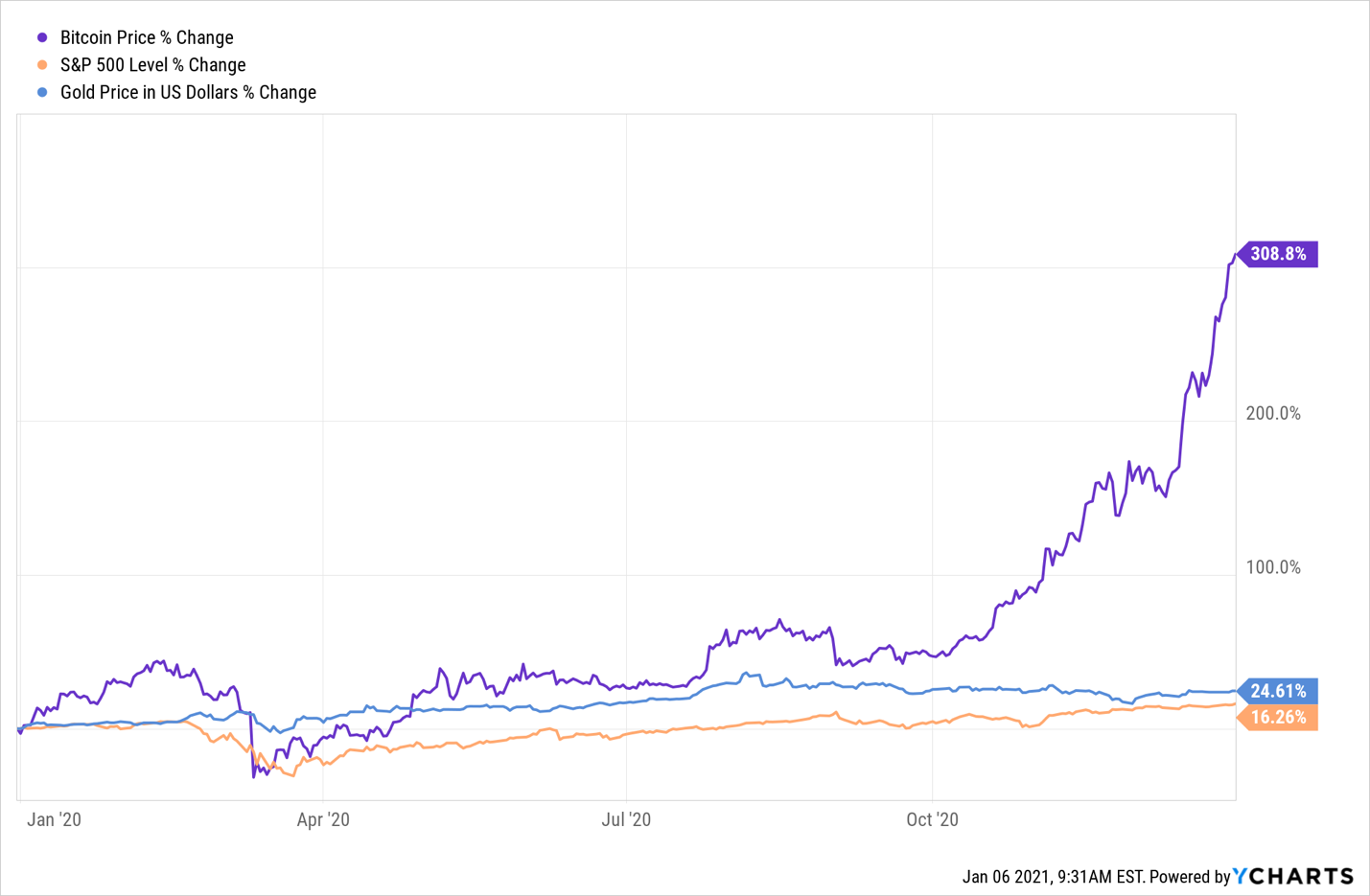 Bitcoin’s breakout last year was impressive, but what has taken place in just the first week of 2021 is staggering. The cryptocurrency is on absolute fire. In just the last seven days, bitcoin climbed as much as 38% to hit $40K. Less than a month ago, everybody was all abuzz as it rallied through $20,000 for the first time.

The excitement goes beyond bitcoin. Ethereum, the world’s second largest cryptocurrency and the largest altcoin, is up over 70% in the last week and above $1,000 for the first time in years. And the value of the entire crypto industry surpassed $1 trillion today for the first time ever.

Blockchain is going to be huge because it will touch virtually every industry on Earth. I’m talking about your financial and banking information… your personal healthcare information … proprietary business information … contracts … tax information … credit card payments … real estate transactions … energy … and on and on.

It is already being used in more and more places all the time, and this massive disruption creates great opportunities for us as investors.

I love investing in bitcoin and altcoins, but it’s also smart to invest in related stocks. These are the picks and shovels of the digital gold rush.

For example, as the world moves further into the Roaring 2020s, industries will be forced to adopt blockchain technology or be left behind. This will require computing power comparable to the PC boom from the 1980s into the 2000s. Chipmakers like Intel (NASDAQ:INTC) were some of the biggest winners of that technology bull market. Its stock soared more than 3,700% in the 1990s.

We are now at that same point in the next technology boom a quarter of a century later. Semiconductor companies and chipmakers that concentrate on blockchain will be some of the biggest winners of the Roaring 2020s. I just recommended one of these companies in the new Investment Opportunities issue, a stock that I believe has 10X potential in the next decade.

The other company I recommended not only stands to benefit from the blockchain boom, it’s also the hottest kind of investment on Wall Street right now — the SPAC, or Special Purpose Acquisition Company. This company went public last fall via the SPAC route, and it’s the first of its kind to list on the Nasdaq.

It’s a unique find. I think it may be the only opportunity for individuals to invest in the entire ecosystem of cryptocurrencies and the blockchain. And it won’t make a difference whether bitcoin, Ethereum, or smaller altcoins are the big winners during the Roaring 2020s. As long as cryptocurrencies and blockchain continue their high growth trajectory — and I can’t see how they won’t — the odds of this company growing significantly are very high.

Looking ahead at what’s coming, you should think about your exposure to blockchain-related investments. Some are saying it’s going to be bigger than the internet.

Whether that’s true or not, it’s going to be very big. And the good news is, there are multiple ways to grow your wealth.