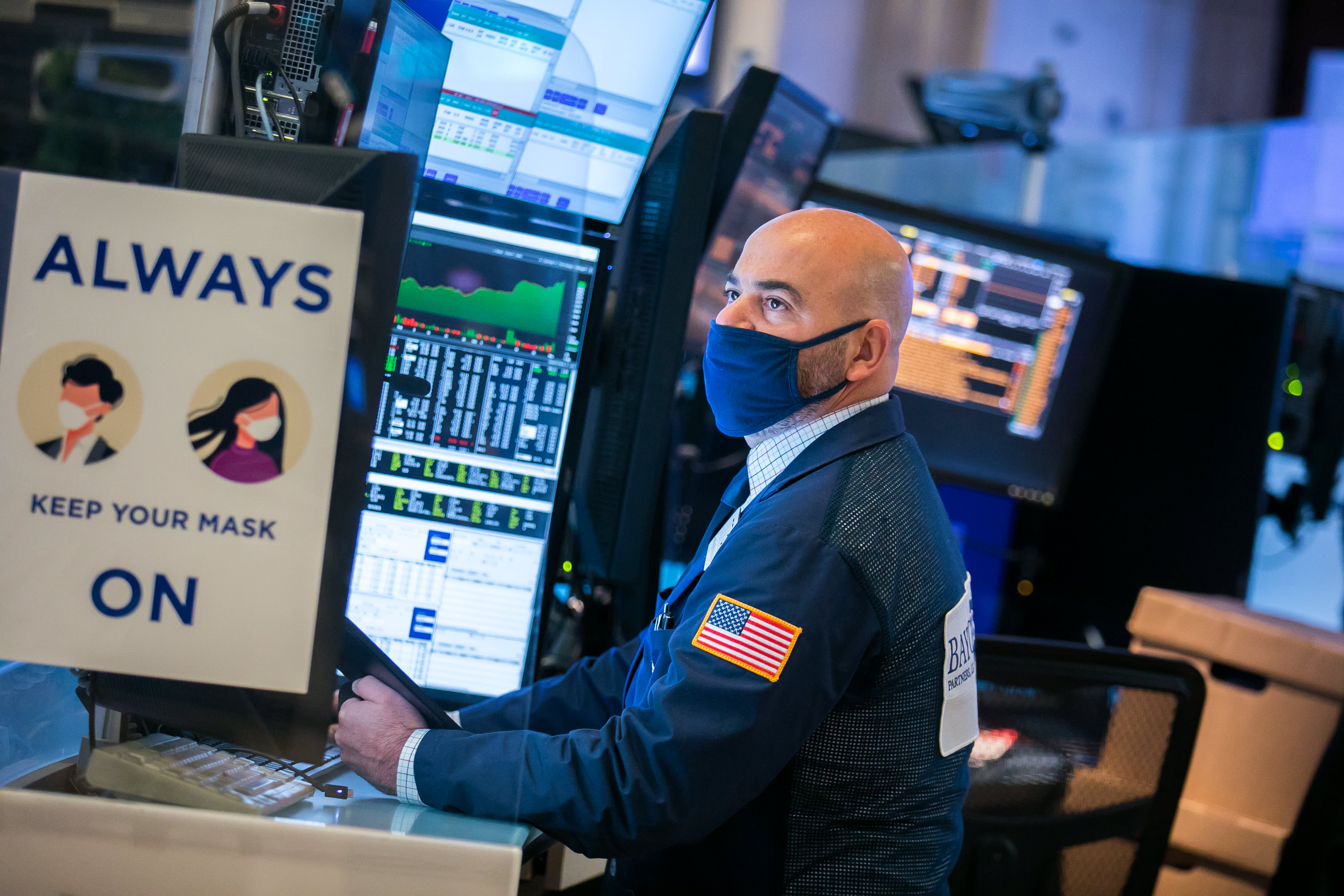 Take a look at some of the biggest movers in the premarket:

Walgreens (WBA) – Walgreens is selling its Alliance Healthcare businesses to pharmaceutical distributor AmerisourceBergen (ABC) for $6.5 billion in cash and stock. Alliance is a pharmaceutical wholesaler based in Europe.

Tesla (TSLA) – Morgan Stanley raised its price target for Tesla to a Street-high $810 per share, following better-than-expected fourth-quarter deliveries. Morgan Stanley maintains an “overweight” rating on the stock. The shares rose 3% in premarket trading as of 7:47 a.m. ET.

Bank of America (BAC) – Deutsche Bank named Bank of America a “top pick,” based on a positive outlook for bank stocks in general and the idea that BofA has strong cost controls, solid capital returns, and other positive factors. The shares gained 3% in premarket trading as of 7:47 a.m. ET.

Alibaba (BABA) – Alibaba is planning to raise at least $5 billion through a dollar-denominated bond offering this month, according to people with knowledge of the matter who spoke to Reuters. One of the people said the offering could potentially raise as much as $8 billion for the Chinese e-commerce giant.

Wells Fargo (WFC) – Wells Fargo said it was notified by the Office of the Comptroller of the Currency that a 2015 consent order related to anti-money laundering compliance had been terminated, after the bank took steps to remedy related issues.

CoStar Group (CSGP) – CoStar is suing rival real estate data provider RentPath, accusing it of sabotaging a deal to buy RentPath for $587.5 million. The lawsuit said RentPath employees sent emails to customers warning that prices would increase if the deal was allowed to go through.

Despite Recent Rebound, BBIG Stock Is Still a No-Go
7 Sorry EV Stocks to Sell in February Before It’s Too Late
Gilead’s Stock is on Sale: Should You Buy?
Stocks making the biggest premarket moves: Peloton, Snap, AMD, Electronic Arts & more
The 7 Most Undervalued Blue-Chip Stocks to Buy in February 2023