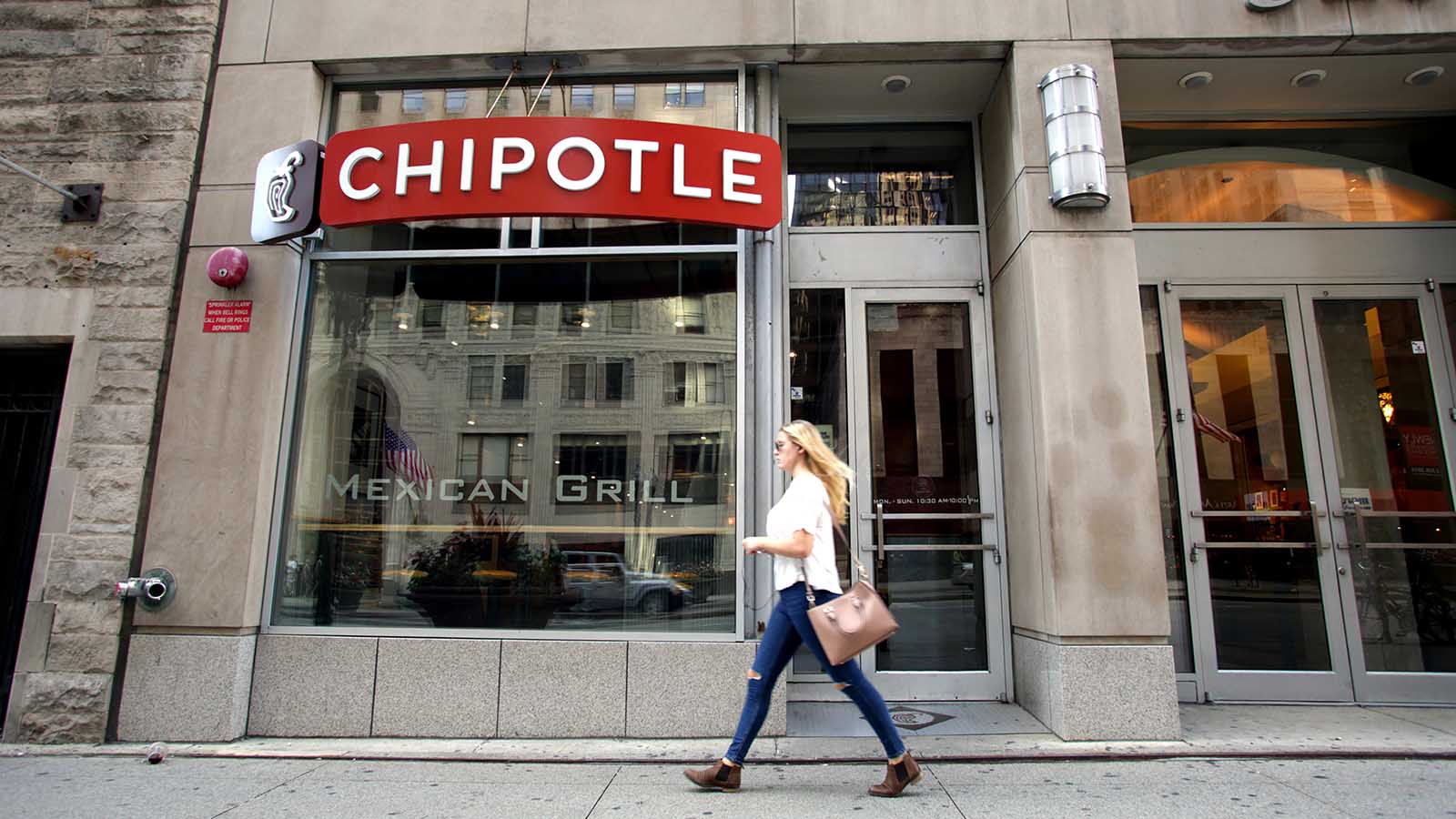 On so many levels, Chipotle Mexican Grill (NYSE:CMG) has been a winner. Gone are the days when the company was associated with a disturbing series of food-poisoning incidents, after which CMG stock traded at one point well under $300. Today Chipotle’s shares are above $1,350.

Therefore, congratulations are in order for those speculators who took a risk with CMG stock and made off like bandits. And Chipotle’s management team deserves tremendous credit for leading a remarkable recovery. For instance, it took many years for Jack in the Box (NASDAQ:JACK) to recover from its food-poisoning scandal in 1993, even though it had the benefit of the roaring 1990s.

Of course, the pandemic took things to another level. Initially, CMG stock took a hit in early 2020, as many other companies did. With lockdowns and a mysterious virus spreading across the U.S., its burritos – made as you wait – weren’t exactly appealing.

However, Chipotle quickly recovered relative to other eateries, with demographics likely playing a contributing role. According to a Statista Global Consumer Survey, most Chipotle visitors are in the 18-to-29 age bracket, followed closely by the 30 to 49 crowd. Roughly speaking then, Chipotle is the eatery investment of choice for Generation Z and millennials.

Of course, with these folks’ technical savvy, you’d imagine them working in occupations that are conducive to telecommuting. Essentially, then, most Chipotle visitors likely received an income boost.

They were already eating at its stores during the pre-pandemic era. But in the new normal, they no longer had to deal with commuting costs and other office-related expenses. That meant that they had more money to spend on reasonably low-cost, guilty pleasures, such as Chipotle’s admittedly delectable offerings.

But can this trend continue to support CMG stock in 2021? Here’s why I have some doubts about that.

When it comes to recession-proofing your portfolio, going with food-and-beverage names isn’t a bad idea. Back during the Great Recession, many analysts called Coca-Cola (NYSE:KO) a viable and stable pick. Basically, soft drinks provide cheap entertainment, a quick respite from the daily grind. But will the same dynamic apply to CMG stock?

On one hand, there is a chance that it might. Chipotle isn’t a fancy sit-down restaurant, which means it offers great value for the money. Further, it’s trendy, appealing to a younger base, and it’s perfect for casual get-togethers or even a recession-era romantic date.

On the other hand, such recession-fueled consumption habits seem to favor “true” fast-food companies, such as Domino’s Pizza (NYSE:DPZ) or McDonald’s (NYSE:MCD).

Fast-casual restaurants are a bit of a question mark because of the premium prices they command in exchange for their higher-quality ingredients. After all, if you’re just seeking comfort food and don’t care so much about its health impact, any reasonably edible item will do.

If the incoming administration of President-elect Joe Biden doesn’t have adequate answers for the present economic carnage, then it’s possible that fewer people will have the means to frequently splurge on fast-casual restaurants, which would negatively affect CMG stock. While white-collar workers may be enjoying life now, the pink slips might start filtering up to higher-paying jobs.

Additionally, most consumers are clearly not ready for unnecessary discretionary spending. Since 2005, around the peak of the housing bubble, the personal saving rate accelerated from just under 3.1% to nearly 16% in the third quarter of 2020.

During the same period, the credit card delinquency rate for commercial banks dropped from 3.7% to a historic low of 2%. While this last statistic might sound like a good thing, the reality is that it reflects a culture of deflation; people are saving money like mad because they don’t know what tomorrow will bring.

In this environment, middle-level restaurants might not do so well. Those who want cheap entertainment will go for the cheapest or the highest-value products, while those who can afford the good stuff may not want to deal with Chipotle.

The Competition Will Be Fierce

Back when CMG stock was suffering under the weight of the food-poisoning scandals, the company introduced various promotions in an effort to earn back its customers. While this strategy hurt Chipotle’s  margins in the near-term, it obviously got the job done.

But now many consumers are desperate like Chipotle was during the worst of its crisis. Major fast-food companies have some margin to work with regarding discounts and promotions due to their high-volume business. Thus, if we incur an economic slowdown, we could see a race to the bottom.

It’s possible that Chipotle could compete in this scenario. However, wars of attrition aren’t very comfortable. Thus, if you’ve already amassed huge “paper” profits on CMG stock, you may want to consider unloading some of the shares.

The 3 Most Undervalued Fintech Stocks to Buy in February 2023
Options Trade Idea (Butterfly) – $100 Trade on Tesla TSLA with 48% Return Potential
Stocks making the biggest moves midday: Amazon, Alphabet, Apple, Nordstrom, Ford and more
Why SOFI Stock Is Not Out of the Woods Yet
2 Red Flags That Make GOOG Stock a No-Go Right Now