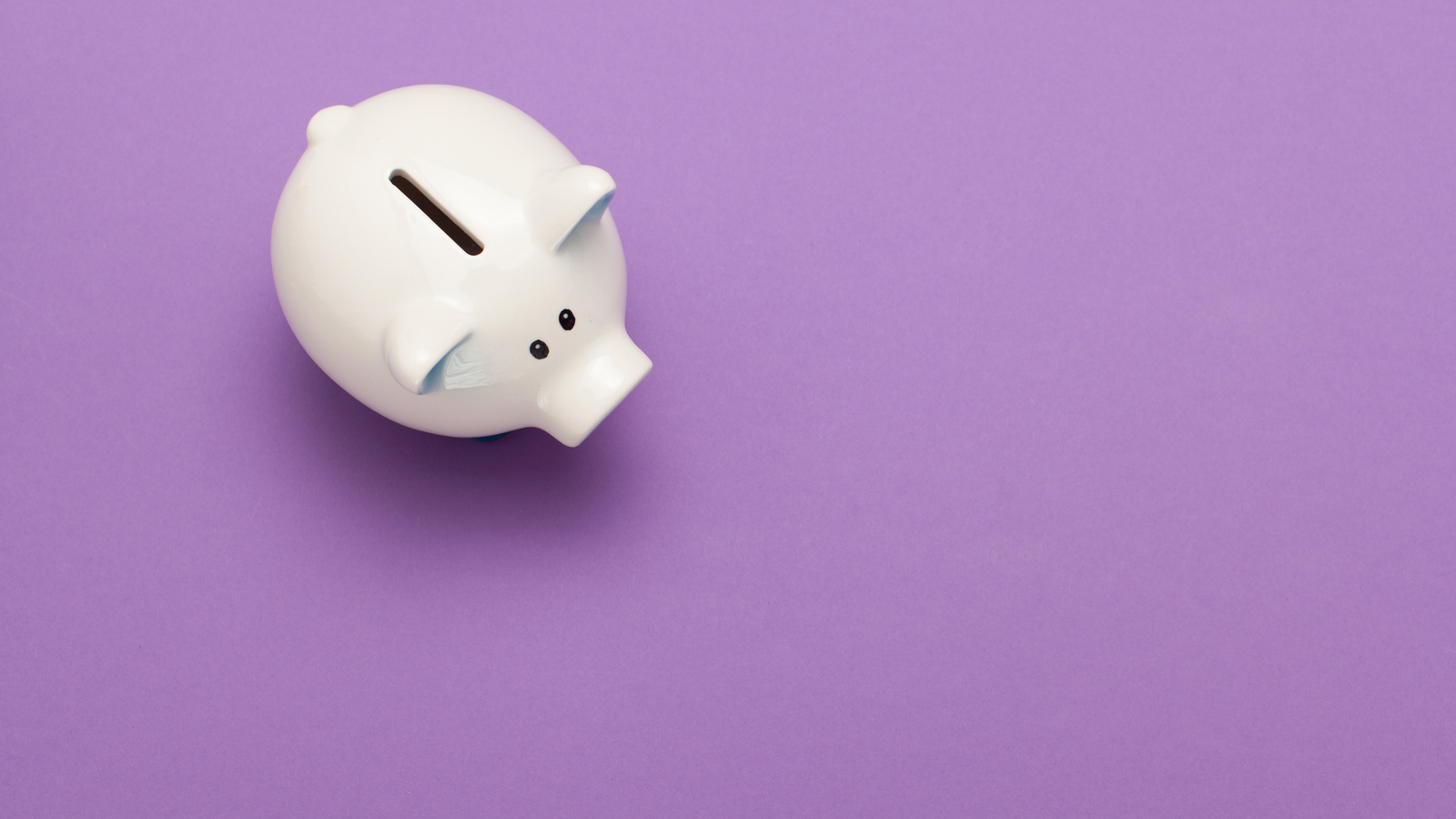 Everyone loves a good bargain, right? Well, when the market endured that painful selloff in March, it drove down stock valuations. At the time, though, volatility was so high and there were so many unknowns that it was hard to pile into names. So, are there still cheap stocks to buy now?

The short answer? Yes. That brutal second-quarter decline created a lot of cheap names. But in many cases, it’s been hard to tell what’s cheap and what’s a trap. That’s because we didn’t know how businesses would react to the new environment.

As we near the end of 2020, though — with all major U.S. stock indices at new highs — it’s pretty clear the market is doing fine. And there are still a number of cheap stocks out there, waiting to fetch a bid from buyers.

I recently looked at some cheap picks that have become not-so-cheap over the past month or so. So, let’s see if we can find some other bargains now.

When someone clicks on an article about bargain stocks to buy, they probably don’t think they’ll see a high-growth tech company with a market capitalization of over $648 billion. But that’s what we have with Alibaba.

Why is BABA stock on this list? Well, when I’m looking for cheap stocks, I’m not just after names with a low price-to-earnings ratio. I also look for stocks with unique fundamentals or that are cheap relative to the company’s growth rate.

That’s exactly what we have with Alibaba. From its peak to recent trough, shares tumbled almost 34%. Now, the price sits at over $234. But I have a rule of thumb called the “40% rule” — when a high-quality company falls 40%, it’s worth a close examination.

Although Alibaba hasn’t quite fallen that far, it’s worth a look. Shares are down on regulatory concerns for both itself and Ant Group, the latter of which the company holds a one-third stake in. However, I see the tech firm’s current regulatory headaches as nothing more than the Chinese government flexing. This too will pass and the focus will eventually shift back to the company’s fundamentals.

Next on my list of cheap stocks is Qualcomm. Thanks to a massive catalyst with 5G technology, Qualcomm is set to churn out high-quality growth in the immediate future. Plus, its deal with Apple (NASDAQ:AAPL) ensures that it will have dependable customers on the other end of the transaction.

Despite this, though, the stock has been wobbly up near its new highs. Shares fell 9% in a three-day span in mid-December. Currently, the stock remains 5.7% below this month’s high, giving investors an opportunity to buy.

The company also recently began its fiscal year 2021, where consensus estimates call for 40% revenue growth. For this, investors are currently paying just about 21 times forward price-earnings.

Furthermore, although next year’s estimates call for a deceleration in growth, they still call for growth overall. Throw in the 1.73% dividend yield — almost double the 10-year Treasury yield — and Qualcomm looks attractive.

AT&T almost always finds itself on the lists of cheap stocks to buy now. But with such a massive dividend yield and a low valuation, how can it not?

Currently, the name pays out a yield of 7.3% — a huge yield versus fixed income and most other dividends. Moreover, the stock trades at just 9 times this year’s earnings estimates.

With that said, though, there are some red flags.

The stock has ebbed and flowed roughly between the mid-$20s to mid-$30s for the last five years. In that span, buying below $30 has generally rewarded shareholders and — without Covid-19 hitting — the stock was setting up for a move over $37 and perhaps up into the $40s.

Of course, the choice to not raise the dividend earlier this month is surprising given that AT&T is a Dividend Aristocrat. That said, AT&T had only been raising the quarterly payout by a cent per share for the last several years. So, raising the dividend was more of an effort to keep the streak alive than anything else. Plus, at 7.3%, do we really need more yield when that extra cash flow could reduce debt?

Speaking of debt, AT&T continues to refinance at ultra-low interest rates and is looking to divest assets outside of its core strategy. The company’s TimeWarner acquisition was expensive, but it’s a free-cash-flow machine. That will support lowering the debt and maintaining its lofty payout at a reasonable level. Finally, its HBO Max unit is now available through Roku (NASDAQ:ROKU) and should gain significant traction soon.

Earlier in this article, I mentioned that special cases sometimes create a unique fundamental situation that can influence what I consider one of the “cheap stocks.” I think we have that with Gogo.

Too often, investors are willing to overlook situations like this — they gloss over the price-earnings ratio and maybe glance at some revenue growth estimates. In Gogo’s case, shares could have a very strong 2021, should the catalysts continue to line up.

The company essentially has two business units: commercial aviation (CA) and business aviation (BA). Recently, though, it announced the sale of its CA unit, which was a negative contributor to the bottom line and cash flow. But the risk to Gogo was that the deal wouldn’t close come early Q1.

Well, the company let it out earlier this month that the deal has indeed closed. At its highs, shares jumped 13.4% in a single day on the news, but it has since given up those gains. It now trades just below $10.

Getting rid of the CA unit for nothing would have been beneficial to Gogo, given its drag on the financials. Getting $400 million in cash is immensely better, however. That will allow the company some flexibility as it cleans up its balance sheet and leverages the profitable BA unit moving forward.

So, is this a takeout target? Perhaps. But even if it’s not, GOGO stock is cheap and worth a closer look.

Getting back to cheap stocks with circumstances that are a little less unique, though, Walgreens could present some nice value to investors. In fact, WBA stock has been stuck in the mud for years, bobbling along while the rest of the market chugs higher.

That’s not a great sales pitch, but it seems like the value is getting too hard to ignore. Shares bottomed near $33 in late October just after earnings, before taking off and temporarily clearing $44 a month later.

Then the news of Amazon’s (NASDAQ:AMZN) pharmacy plans hit the wires and both Walgreens and CVS (NYSE:CVS) cratered. That is typical “Amazon is taking over the world” price action. When it comes down to it, though, Amazon rarely swoops in and takes all the market share. So, I don’t expect WBA’s demise to happen as a result.

All that said, the company is prepped for modest top- and bottom-line growth both this year and next year. Shares trade at a paltry 8.1 times forward earnings and pay out a 4.75% dividend yield. That leaves some meat on the bone for investors.

This year, energy has been the worst-performing sector out there by a long shot. While the financial sector is doing much better, though, it is the second-worst performing group. However, there seems to be some value in many of the individual holdings.

Ally Financial is one of theses — and it’s really unique. That’s because of both its valuation and its stock performance.

Shares were hit hard in February, falling some 25% by the end of the month. Then, despite rallying 51% from its low in March, ALLY stock still ended that month significantly down from pre-pandemic prices. That speaks to the volatility it has seen this year.

Since then, though, Ally has rallied for nine straight months. That’s rare price action even for the best-performing stocks this year. The company has crushed earnings estimates for the last two quarters and it’s days away from finishing its final quarter of fiscal 2020. Then it begins fiscal year 2021, where analysts are calling for 10% revenue growth and even better earnings.

So, even as it is at new highs, ALLY seems like one of the cheap stocks to buy, trading at nearly 9.2 times forward earnings. On top of that, the stock trades at less than one times book value. As such, savvy investors should take a closer look at this name on a dip.

Last but not least on my list of cheap stocks is Bristol-Myers Squibb. BMY stock continues to not get the credit I believe it deserves.

The current company is a result of its mega-acquisition of Celgene, which Bristol-Myers got just over a year ago in late 2019 for $74 billion. This was a massive deal that generated great long-term value.

Celgene had a low valuation, but it was not executing very well, driving that valuation even lower. That low valuation is also present in Bristol-Myers, as Wall Street forces the stock into “prove it” mode.

Well, this company is here to do just that.

Like many other names on this list, Bristol-Myers trades at less than 10 times forward price-earnings. Because it involves adding in Celgene’s results, comparing current-year estimates to the prior year doesn’t do much good.

Instead, we’ll look at forward estimates. While estimates are prone to inaccuracies, analysts expect 9% revenue growth in fiscal 2021 and 17% earnings growth. And given that the company has beat on earnings estimates consistently, perhaps even these figures are conservative.

It also helps that the stock pays out a 3.2% dividend yield. So, will Wall Street reward Bristol-Myers with a higher valuation? Who knows. But if it delivers on expectations, the company should bring great value to shareholders.

On the date of publication, Bret Kenwell held a long position in T, GOGO, AAPL and BMY.

Relief Rally For Chinese Tech
Beware! Why the Recent NIO Stock Rally Could Be Fleeting
Is ARVL Stock a Good Buy? Here’s My Call.
Op-ed: Salesforce appoints ValueAct’s Morfit to its board and a proxy fight may loom ahead
Wednesday Predictions: 3 Hot Stocks for Tomorrow